During Oscar Roundtables where Hollywood directors met to discuss their experience in film and directing, Denzel Washington scoffed at the idea that making a movie is a difficult job.

Washington recalls some of the first jobs he had before becoming a movie star – like being a garbage man and working in the post office.

“They weren’t bad jobs,” he said, adding that he preferred the garbage man job since he could do eight hours of work in three hours and then clock out.

He mentioned that union people say making a movie is a difficult job, but there are other things that are much harder to do, like sending a child to war. 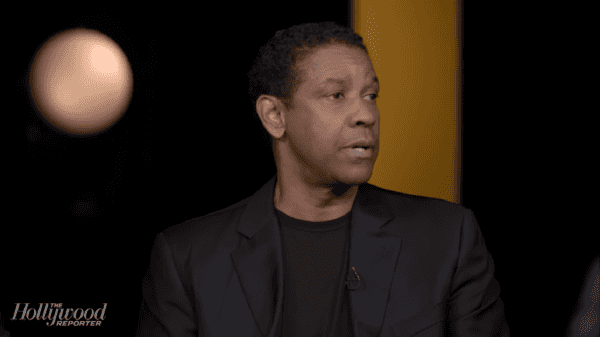 “It’s like the union people saying: ‘Oh the difficulty of making a movie’. I’m like, well send your son to Iraq. That’s difficult. It’s just a movie. It’s like, relax,” Washington said. “I don’t play that precious nonsense. Get out of here.”

“Your son got shot in the face? That’s difficult. Making a movie is a luxury. It’s a gift. It’s an opportunity, and most importantly, it’s a gift,” he said. “Don’t get it twisted.”

Watch his remarks in the video below, beginning at about 4:24.

Washington explained he wasn’t sure what he was going to do as his career while he was in college, which he started at the age of 17.

He first did pre-med and planned to be a doctor, then switched to political science with plans to be a lawyer, then went into journalism. He said he was working towards liberal arts without even realizing that’s what he was doing.

Washington started in theater and played a couple different roles but said that he didn’t aspire to act in films because there weren’t many “like him” besides Richard Pryor and Sydney Portiere.

Once he read Fences, the August Wilson screenplay, he thought needed work. Despite the changes it needed, he wanted to play the role of Troy Maxon — and he did just that. It was a huge success and won multiple awards.

Washington also directed Fences. He said he was handed the script and told to direct it. He admits that he was filled with fear when he first started directing and was clueless about most aspects of it. He said that he had anxieties when he started acting too, but the fears were different.

With directing, he said the fear stems from being in charge of more than 200 crew members, but acting is a fear of being on stage and forgetting lines. Despite these challenges, he is grounded enough in reality to distinguish the differences between movie making and military service.