Few things are as satisfying as watching everyday items get destroyed. And few YouTube channels showcase such destruction as well as FullMag.

In his newest video, Richard Ryan fires a massive 20mm anti-tank gun at a defenseless computer, and the result is even better than expected.

The 20mm bullet fired from the Finnish Lahti L-39 rifle towers over its smaller counterparts in a comparison shot before the demonstration. And the weapon itself, the 100lb, 87-inch beast of a gun, looks as menacing as can be.

Ryan’s target: a shiny new iMac computer that is about to be destroyed in the blink of an eye.

Check out all of the destruction in the video below:

The massive gun requires Ryan to lay prone as he sets up the World War II-era weapon. With the insanely large bullet locked and loaded, Ryan fires away.

The single shot from the gun sets off a huge shockwave and Ryan is jolted back. The hellacious gun nearly jumps off the ground from the force. 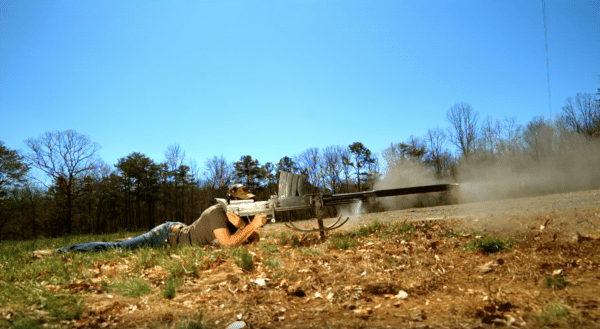 In a few slow motion shots, the 20mm round can be seen flying out of the gun with a puff of smoke trailing behind it. The round more resembles a missile rather than a bullet as it heads towards the computer.

The iMac, of course, is completely destroyed in an instant. The extreme force from the bullet send shards of glass everywhere, and the computer twirls 180 degrees from the impact.

Given the age of the weapon, even Ryan is surprised he was able to strike his target with such accuracy. 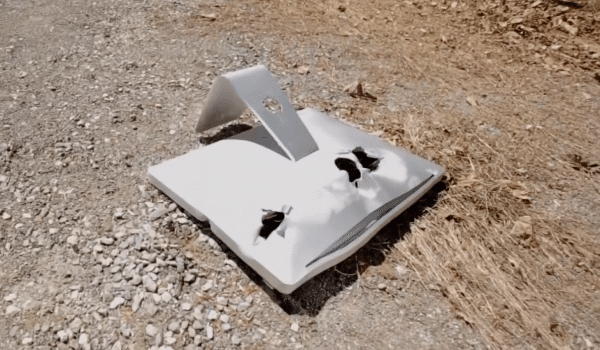 Another slow motion replay reveals the bullet slicing through the aluminum computer like a hot knife through butter. The round has enough momentum to keep going well past the initial impact.

Not satisfied with a single shot, Ryan fires another devastating round at the already battered and bruised computer. The once beautiful and expensive piece of technology is now reduced to a pile of broken parts.

Ryan’s FullMag YouTube channel has amassed more 2.4 million subscribers since its inception. He is known for pitting an impressive array of weapons up against popular items such as iPhones, gaming consoles and vehicles. His most popular videos have racked up tens of millions of views.