Getting the chance to fire one of the biggest and most powerful machine guns is exciting by itself. Doing so on a United States Coast Guard ship while cruising the open waters adds another whole element to the experience.

That’s exactly the kind of thing cadets aboard a coastal patrol boat can expect during their training as they seek to become part of the fine men and women who protect America’s coastline. A video posted to YouTube offers viewers the chance to see some of that awesome training in action.

According to the video’s uploader, the trainees are aboard the Cutter Manta, an 87-foot coastal patrol boat.

“This cutter is the smallest, multi-mission patrol vessel employed by the Coast Guard,” the video description states. “It is designed to perform its missions out to 200nm in the coastal waters of the United States.” 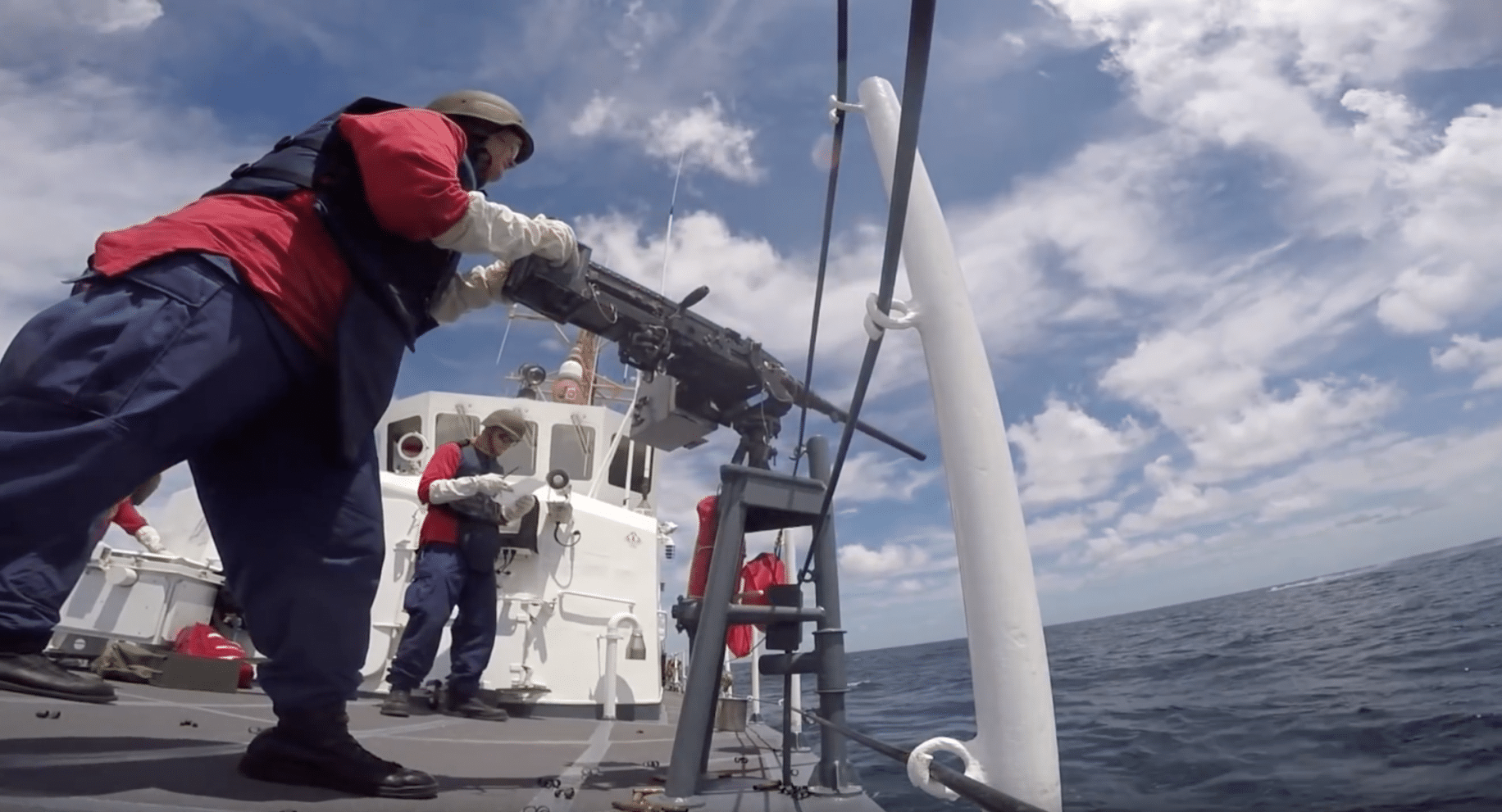 The Cutter Manta is also equipped with a Browning M2 .50 caliber machine gun. The versatile, air-cooled, belt-fed machine gun is mounted at the side of the ship and offers some serious firepower and protection for its crew. 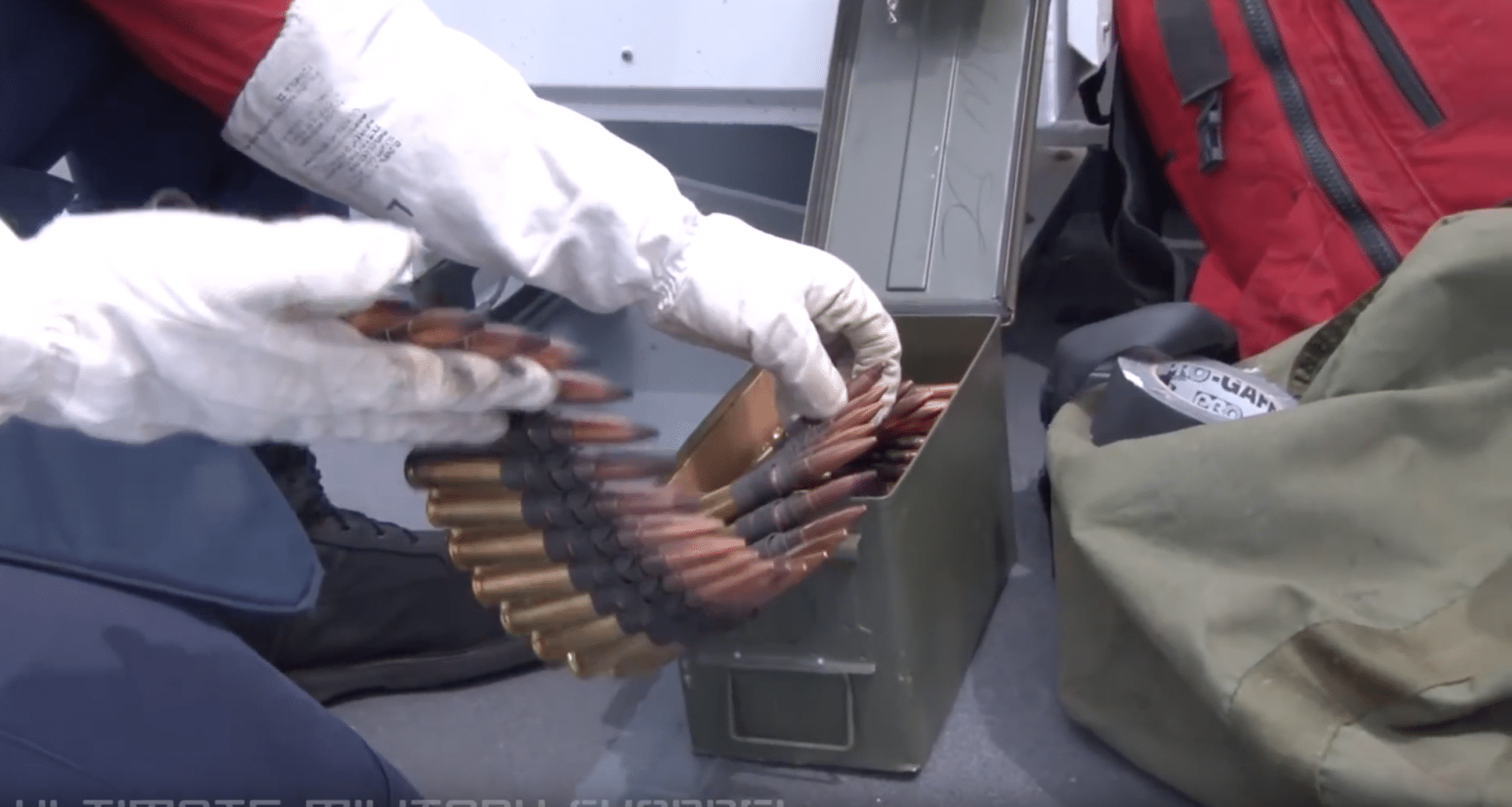 In the video, trainees can be seen firing the massive machine gun into the open ocean. The clip begins with the individuals suiting up in protective bulletproof gear. With safety being a top priority, the future Coast Guard crew are then ready to take on the beast of a gun.

The 80-pound, 65-inch weapon can tilt, turn, and swivel in all directions as the cadets line up their shots. With feet planted firmly on the ground and two hands wrapped around the handles, the gun fires off a handful of ear-piercing rounds. 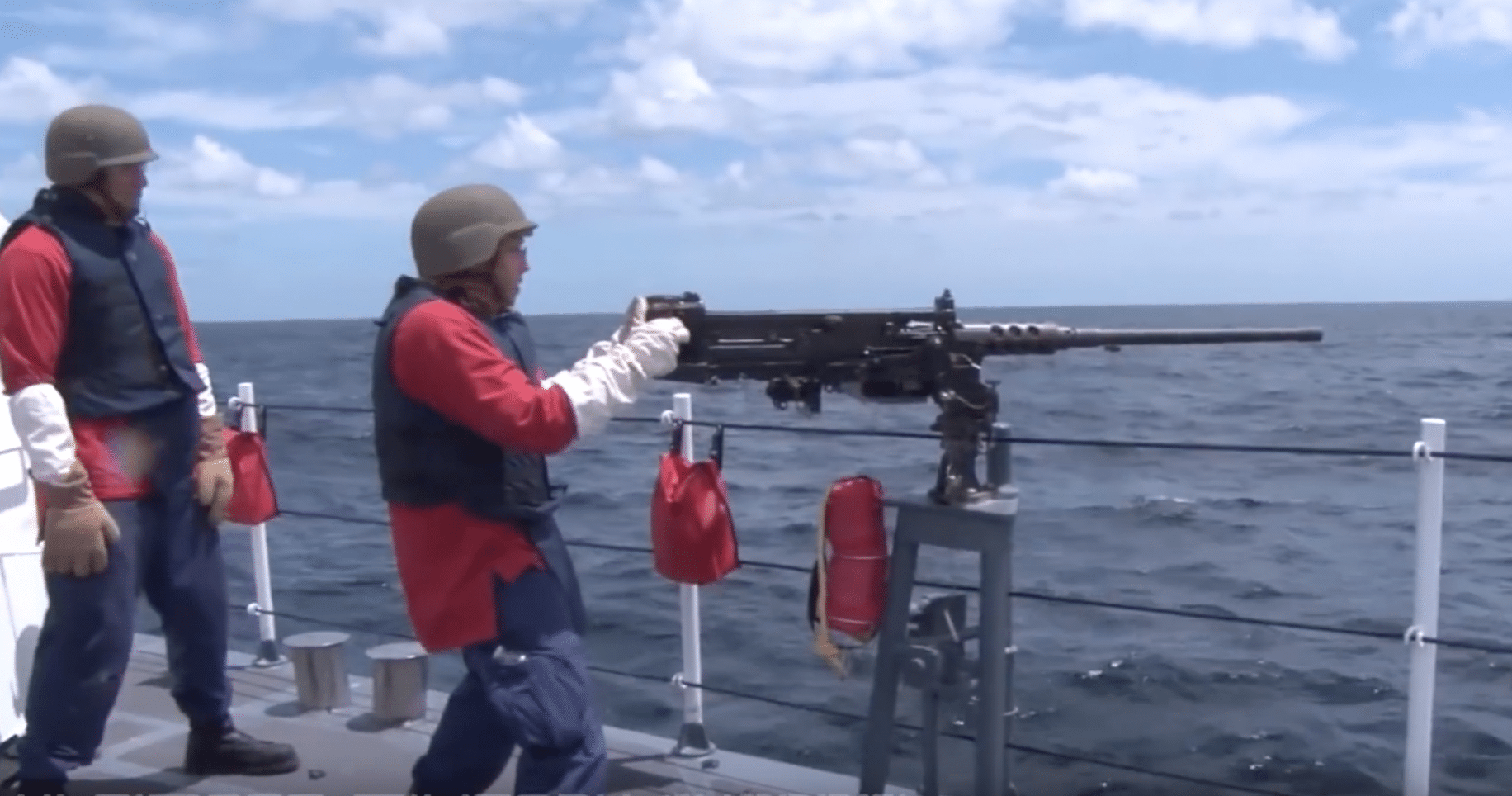 Designed in the early 1900s, the M2 Browning is a weapon that has certainly stood the test of time. With three million guns produced over its nearly 100-year history, some form or another of the M2 has seen action in nearly every major war around the world.

The weapon can be mounted to vehicles, aircraft, ships, buildings, bunkers and more, and can be customized into countless different variations.