Matt Carriker of Demolition Ranch tests out a bulletproof mask to see if it can hold up. (Demolition Ranch/YouTube)
November 23, 2016 Wade Bennett
Share
Tweet
Flip

Bulletproof vests are a tried and true way of potentially protecting oneself against gunfire. From police officers to presidents to everyday civilians, body armor is widely used in countless scenarios in order to keep vital organs protected. But one area of the body has almost always remained incredibly vulnerable to bullets: the head.

So-called bulletproof “masks” do exist – and they are often used by military and swat teams alike. But can they really offer adequate protection? Well, Matt Carriker of Demolition Ranch tested one out for himself to find out.

Check out how the bulletproof mask held up in the video below:

In the video, Carriker explains that the mask is level 2 bulletproof, meaning that it is rated to hold up against .22 long rifle, 9mm, and .40 caliber shots.

“This thing isn’t metal, its Kevlar, so it’s pretty light,” Carriker explains. “But it really obstructs your field of view.”

Perhaps a small price to pay, so long as it protects you. 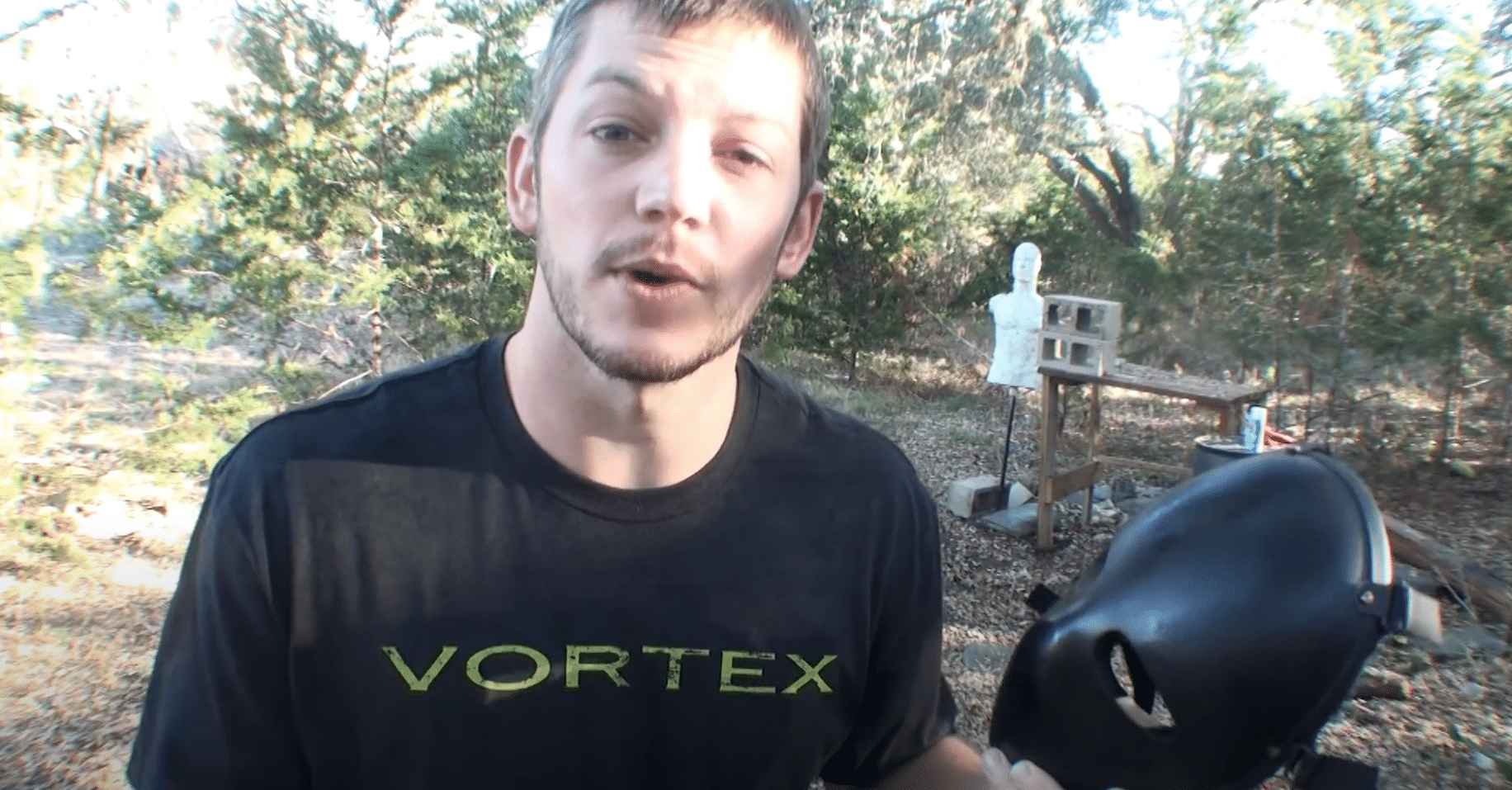 To test out the mask, Carriker starts small with the minimum rated round, a .22 long rifle. Firing off the first shot, the mask, which is affixed to a dummy, shutters ever so slightly. But after taking a closer look, the mask survives with just a small scrape from the bullet.

With the next shot, Carriker uses a .380 ACP. This time, the bullet certainly leaves a mark. The mask has a relatively large scrape right above the eye hole, but it still got the job done. The dummy on the other side remained perfectly safe. 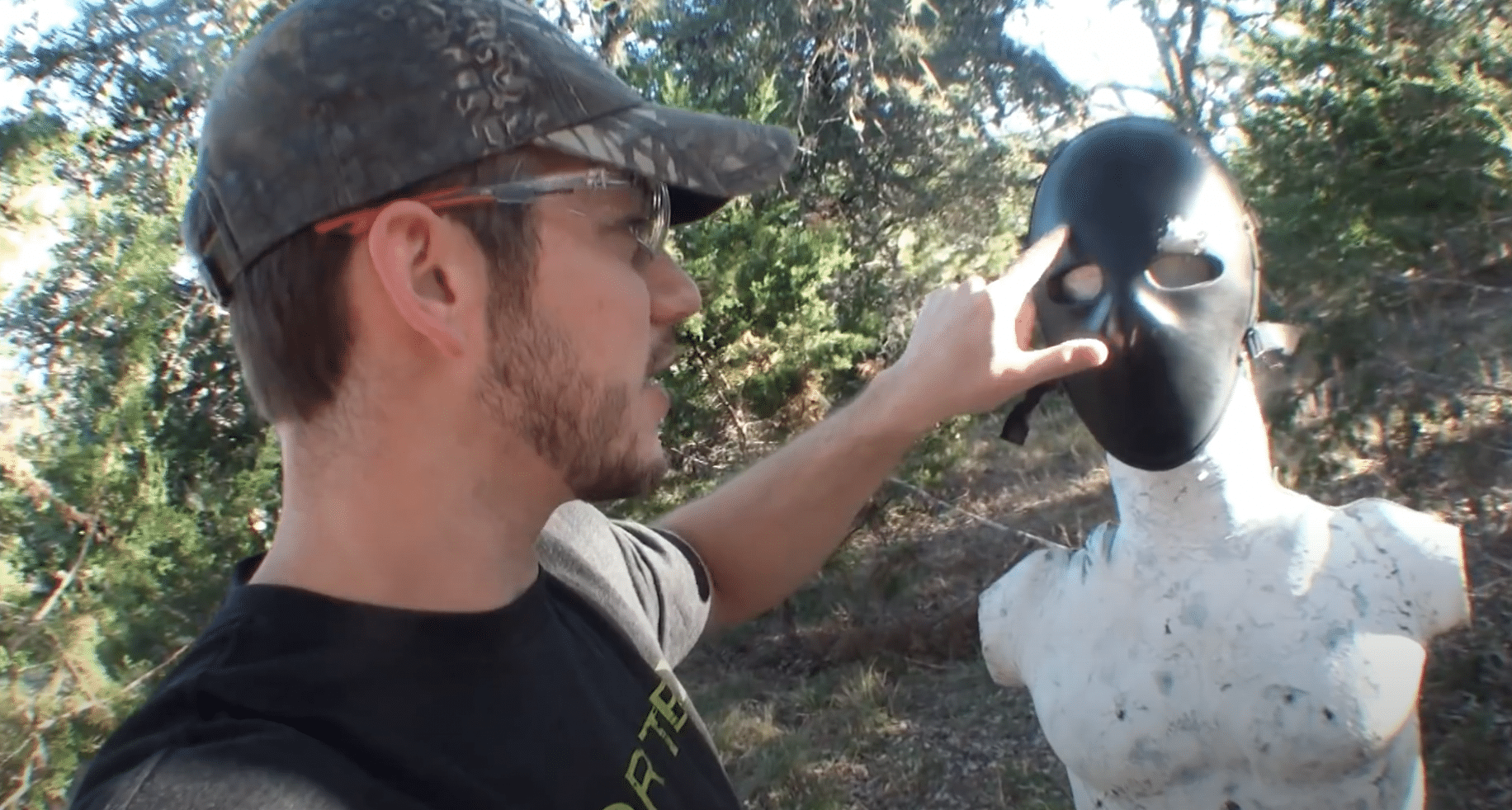 Shot after shot, the mask surprisingly holds up well. Sporting some new battle scars, the mask  has certainly seen better days. But after a dozen different rounds fired every which way, nothing seems to have gotten through the material, and the dummy on the other side remains intact. 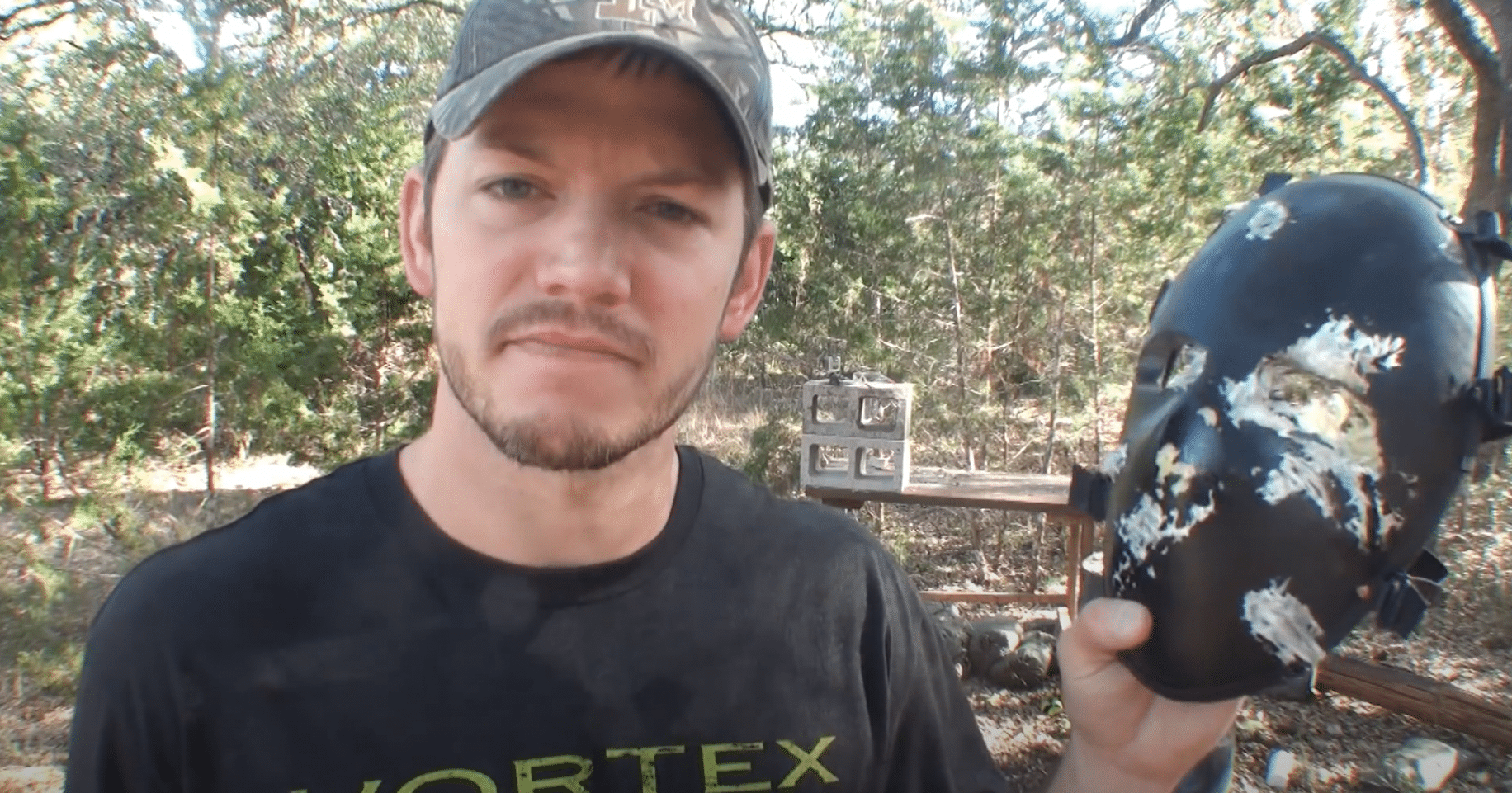 However, in the end, Carriker does get the best of the mask when he breaks out his personal .500 Magnum. The massive round penetrates the mask, pierces the dummy and send shrapnel flying.

“Bulletproof masks are expensive, bulky, uncomfortable but pretty awesome,” Carriker says at the end of the video. “And this one did everything it was supposed to do and then some!”

With how well it held up, it may just be worth considering if you’re in the process of expanding your gear.