A .50 caliber sniper rifle is a force to be reckoned with. Capable of hitting targets from some 2,000 yards away with a devastating blow, it is certainly one of the most deadly weapons in any arsenal.

And while such a rifle should never be used as a toy, it is sometimes fun to see the damage it can inflict on some everyday items. 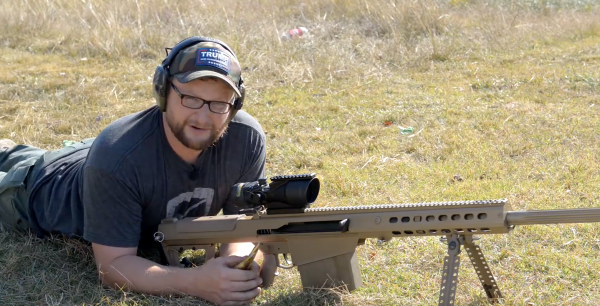 Eric Blandford from the Iraqveteran8888 YouTube channel pits his Barrett .50 cal up against a pile of pumpkins, and the result is a perfect slow-motion pumpkin-squashing Halloween spectacle.

Check out the pumpkin destruction in the video below:

In the video, Blandford fires off three very different bullets: an armor-piercing incendiary (API) round, a Lehigh Defense 750 grain controlled chaos bullet and 327 grain scorcher. Each bullet results in varying levels of destruction as they cut through the pumpkins.

Blandford jokingly says that he will be firing the bullets from a safe distance before the camera reveals his position as practically point-blank.

“OK, I lied. We’re a little closer than we probably should be,” Blandford says. The pile of some 20 pumpkins sits just a few feet away from the end of his rifle. 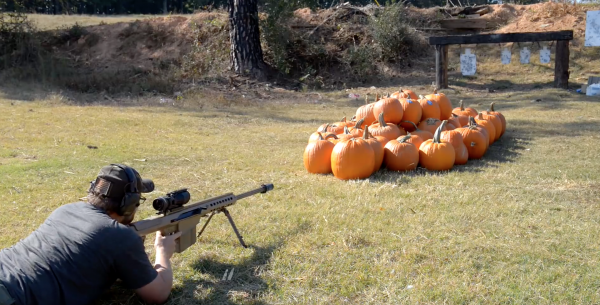 Before his first shot, Blandford admits that even he is not quite sure the level of destruction each round will deliver. But with every pull of the trigger, the pumpkins are nearly obliterated.

Upon further investigation, the first round made it through nine pumpkins before it finally ran out of energy. The second bullet sliced through nine pumpkins, as well, and even had enough energy to keep going. The third round destroyed a handful of pumpkins in a similar way to a shotgun blast, delivering a wide range of damage. 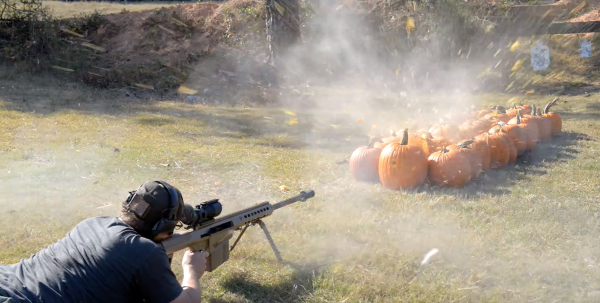 Blandford, as his YouTube username suggests, is an Iraq War veteran from the 3rd Infantry Division. Following his service, he and his business partners opened Moss Pawn and Guns in Jonesboro, Georgia.