Sky News captured rare footage of the inside of an ISIS suicide vehicle, and it’s just as creepy as one would imagine.

The suicide vehicle, known as a Vehicle Born Improvised Explosive Device (VBIED), is a common weapon that the Islamic State utilizes in combat activities in the Middle East. The vehicle is custom-made so that it becomes similar to a tank in terms of armor and weight, making it difficult to stop.

It is one of the rarest vehicles in the world — a suicide bomber’s truck.

This particular vehicle was captured before it could detonate. It was captured off Islamic State by Peshmerga fighters. 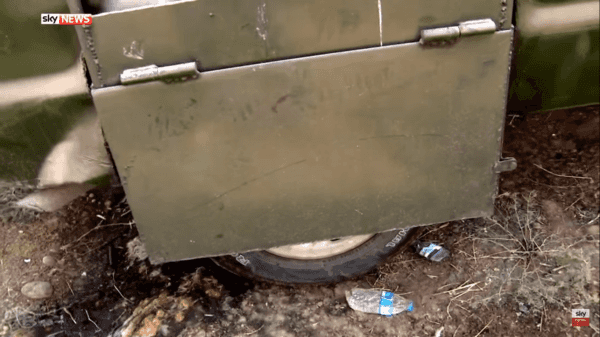 The vehicle is an incredibly important tool for intelligence experts. By capturing it and analyzing it, they can better figure out how to destroy it.

The vehicle requires a suicide driver who drives the vehicle into a designated location where it will then blow itself up with the massive amounts of explosives inside. The result can be devastating due to the amount of explosives that can be placed inside the vehicle. Even the engine is inside of an armored block. 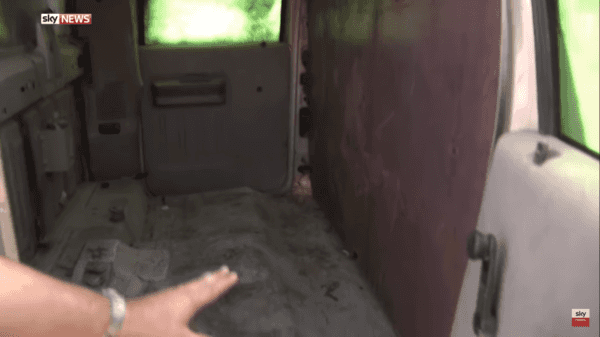 The front of the vehicle is equipped with grills of bar armor that have been welded on, and that even protects it from rocket-propelled grenades. It is unstoppable. This same protection is used on the windshield to protect the suicide driver from incoming bullets that could stop his mission.

Once inside, there is protection placed strategically so any gunfire cannot penetrate the back of the vehicle or hit the driver. The tires are also protected from the possibility of being shot out, again hindering the final mission.

Take a look at this ISIS terrorist death tool:

The very back end of this converted suburban vehicle is a storage area designated for high-powered ammunition and explosives.

Sam Kiley said this vehicle was carefully planned and put together.

Take a look inside at the very seat where a suicide bomber would have accomplished his final mission and went to his death doing so. 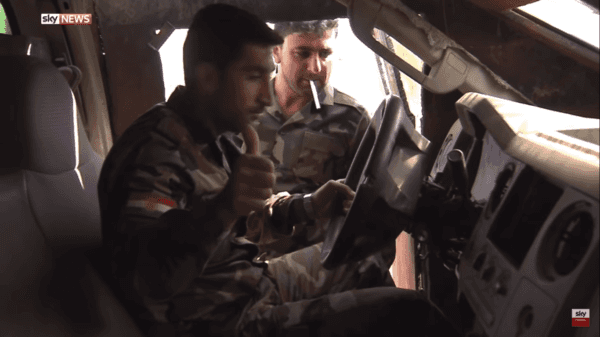 The Business Insider calls this vehicle “a bomb on wheels driven by suicidal militants throughout Syria and Iraq.”

Many times, the only thing that can stop these ferocious vehicles is a military airstrike.

These vehicles are a far cry from the standard cars that drive up on their targeted area and blow up. These are suicide tanks and they are savage.

Check it out and let us know what you think in the comments.

CA National Guard Says It Can't Find 4,000 Of The Soldiers They're Trying To Take Bonuses Back From