Watch what exploding sodium bullets can do to a watermelon

On their own, the average bullet can inflict enough damage to just about anything. Some specialized bullets can also expand on impact or even explode to take the level of destruction up one more notch. Kevin Kohler from TheBackyardScientist YouTube channel decided to create his own exploding bullets and put them to the test against some everyday items.

Check out Kohler shooting his custom-made bullets at watermelon, bricks and lighter fluid in the video below:

In the clip, Kohler explained that he created a number of specially-made bullets from highly reactive materials. The lineup of ammo includes bullets stuffed with lead, sodium, potassium and a combination liquid alloy. Each bullet reacts differently when fired into certain objects, and Kohler filmed it all in slow motion in order to capture all of the destruction. 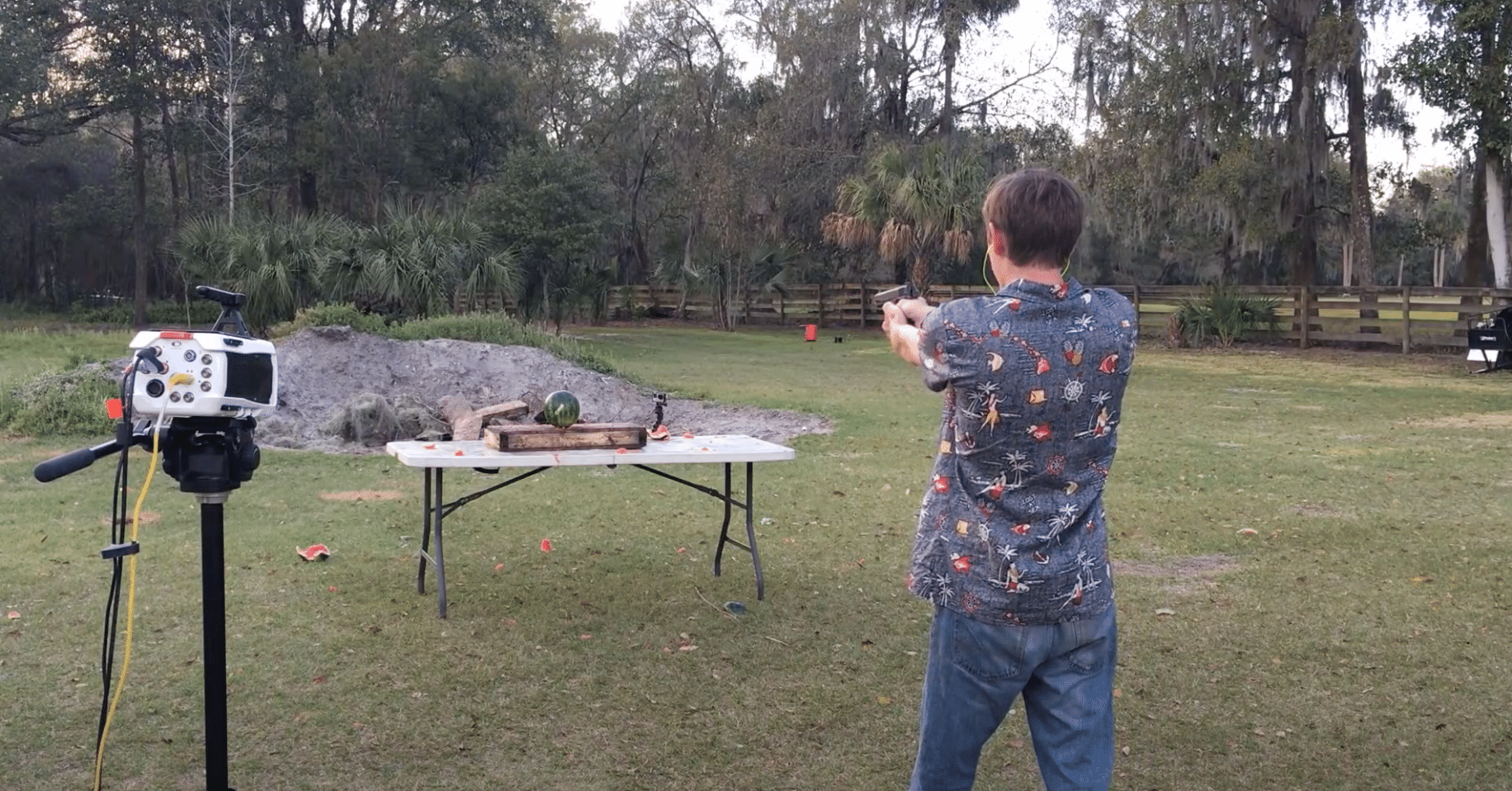 His first test involved shooting a watermelon with his lineup of custom bullets. In each clip, the watermelon exploded in an increasingly awesome display of science. Kohler explained that the water making up a significant portion of the watermelon is what causes the increased explosive potential as it reacts to the elements inside the bullets.

A slow-motion replay captured even the bullet itself traveling through the air as it approached the watermelon. Upon impact, the melon exploded in an instant, transforming from the once heavy green fruit into a pile of mush on the table.

In one particularly interesting clip, the custom bullet can be seen actually igniting as it left the gun, traveling through the air like a homemade tracer. 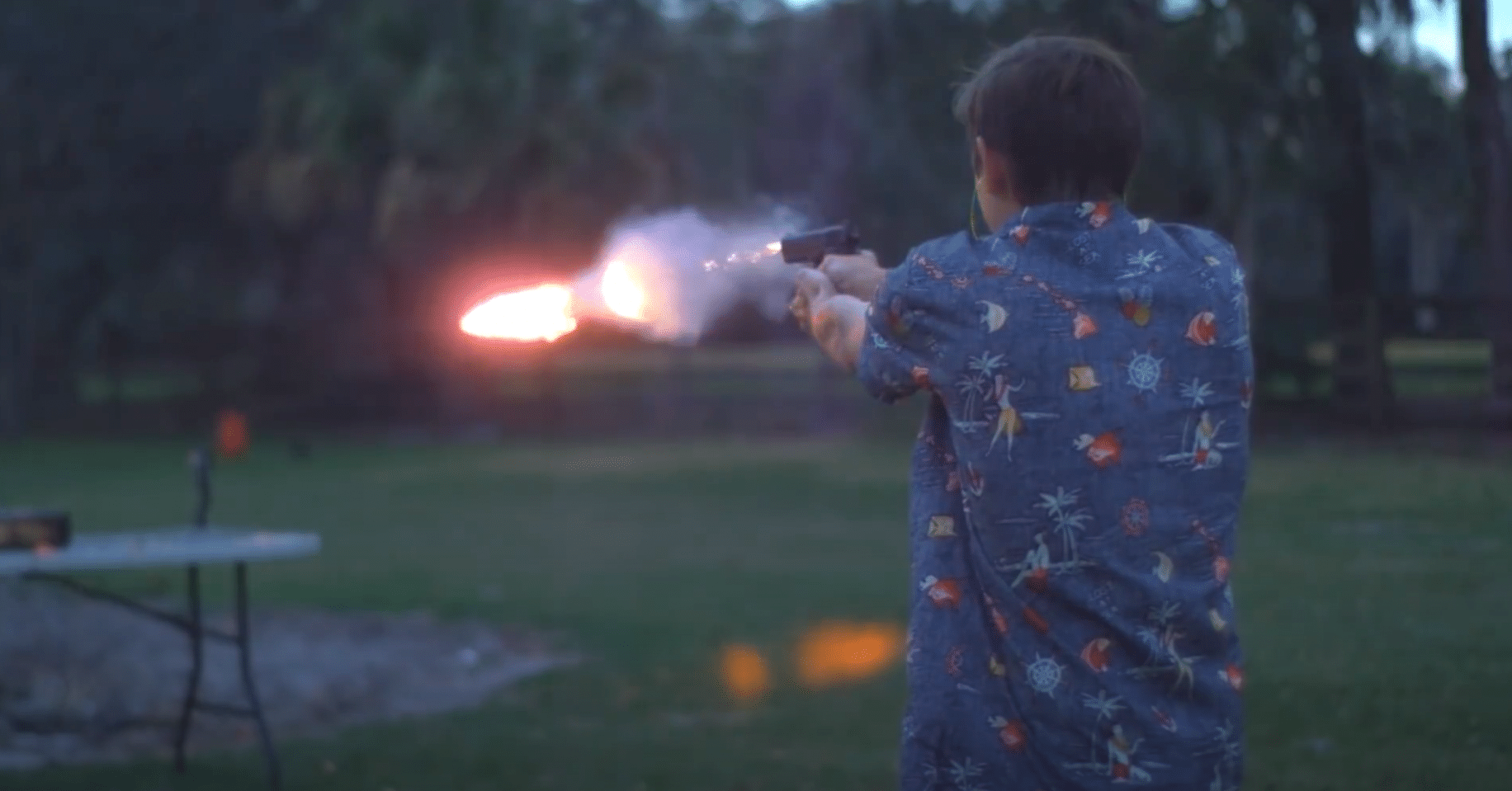 Not satisfied with exploding fruit, Kohler decided to fire his bullets at a few cans of starter fluid to really get an explosive reaction. The result is exactly what you might expect: a bright flash of fire and a huge wall of flames as the reactive materials in the bullets come in contact with the highly flammable liquid. 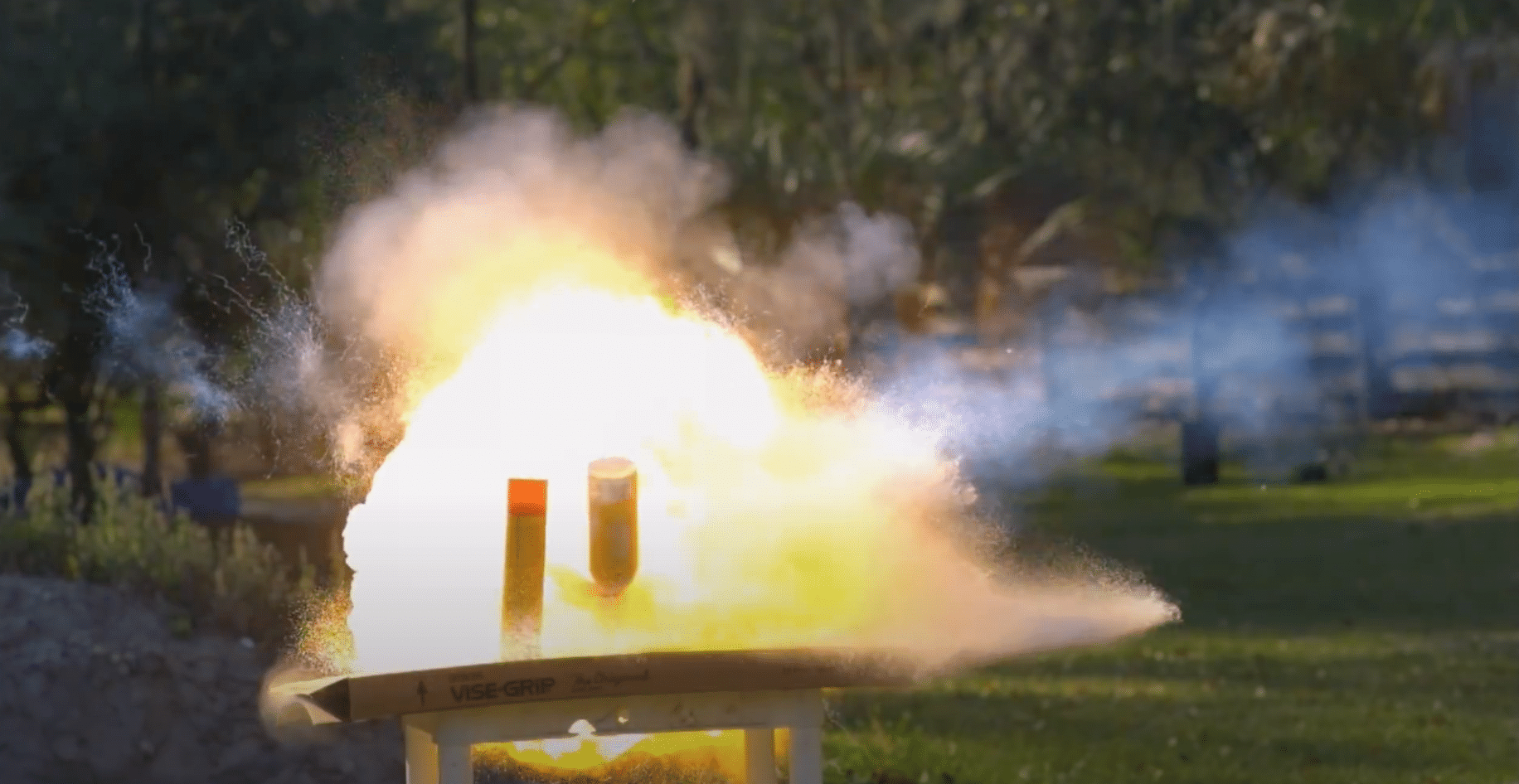 Kohler has been called “Bill Nye, MythBusters and Jackass all rolled into one.” Famous for his dangerous experiments, Kohler’s profile explains that he takes the risks in his experiments “so you don’t have to.” His YouTube channel has amassed more than 4.5 million subscribers who have viewed his videos half a billion times.