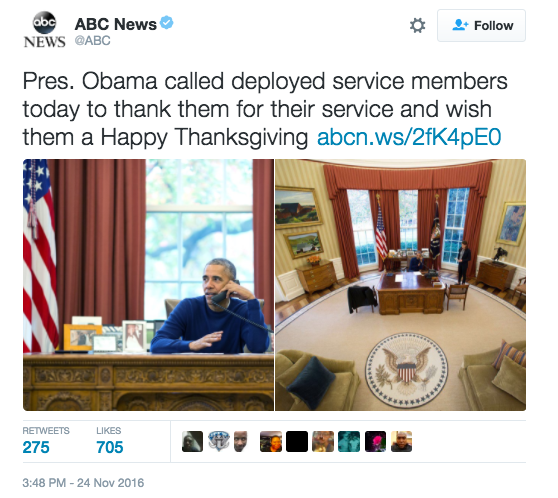 According to the release shared by the Department of Defense, Carter spoke with the following service members:

The release added that in addition, Carter and his wife, Stephanie, called an Army Spouse named Blessing Gallo who volunteers and mentors other spouses through the stress of deployment.

“Carter said he was very grateful for the opportunity to speak to these extraordinary individuals who are serving their nation and asked that they pass on his best wishes to their colleagues and families as well,” the statement said.

Carter also released a video to all military members wishing them and their families a happy Thanksgiving.

Navy Says Personal Data For Over 130,000 Sailors Has Been Breached