Watch: How many iPhones can survive an AK-74 bullet?

A stack of iPhones goes up against a bullet fired from an AK-74. (EverythingApplePro/YouTube)
November 10, 2016 Wade Bennett
Share
Tweet
Flip

While a bulletproof vest is probably a pretty good option in protecting against gunfire, what if you happened to have a pocket full of iPhones instead? A 2015 YouTube video seeks to answer exactly that question. EverythingApplePro stacked a whole bunch of Apple’s latest smartphones together to see just how many it would take to stop a bullet, and the result was pretty surprising.

Check out all the destruction in the video below:

The setup is pretty simple: a lineup of eight different smartphones and an AK-74 ready to be fired from close range. The devices are made of a combination of aluminum and glass which may as well be wet newspaper when up against the steel core round fired from the gun. But perhaps with enough material standing in the way, a couple of the phones might be able to survive. 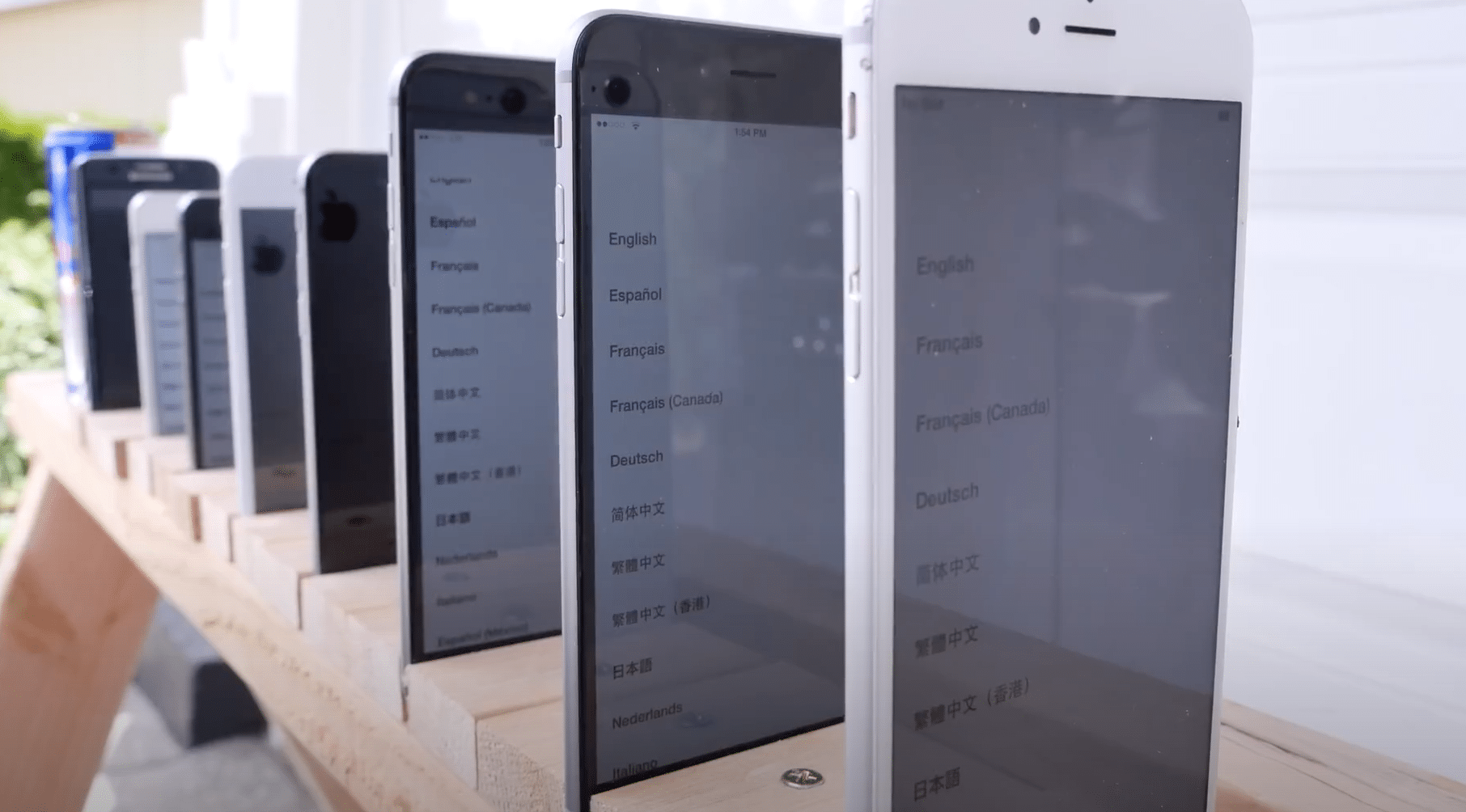 The gun is fired from just a few feet in front of the expensive targets. And in the blink of an eye, thousands of dollars of smartphones turn into a spray of metal and glass particles. Interestingly enough, it doesn’t initially appear as though the bullet cut through every single phone.

A slow-motion replay gives a better idea of the outcome, and it shows that the fifth iPhone was actually the last one to get hit by the bullet. The first four devices were of course completely annihilated by the round leaving a sizable hole in the process. But by the fifth phone, the bullet wound up stopped in its tracks, and the rest of the devices were spared. 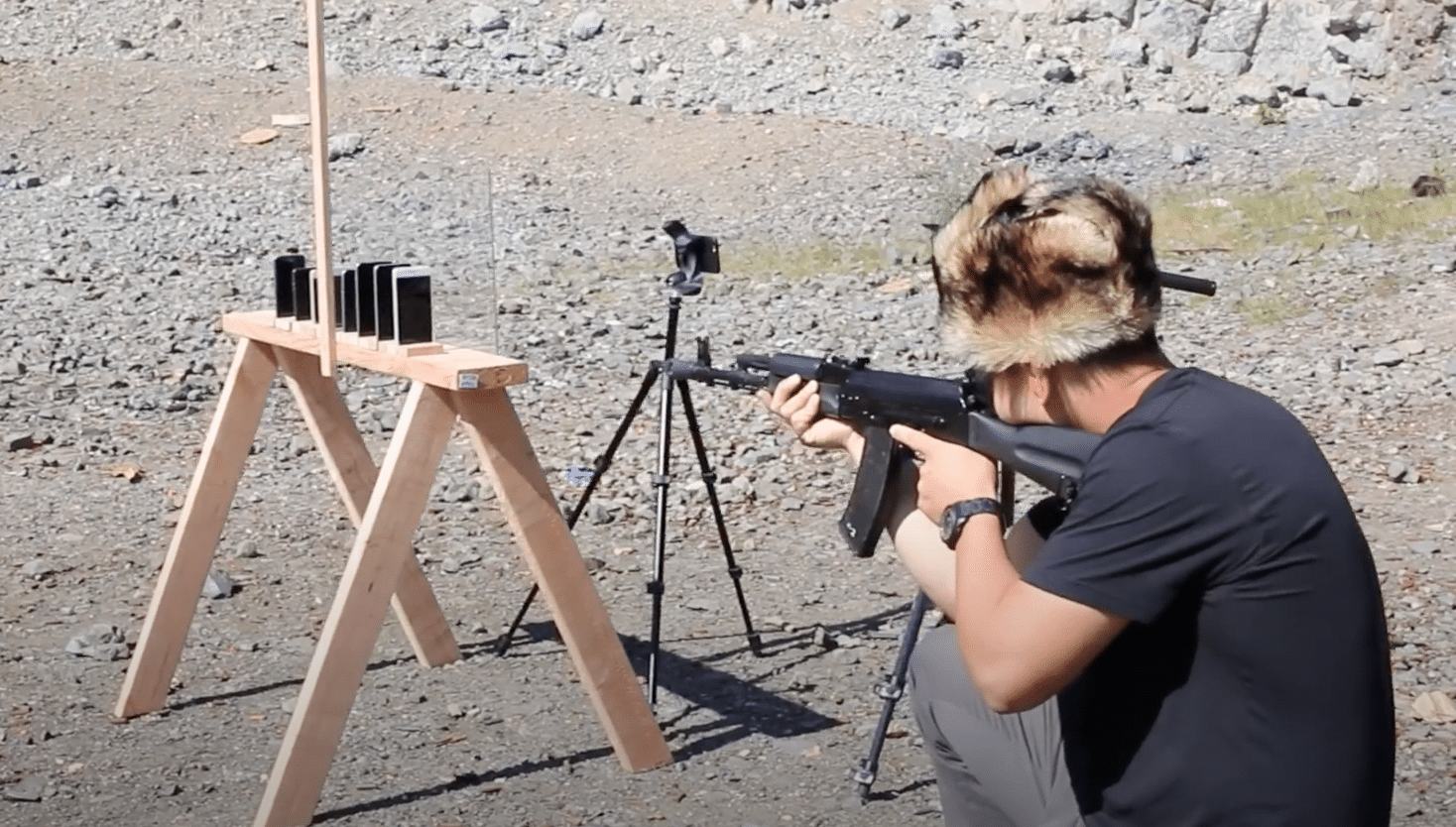 Not to let the iPhones get the best of him, EverythingApplePro decides to fire off another round into the same beat and battered lineup of phones. This time, the already damaged devices did a less than stellar job of stopping the bullet, which managed to make it all the way to the sixth phone this time. 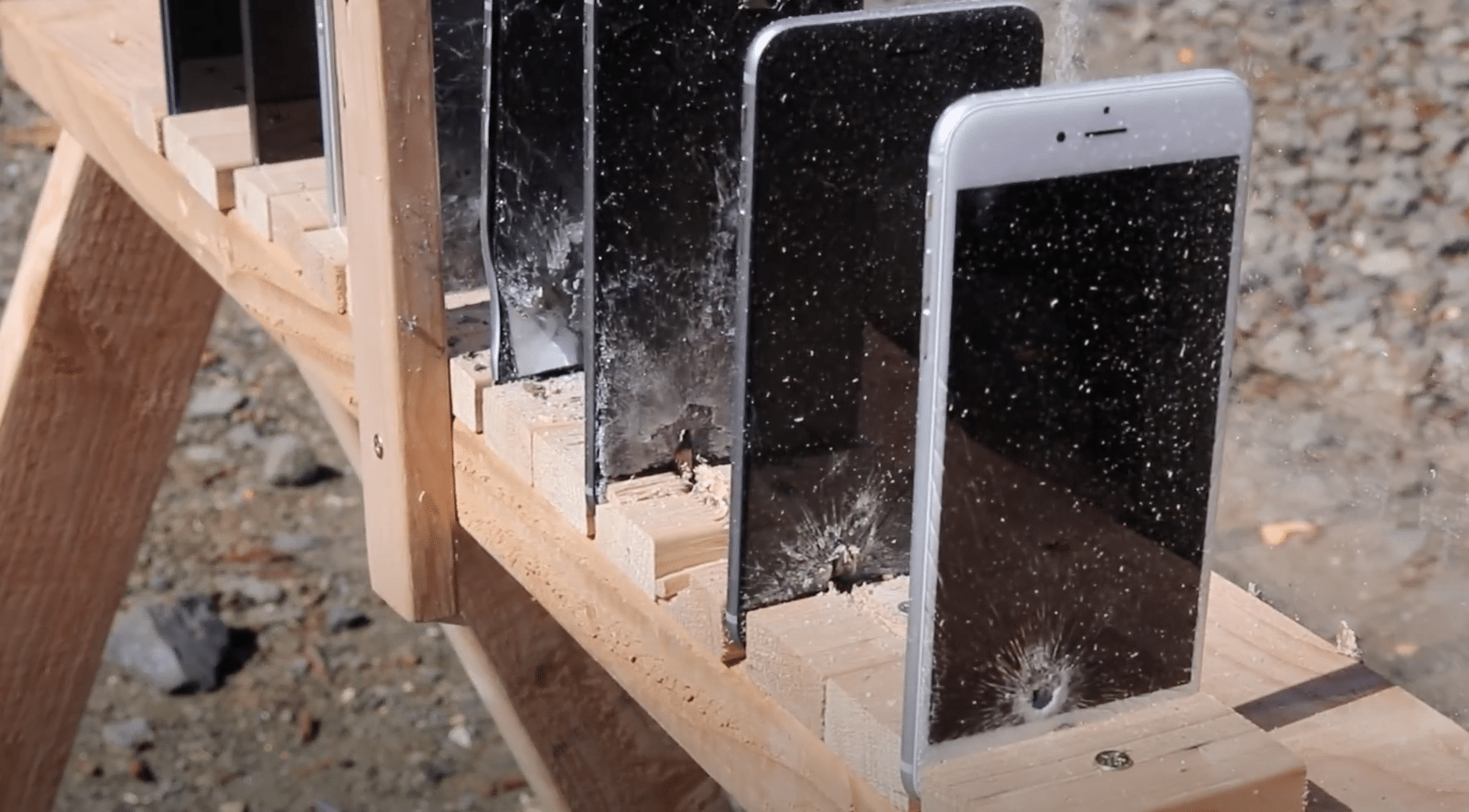 For one final experience, a shotgun is used to really finish off the phones. This time, a wave of force completely obliterates each device as they even get thrown from the wooden frame they’re propped up in.

So on the off chance you have a whole stack of phones in your pocket, you can rest easy knowing that about five of them will be enough to stop a bullet.