Chinese Vice Finance Minister Shi Yaobin told Reuters that U.S. President-elect Donald Trump should “be aware of the economic cooperation with China” after Trump made “taking on” the world’s Number 2 economy an integral part of his campaign. 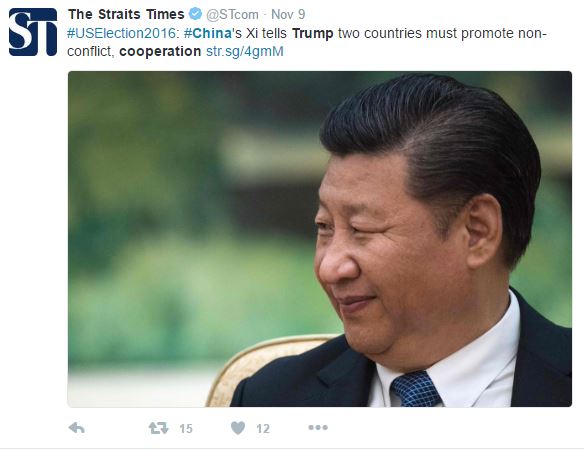 “I want to emphasize that long-standing economic cooperation between China and the U.S, particularly in the economic areas, this cooperation has yielded win-win benefits for the Chinese people and American people,”

Yaobin is referring to Trump’s plan to tax Chinese imports in a effort to prevent inflation and currency devaluation. Yaobin went on to claim that his message is being directed not only at Trump but the American people as well.

“I think these facts should be recognized by the president-elect and also by the people of the two countries.”

Yaobin continued to state that he hopes both countries can pursue non-conflict and cooperation throughout Trump’s presidency. The press conference that was held in London.