Watch: Can a bowling ball survive a 50 cal round?

Few things are as interesting as shooting everyday objects with guns. Often times, the experiment is the result of some relatively ridiculous questions. “With it hold up?” “Will it be blown to smithereens?” “Can it be used as a shield in a life or death situation?”

If you thought something as thick and heavy as a bowling ball might be useful in stopping a bullet, think again. The guys over at the FullMag YouTube channel put one to the test, and the results were pretty surprising.

Granted, they were using a .50 cal after all, but it is still quite the experiment. Check out the video below:

Having had a shiny new custom painted bowling ball made just for this occasion, the FullMag team first shows off the size of the .50 caliber round compared to the ball. Unsurprisingly, the bowling ball is dwarfed next to the nearly four-inch long round.

With the massive rifle at the ready, a single shot is fired. In the blink of an eye, the once perfectly round bowling ball is blown to pieces and ricochets off its platform. 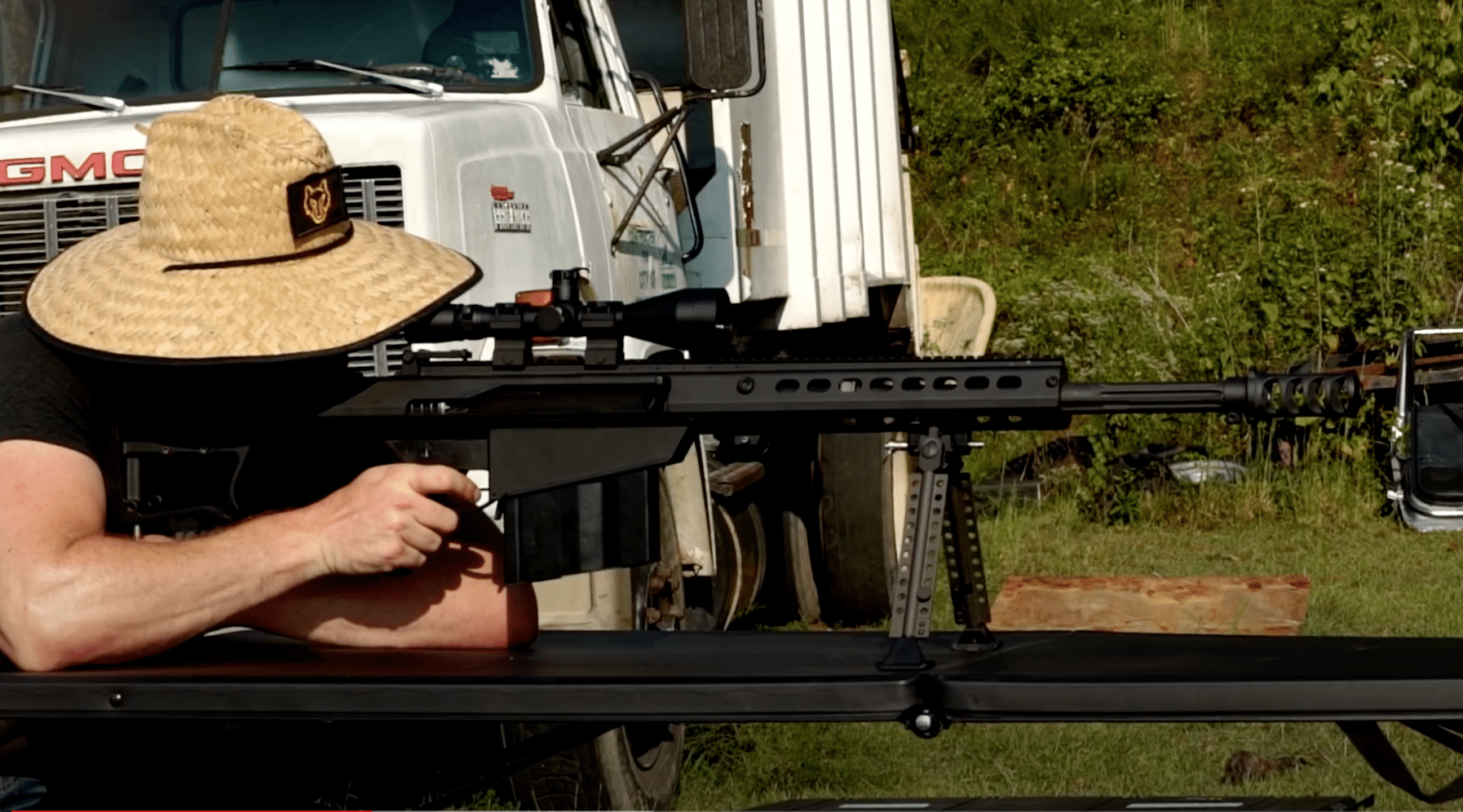 A few slow-motion replays tell the full tale. The massive bullet actually enters the bowling ball through the thumb hole – a request from the YouTube comment section. The easy entry gives the bullet a head start in its path of destruction.

Most of the damage is actually a result of the round coming out the other end of the ball. The replay reveals an immense amount of material being blown away as the bullet finds its way out. 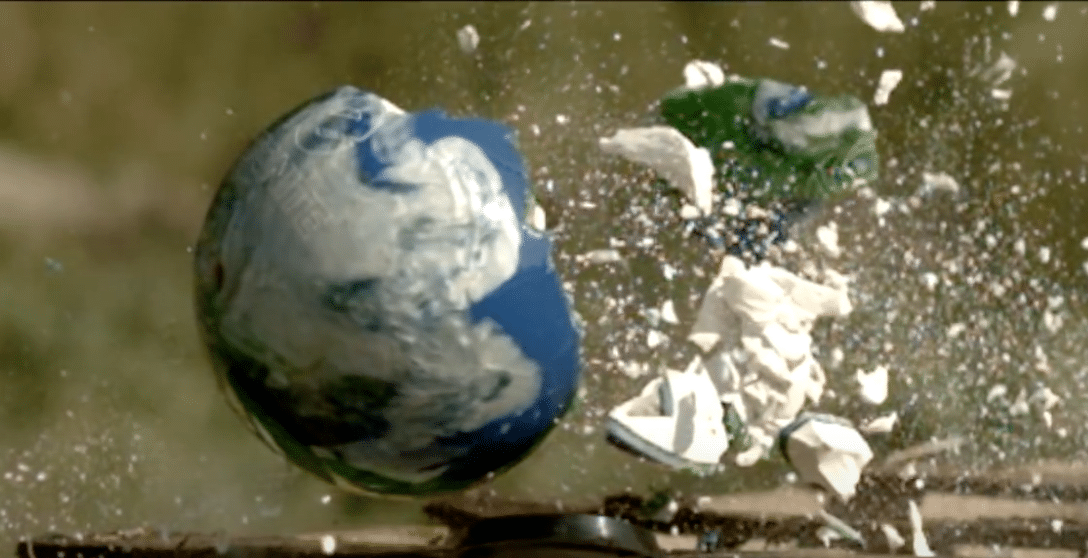 The end result is a bowling ball that retains barely two-thirds of its original size and shape. The crater left behind reveals the innards of the ball most people may not have ever seen. The ball consists of a hard plastic outer shell layer for decoration and a dense cement-like inner core for weight and mass. 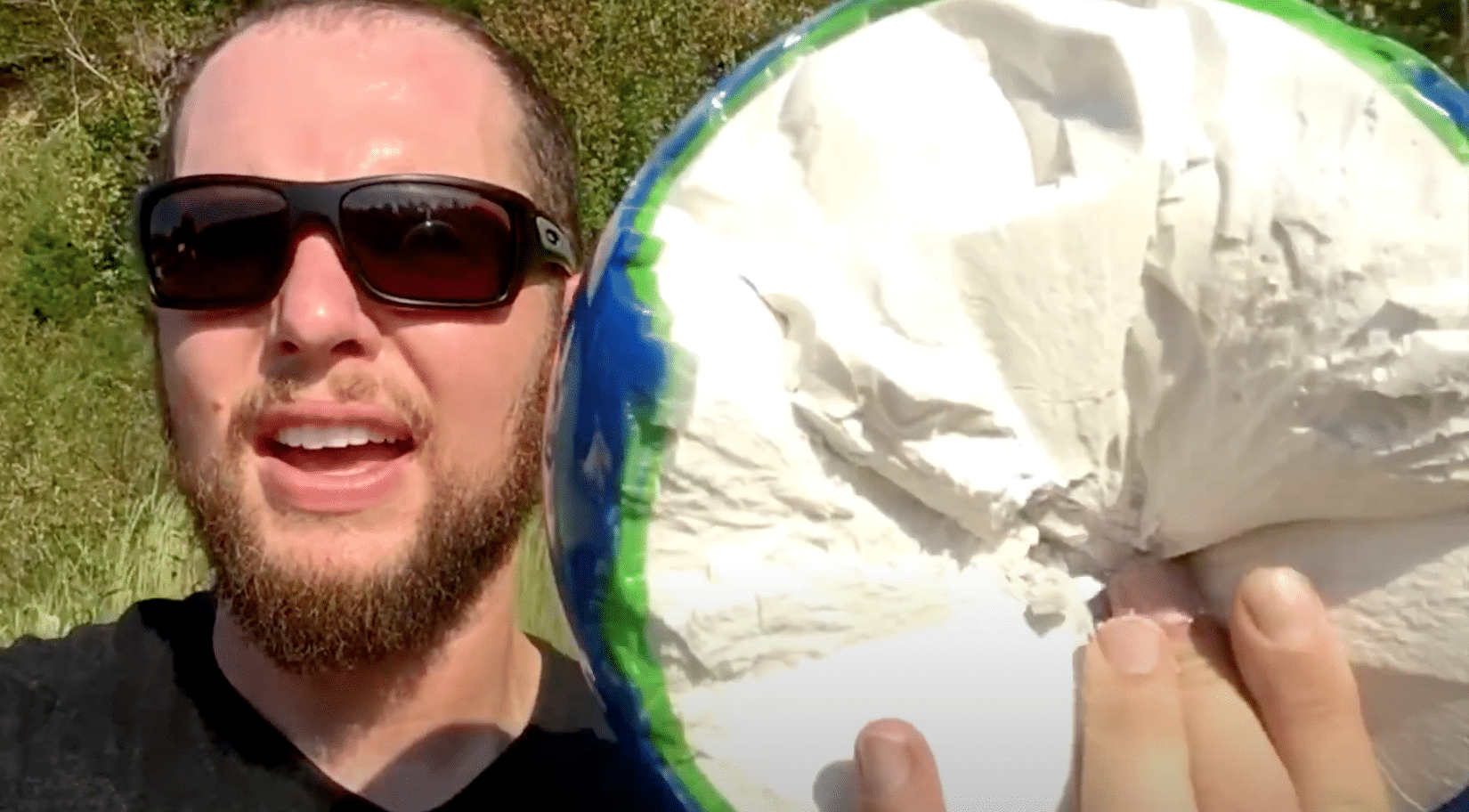 The FullMag YouTube channel is chock-full of other wild and crazy experiments. The hosts often test various weapons against both everyday objects and military-grade equipment to offer viewers a chance to see the destructive power of all kinds of guns. The channel has amassed more than two million subscribers who have viewed the videos nearly half a billion times.