Thousands have taken to the streets of New York City, Chicago and other cities to protest Donald Trump’s sweeping victory over Hillary Clinton to win the 2016 presidential election.

The crowds seem to be made up of the same occupy Wall Street crowds that protested in 2015 to demand free services, housing, food, cars and more.

One place they are protesting is 5th Ave. in NYC which is where one of many Trump Tower’s is. The 5th Ave. Trump Tower is his home base.

You can see more of the protest by viewing the hashtag #ProtestTrump on Twitter or by going here: https://twitter.com/hashtag/trumpprotest

There are reports that some of the protestors are paid as well.

We will bring you more as the protests continue but they are expected to die down in the next day or two. 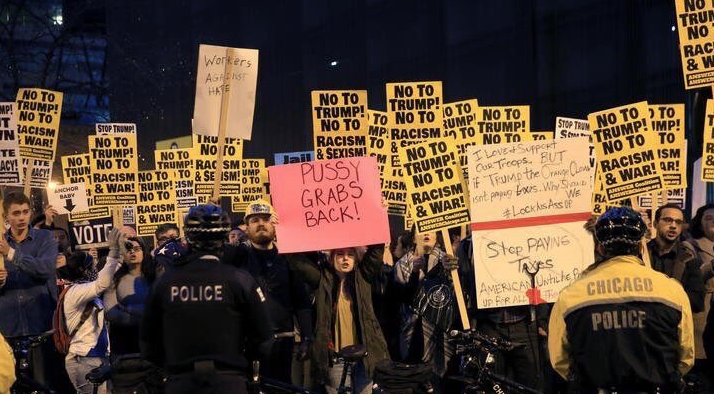 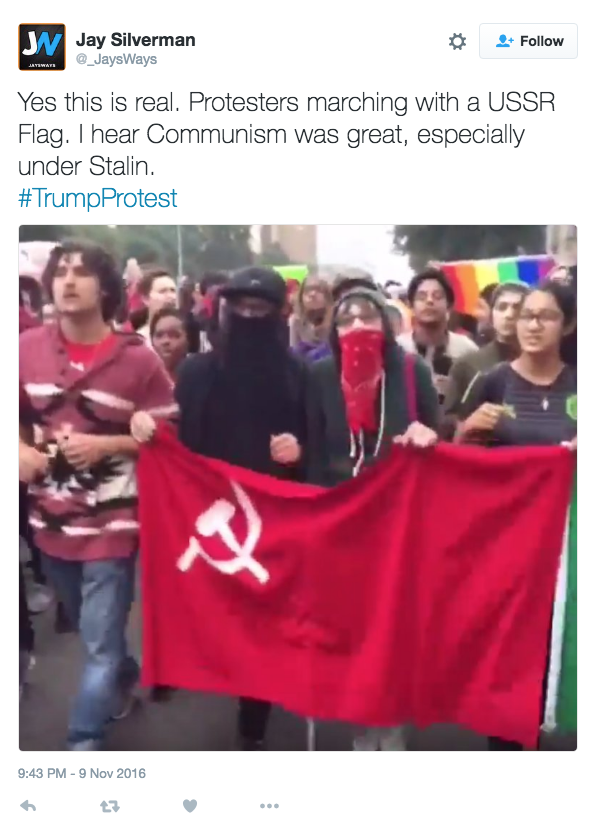 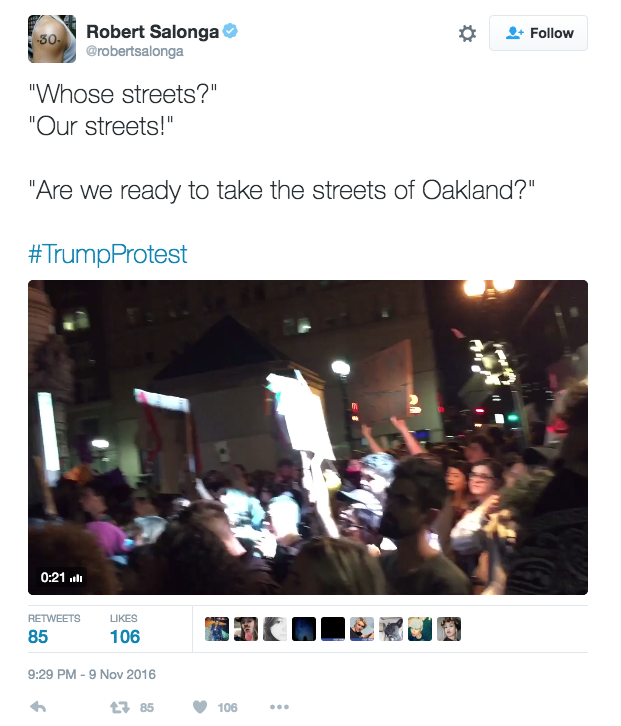 People are starting to “take over” the hashtag as you can see below. 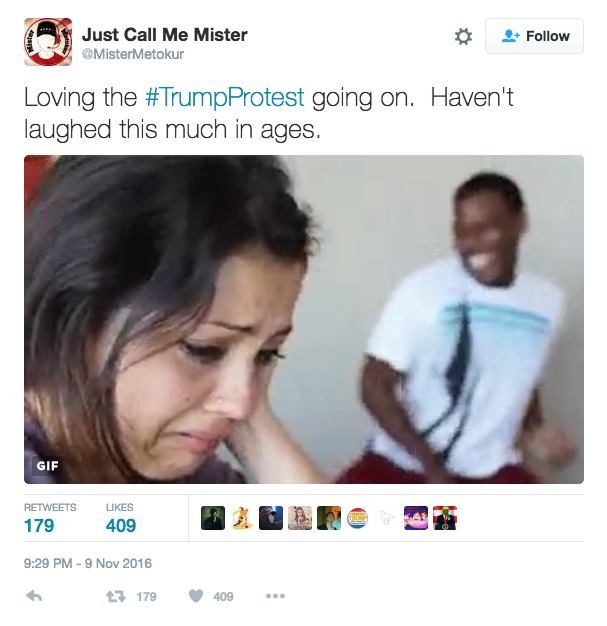 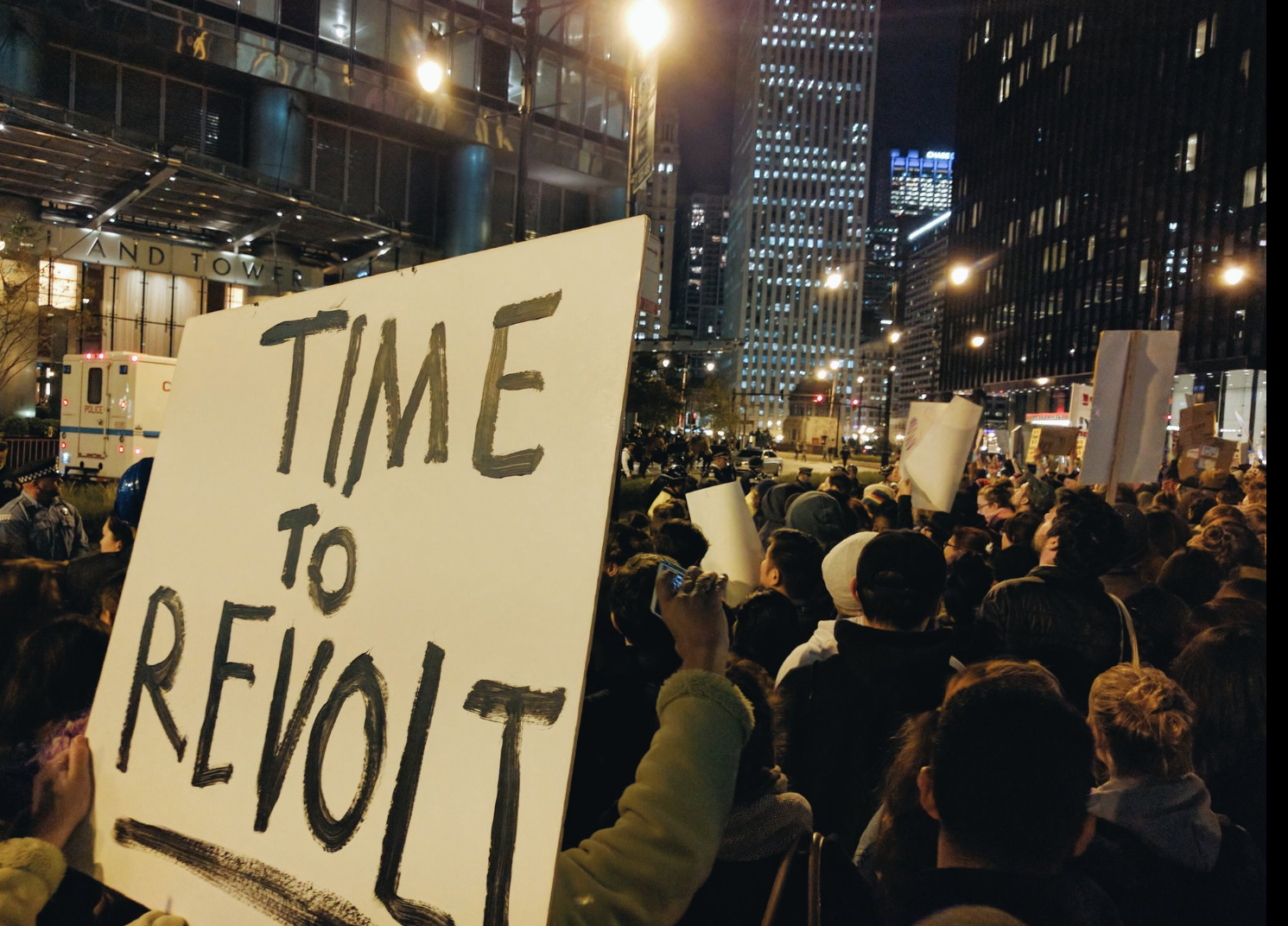 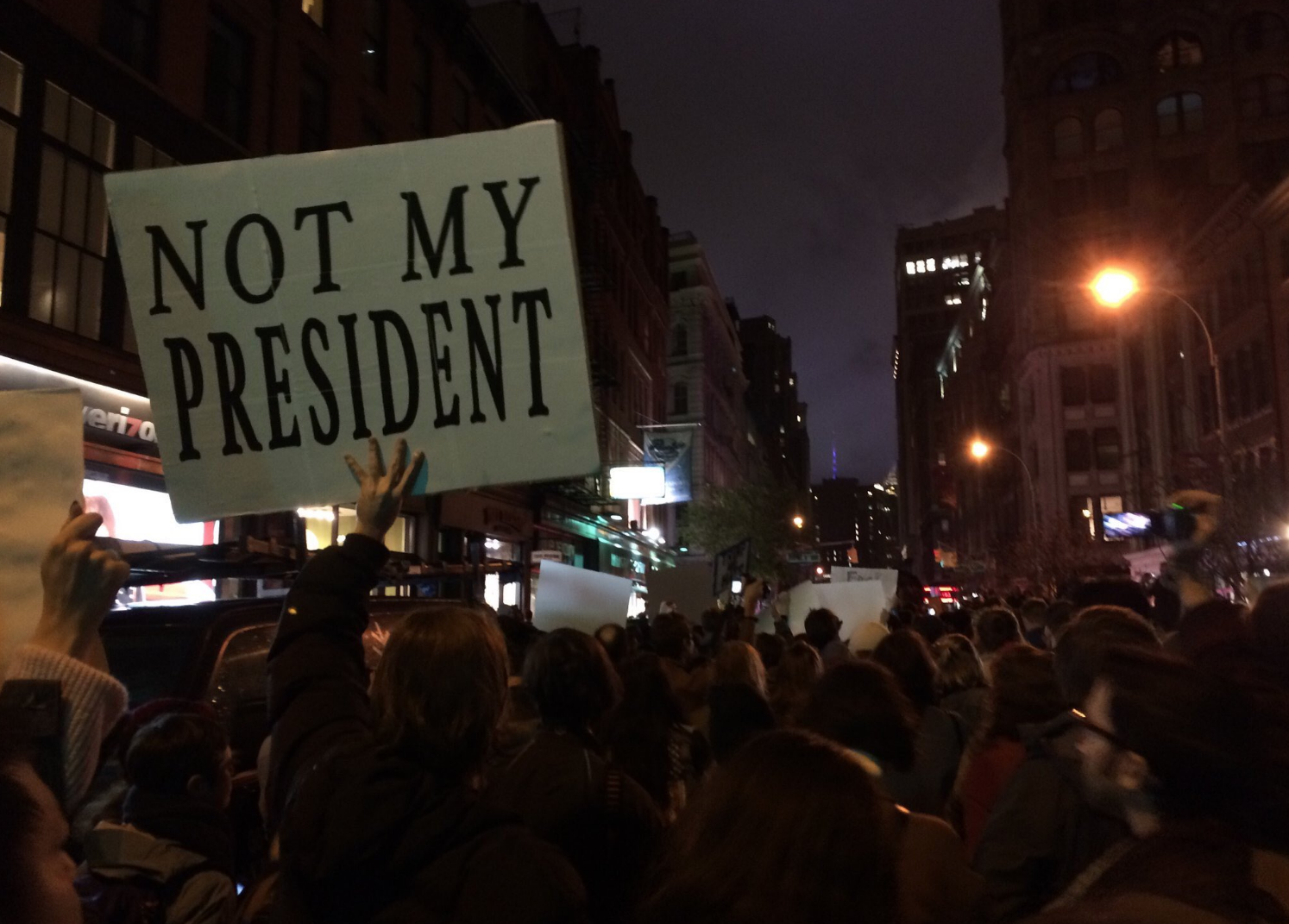 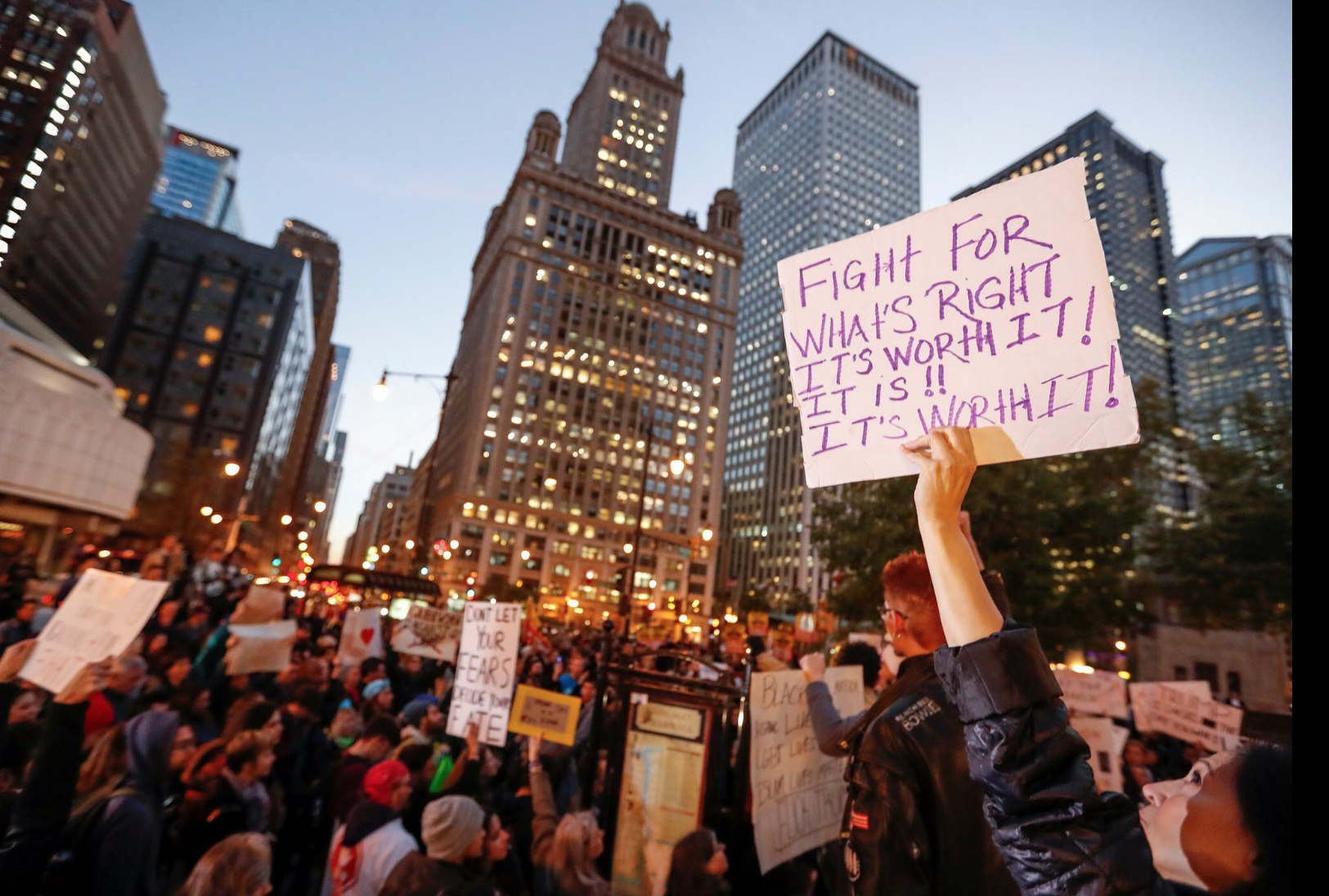 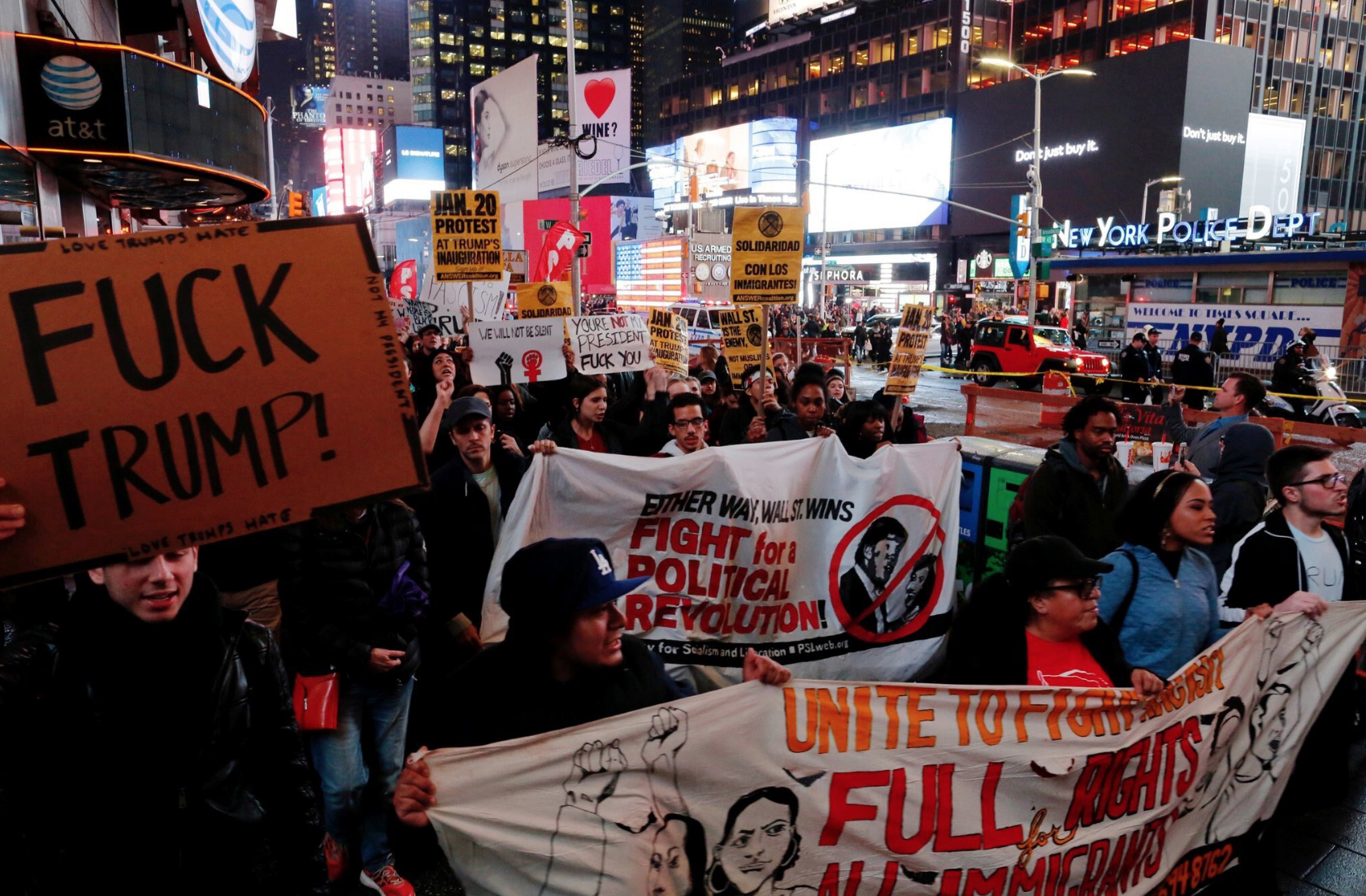 Trump And Israel's Prime Minister To Meet As Soon As Possible