The awesome power of the earth’s oceans should never be overlooked. While today’s largest ships – especially those commanded by the world’s military forces – seem invincible, it is easy to forget that they are still at the mercy of the sea. And while the most experienced sailors usually do have enough knowhow to traverse even the wildest of waves, nothing is for certain.

Check out the video below which documents what happens when a large ship comes across and even larger rogue wave.

According to the title, the clip was purportedly filmed aboard a Navy ship. The view from inside the command center shows just how out of control the ship has become as it attempts to traverse the waters.

The short video catches the massive boat riding one particularly large wave. As it rises, the boat appears to be dozens of feet in the air as it rides the crest of the wave. Suddenly and without warning, the vessel is tilted at a sharp downward angle, where is crashes hard into the trough. 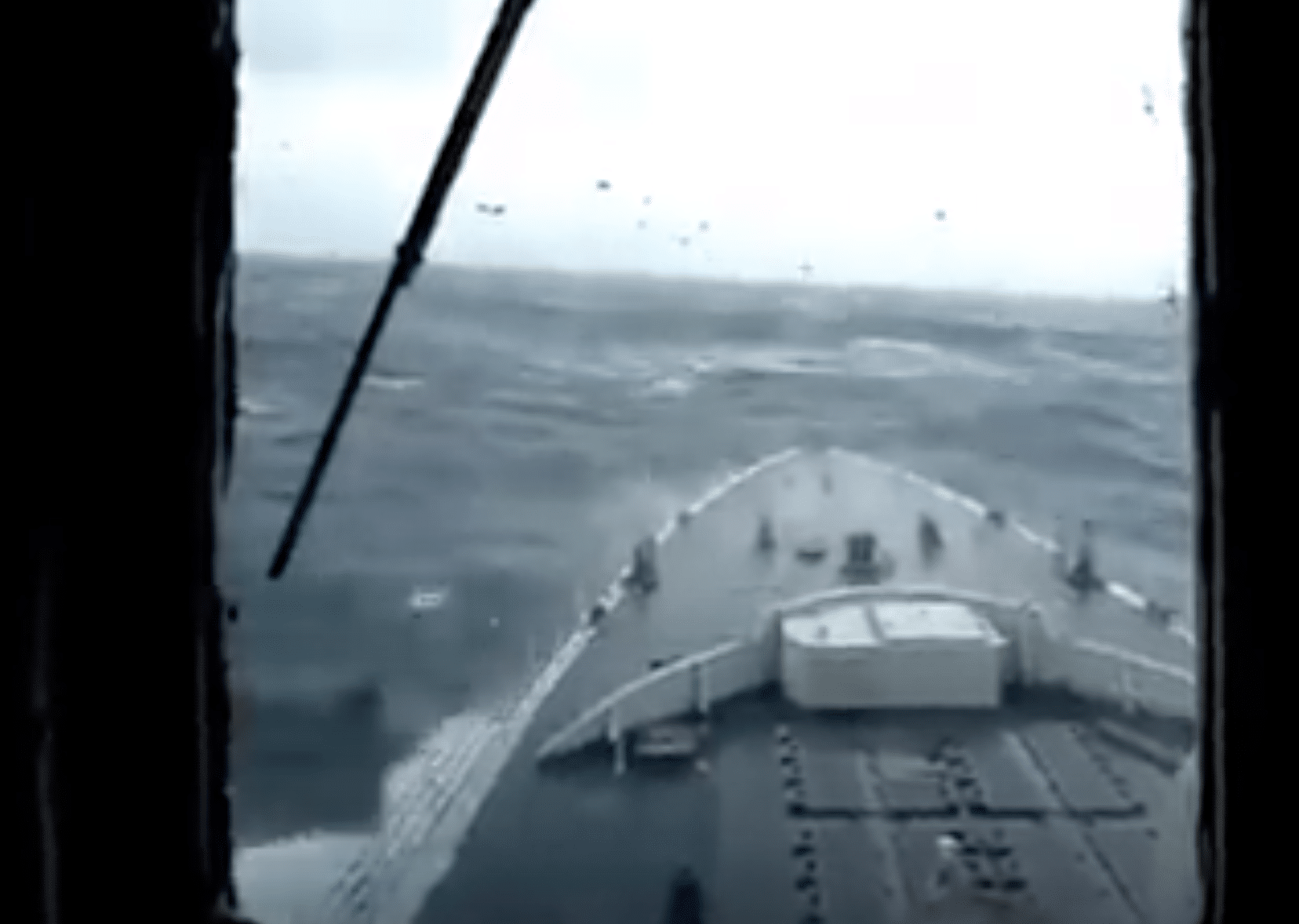 As if out of an action movie, the wall of water barrels straight into the windows of the command center. The deafening sound of the sea pounding against the windows is enough to throw anyone back, and the individual filming the scene steps away for a brief moment out of caution.

Somehow, the glass remains intact following the huge impact, as the crew lets out an audible “Woo!” and a sigh of relief. 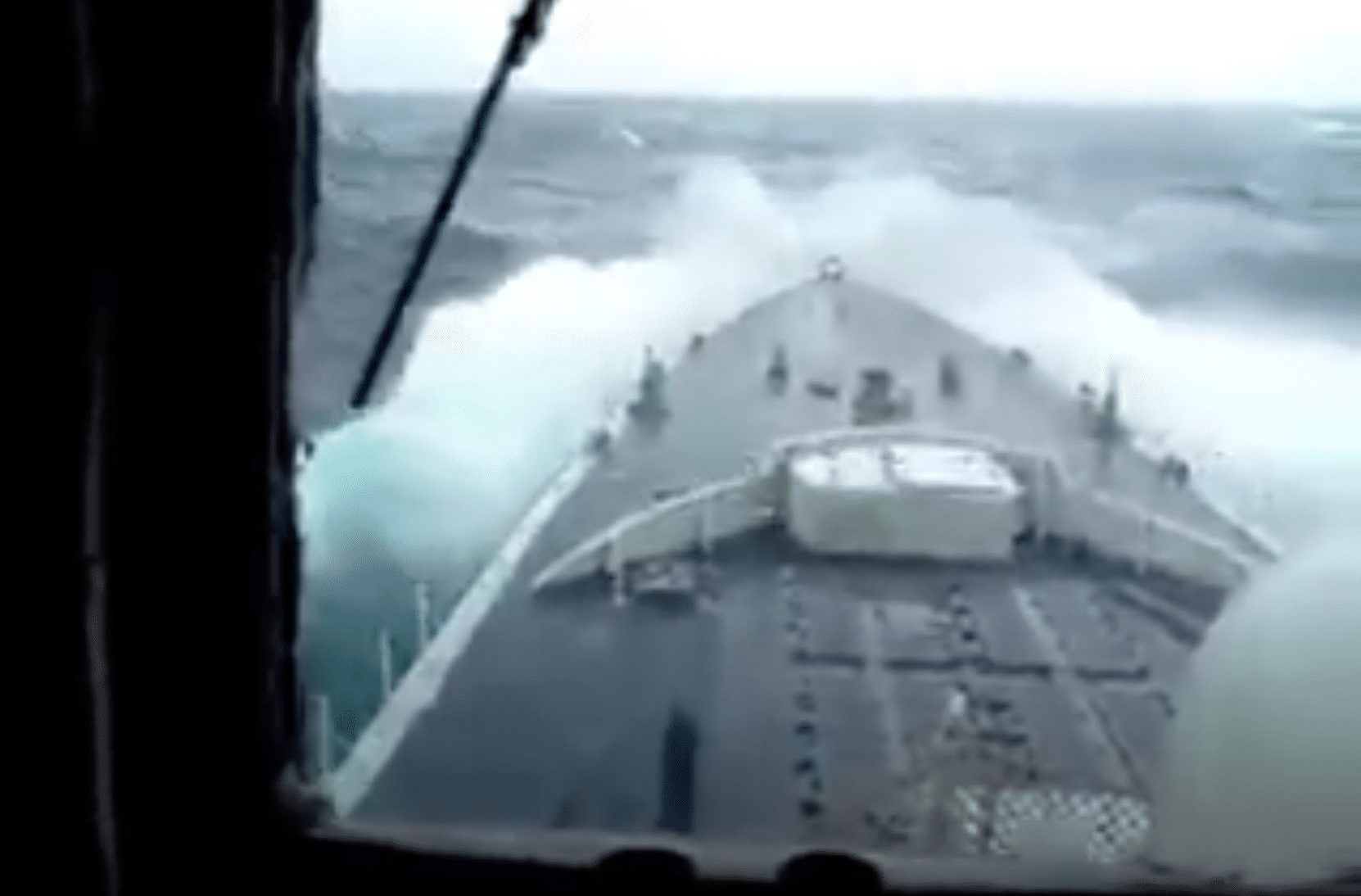 Such powerful and unexpected waves, dubbed “rogue waves” amongst countless other nomenclatures, are often the cause of immense damage aboard vessels and can even capsize ships entirely. While today’s modern ships are built to handle just about anything, the potential force caused by a rogue wave is incalculable. 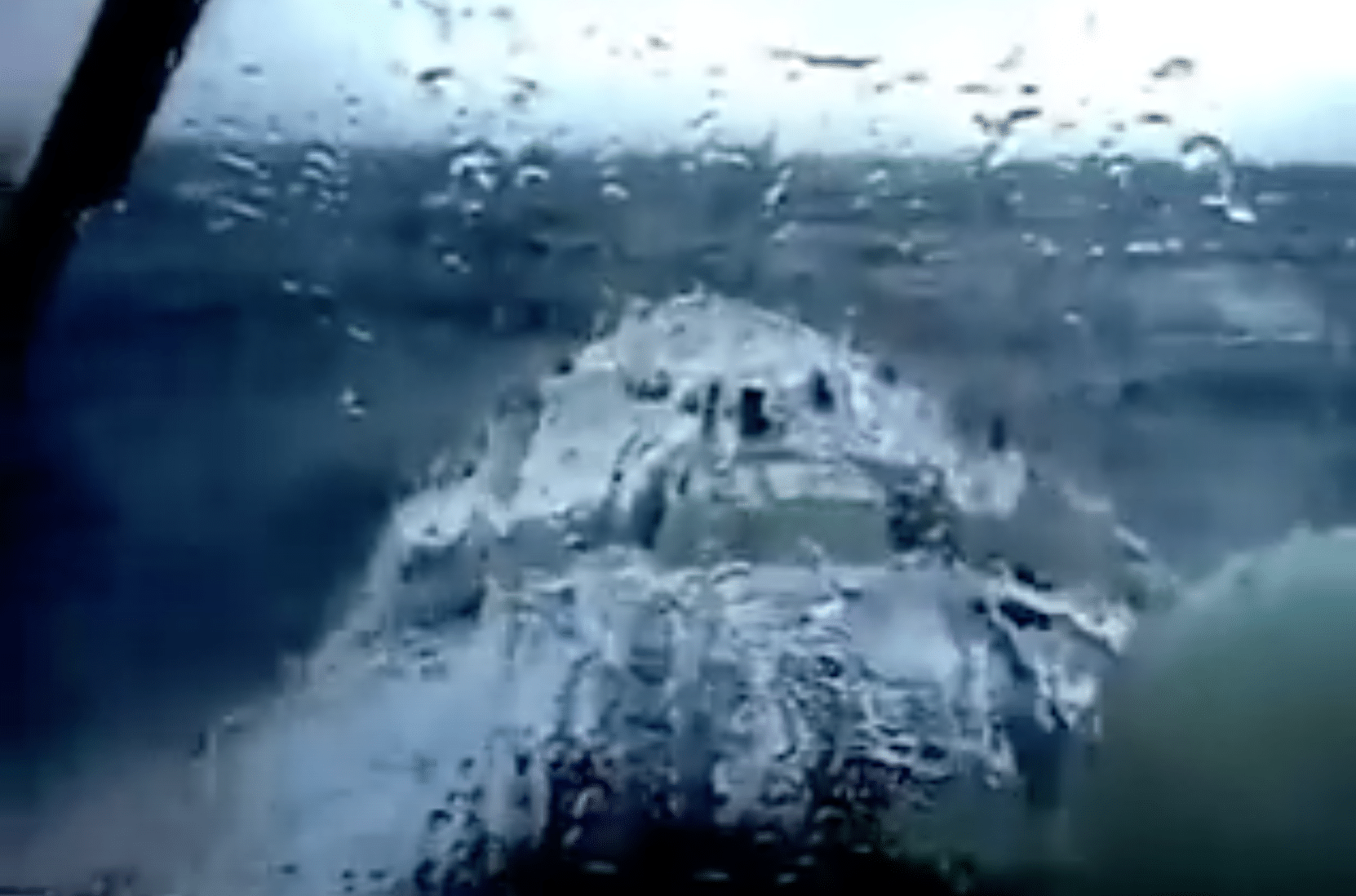 Interestingly enough, the idea of random, over-sized waves occurring in the ocean is a relatively modern concept. For most of the 20th century, rogue waves were a dismissible notion not given much attention. However, since 1995, oceanic studies have evolved to focus more on rogue waves and their impact on sea travel.

Today, researchers continue to seek the cause of rogue waves in the hopes of being more adequately prepared for such an event.