Military soldiers from all around the world are often some of the most physically fit individuals imaginable. To simply be considered for the armed forces, potential recruits usually have to achieve a certain level of fitness, from pull up tests to multi-mile runs and more.

While the fitness tests and feats of strength are integral in making a combat-ready soldier, sometimes the men and women in uniform use their impressive physical abilities to honor fallen troops. 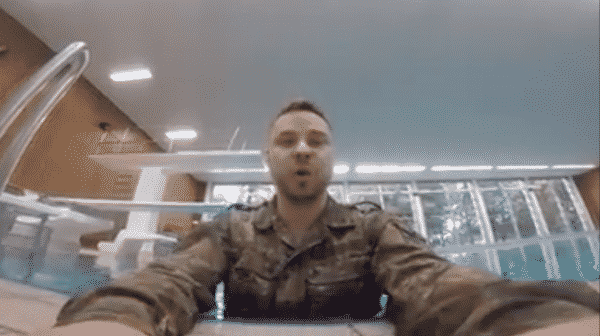 Andreas Guldner, a famous German Navy freediver who has broken numerous freediving records, decided to use his skills to take a standard pushup challenge to another whole level.

The 22 push up challenge is meant to raise awareness for the 22 veteran suicides that occur each day. But rather than simply achieving his 22 push ups on land, Guldner decided he would accomplish the feat under water.

Check out the impressive video of Guldner’s under water pushup in the video below:

Not only did Guldner take to the water to complete his pushups, he did all 22 in one single breath. Guldner effortlessly sinks to the bottom of an indoor swimming pool before sliding a weight on to his back to hold him down.

From there, he easily knocks out all 22 push ups in an amazing two-minute long display of endurance.

Of course, Guldner is no stranger to the water. The 33-year old has successfully completed multiple 70+ meter free dives and held a number of diving records. He even completed 100+ meter free drives on two separate occasions.

As a veteran, the 22 push up challenge and the meaning behind is also very important to Guldner. From June 2013 until November 2013, he was deployed in Afghanistan. During his service, he was as an EOD Tech in the City of Kunduz. 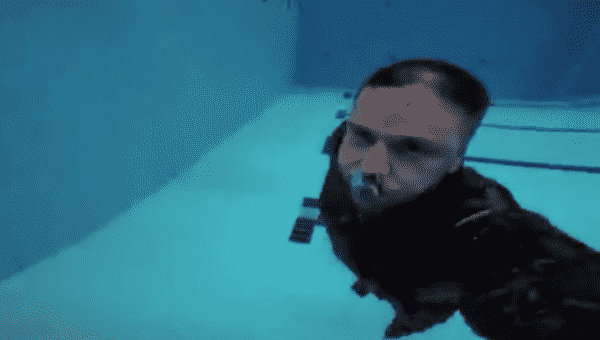 The 22 push up challenge, also known online as #22KILL, was created by OEF Marine veteran Andrew K. Nguyen. In recent years, the challenge has gained significant traction online, with  celebrities, pro athletes and politicians all taking part. Some of the biggest names who have successfully completed the challenge and helped raise awareness include Dwayne “The Rock” Johnson, John Krasinski, Chris Pratt, Christ Evans and Scott Eastwood, among others.