The U.S. Army holds a Modern Army Combatives Program (MACP) Tournament at Joint Base Lewis-McChord, WA. Training includes service members engaging in bare-knuckle sparing that allows for open-hand strikes to the face, only to culminate in caged MMA matches that rival anything UFC puts on television.

This style of training exercises started in 1995 with the 2nd Ranger Battalion. They are designed to teach soldiers how to defeat their enemies in hand to hand combat should they ever find themselves in that situation, according to the U.S. Army.

There’s plenty of blood, sweat, but a distinct lack of tears. Unlike the UFC, ego and smack-talk have little influence on the outcome of these Army fights. These men are fighting for their survival, not a paycheck. 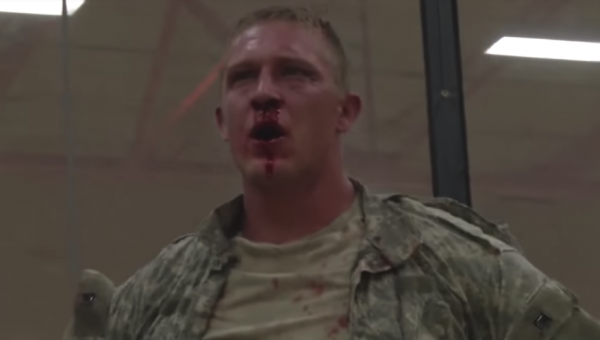 What is allowed and what is not? It’s hard to tell, but one thing is certain: it is fierce, bloody, and well regulated. Whether a smack to the face, or a kick in the gut, it’s all part of the training exercises.

The U.S. Army website says that the “Combatives Program enhances unit combat readiness by building Soldiers’ personal courage, confidence, and resiliency as well as their situational responsiveness to close quarters threats in the operational environment.”

While the program is based on martial arts, it takes it even farther, utilizing the mental and physical aspects of it to train more skilled and deadly soldiers.

Take a look at the program in action:

Before this style of training was used, bayonet fencing was universally accepted for almost all armies across the globe, but it lacked in effectiveness, especially across the WWI battlefields. It was then replaced with trench warfare, which wasn’t very successful.

Talk of martial arts came about, even back to Roosevelt’s time in office when he trained in Ju-Jitsu and Judo. However, there was no time to train soldiers in martial arts during the first World War. Time was of the essence and faith in Combatives Training was running low. 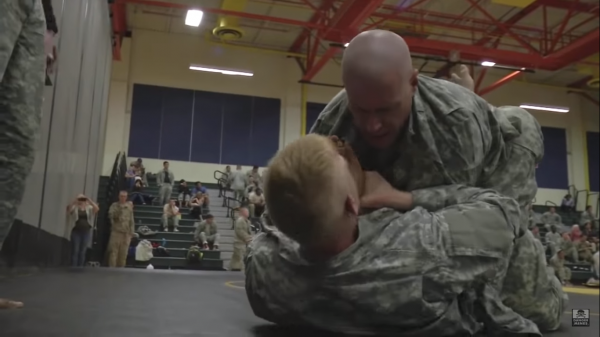 Around the time of WWII, William E. Fairbairn, a second-degree black belt in Judo and his American acolyte COL Rex Applegate, designed a training course that relied on martial arts, delivering success and in a timely manner. By the time WWII was over, thousands of soldiers were trained in martial arts, according to the U.S. Army. 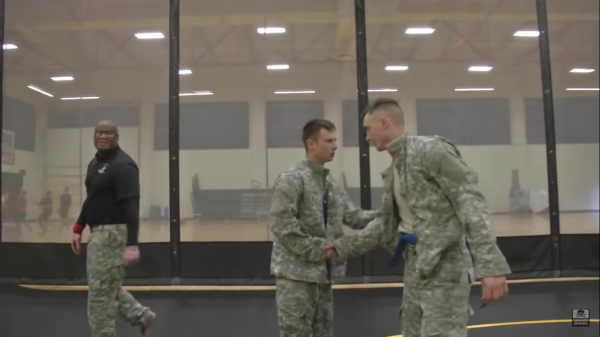 This type of training dwindled for the Army because there wasn’t enough training or instructors available. It continued, however, with the Air Force and the Marine Corps. for at least a little while.

To develop a more successful program, the Army started using “live” sparring in order to encourage a rising Combatives philosophy. This has been well received and quite successful ever since.

BREAKING: All Transgender Students On Military Bases Worldwide Can Use Bathroom Of Choice