Hand grenades, in one form or another, have been used in combat for thousands of years. Originally small stone or ceramic balls filled with gunpowder or flammable liquid, today’s hand grenades are exceptionally powerful micro-bombs that cause incredible damage in a matter of seconds.

Today, the United States military utilizes the M67 hand grenade. Coming from a long lineage of grenades that stems from the “pineapples” of WWII, the M-67  is a 2.5-inch diameter steel sphere designed to burst into numerous fragments when detonated.  It even has an effective range of nearly 50 yards, according to the Military Analysis Network. 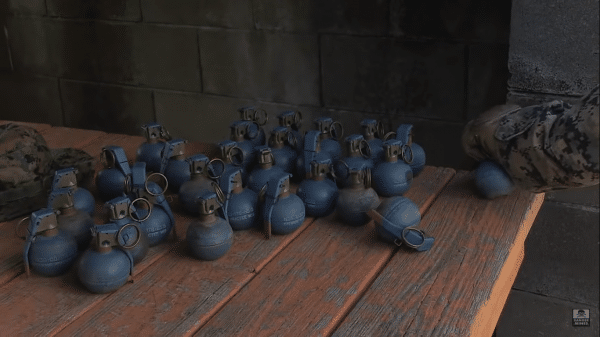 Used as a supplement against close combat enemies, the M-67 has become an essential weapon for soldiers. Each M-67 grenade holds 6.5 ounces of explosives. It explodes within 4 to 5 seconds after it is released, and is outfitted with a safety clip to avoid accidental mishaps. The M67 is typically known as a “baseball” grenade simply because it is shaped like a ball that can be easily thrown. 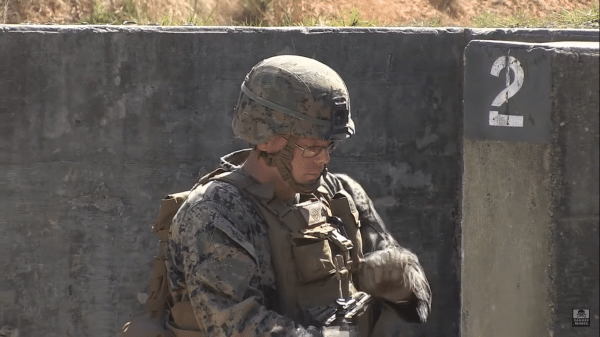 Day & Zimmermann has produced over 43 million M-67 hand grenades for the U.S. Government since 1961, and the company continues to be the current supplier to the U.S. Army, USMC, and State Department, according to the Day & Zimmerman website.

Check out this video of United States Marines practicing tossing the M-67 during training:

The video features training tossing the heavy metal grenades onto the range, and then quickly ducking to avoid the explosion. The small little devices cause quite the bang, and a shockwave can be seen with each detonation.

The M-67 weighs a total of 14-oz, nearly three times as much as an actual baseball. That makes throwing it quite the challenge. In the video clip, trainees can be seen struggling to get the grenade all the way over to the target zone, sometimes tossing the explosive a number of feat short.

By the end, they seem to have gotten the hang of it – the explosives roll into the designated target area and go off with a bang.

Vandals Cause $15,000 Worth Of Damage To "Pappy's Bell" At Veterans' Memorial