The United States Air Force has some of the most feared aircraft in the sky. With dozens of different fighter jets, cargo planes and other war machines at its disposal, the men and women who pilot these beasts are a force to be reckoned with.

A U.S. Air Force video shows off some of these amazing aircraft and fearless troops taking part in a training exercise. A number of different planes conduct impressive aerial feats, and viewers are also treated to the sight of paratroopers parachuting their jumps.

Check out all the action in the video below:

The first aircraft featured in the video is the A-10 Thunderbolt II. Affectionately nicknamed the Warthog by its crew, the military plane has been a staple in the Air Force’s fleet for nearly 50 years. The sinister aircraft destroyed thousands of military vehicles in its combat debut during the Gulf War, and continues to be an integral tool for the men and women in uniform.

At any given time, the Warthog packs a number of armament that includes a 30mm rotary cannon, multiple rocket pods, air-to-air and surface-to-air missiles, guided and unguided bombs, targeting pods and drop tanks. 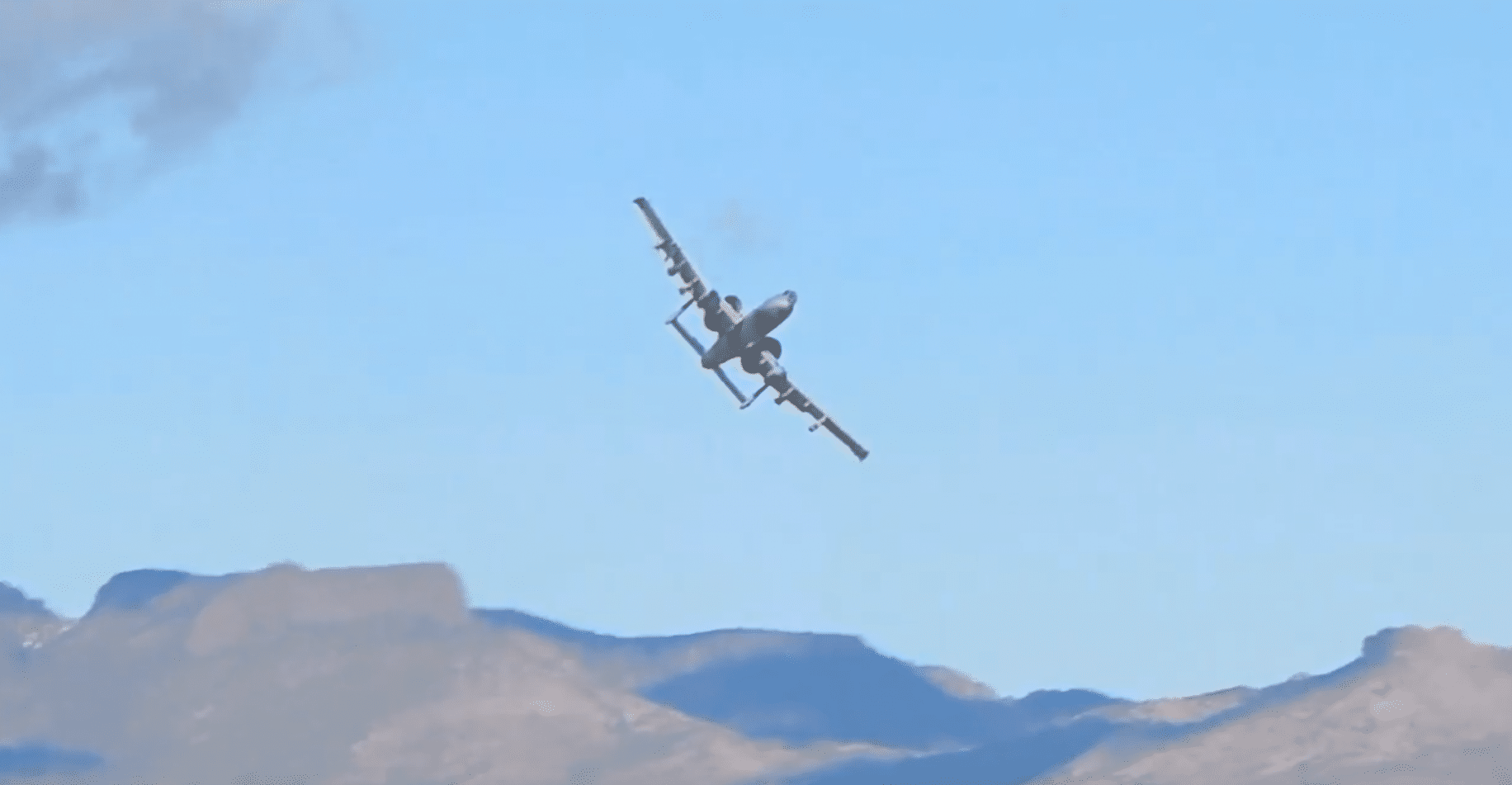 The main attraction in the video is a collection of Boeing C-17 Globemaster III cargo planes. These behemoths transport tens of thousands of pounds of cargo and crew all over the world, and have the capability to haul other military vehicles – even M1 Abrams tanks – in their cargo area.

Originally introduced in the mid-1990s, hundreds of these massive beasts are now utilized by not only the Air Force, but nearly a dozen other countries. The aircraft is capable of flying thousands of miles with a full payload, and cruise some 500mph at an altitude of nearly 40,000 feet in the sky. 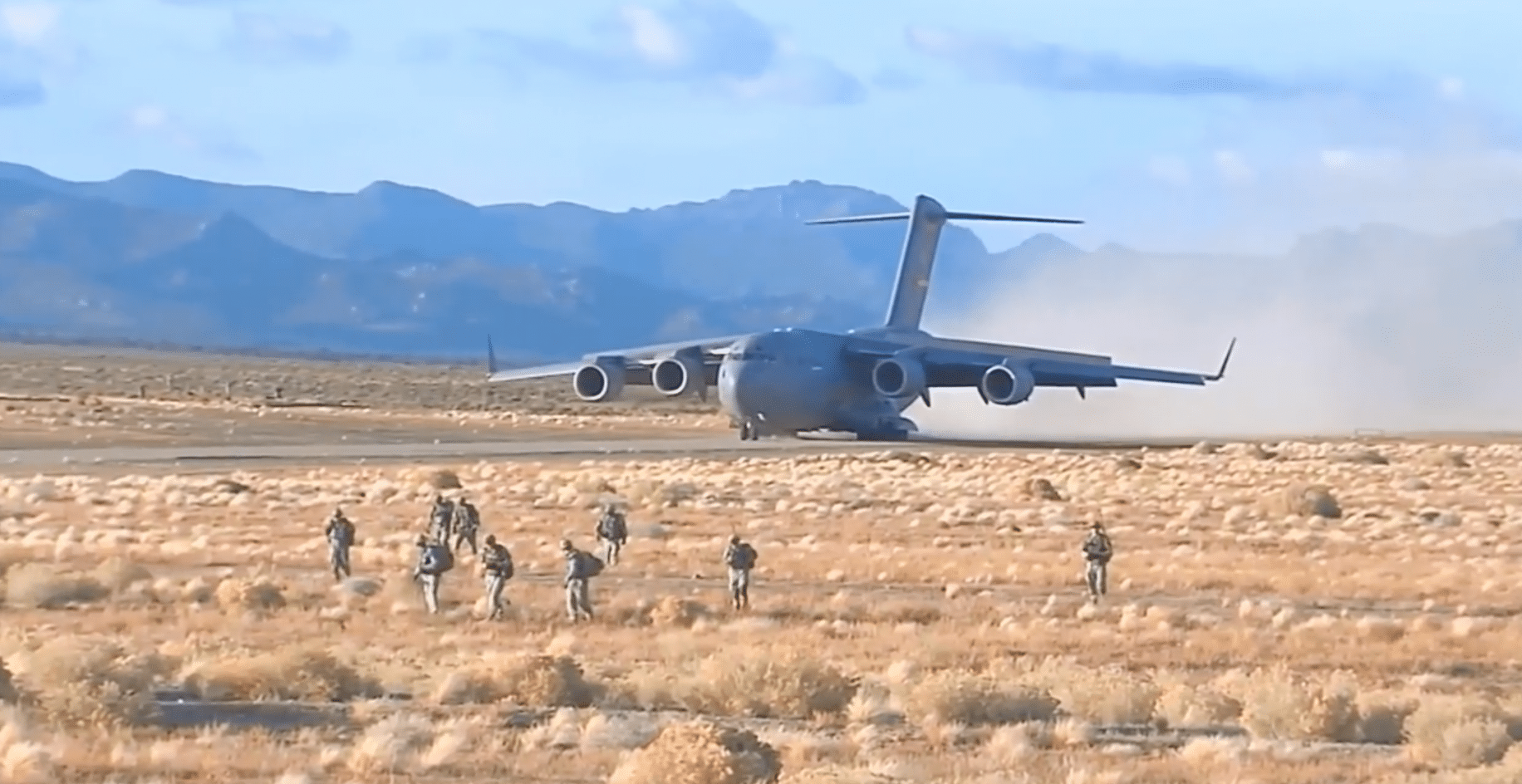 In the video, a number of paratroopers can also be seen leaping from the aircraft before gently floating down to the ground. With a fleet of C-17s flying by overhead, dozens of paratroopers grace the skies before safely touching down on the desert floor.

Each C-17 cargo plane can carry more than 100 fully equipped paratroopers in addition to other military weapons and gear. The C-17 can drop hundreds of troops into battle in a matter of seconds and be in and out of a hot zone quickly.