Iraq native Amanda Issa fled ISIS, now a US Marine: ‘I came here to be a Marine’

Amanda Issa came to the U.S. in 2011 after fleeing terrorist groups, the rising threat of ISIS, and living in a Turkish refugee camp for a year. She then went on to excel in her academic career before enlisting in the U.S. Marine Corps, and ultimately graduating in 2016.

Her story of heroes is a different one than most high school students, as Lance Cpl. Aaron Bolser at DVIDS described it.

After leaving behind ISIS in a war-torn homeland, and the Turkish refugee camp she’d called home for nearly a year, Issa moved to Michigan with her family in 2011 while she was a teenager.

Her family knows more than most about ISIS and the war on terror and its impact on families.

Issa’s parents moved to Michigan for the same reasons others have come to America — for a better life, better education, more opportunities and freedom to live a free life. It was a whole different world of unlimited possibilities for Issa and her two sisters.

She then finished in the top 10 of her Madison Heights, Mich. high school class, received an associates degree in global studies from Oakland Community College, and then enlisted in the U.S. Marines to follow her heroes. 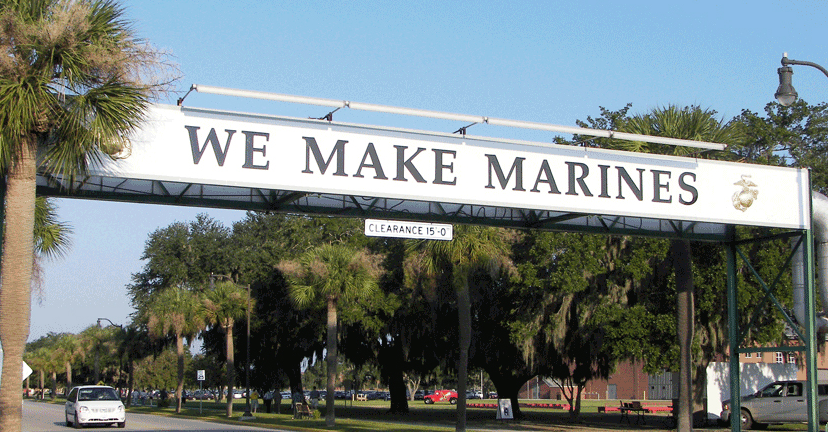 Bolser reported, “On Jan. 19, 2016, she stepped on Parris Island’s iconic yellow footprints only to be injured a month later on a conditioning hike. The injury was bad enough that doctors told her she could be medically separated. She fought that prospect and ended up returning to training and eventually graduating with Platoon 4034, Papa Company, 4th Recruit Training Battalion, on Sept. 30, 2016.”

Issa referred to the Marines she saw in Mosul as heroes.

“I was one of those kids that always ran after the Humvees,” she told Marine Corps Times. “There were a lot of [American] military there — Army, Navy — but the Marines were different.”

According to Issa, the Marines were always nicer, more fit, and more professional.

Now she’s a Marine private first class herself and could not be more proud.

Watch a video of Issa celebrating her graduation below:

“Now, to be called a Marine is unbelievable,” she said shortly after making the Oath of Allegiance during a naturalization ceremony. “Yeah, being a U.S. citizen is great, but I came here to be a Marine.”

“I don’t know what the future holds, but I always do my best and work hard,” she said. “After boot camp, it’s not about you, it’s about the Marine Corps.”