A Marine who is in legal trouble with the Navy, which for those of you who may not know, oversees the Marines, for mishandling classified information is going to court and his lawyers plan on pointing a finger at Hillary Clinton to help their case. In 2012, Maj. Jason C. Brezler self-reported himself for improperly disseminating classified information over an unclassified server, a decision he said he made to save Marines’ lives. Brezler’s attorney, Michael J. Bowe, says he plans to fight the discharge in federal court on Friday by pointing to Hillary Clinton, who went unpunished for doing far, far worse.

Maj. Brezler has argued since his actions in 2012 that his improper handling of classified information was wrong, but he did it because he was focused on saving U.S. lives in Afghanistan. Brezler obtained information in 2010 about a corrupt Afghan police officer who was involved in the sex trafficking of young boys and was deemed by U.S. officials as highly dangerous. Though the officer was expelled from his post in 2010, Maj. Brezler found that he was once again working within the Afghan police at a post alongside U.S. forces in 2012. 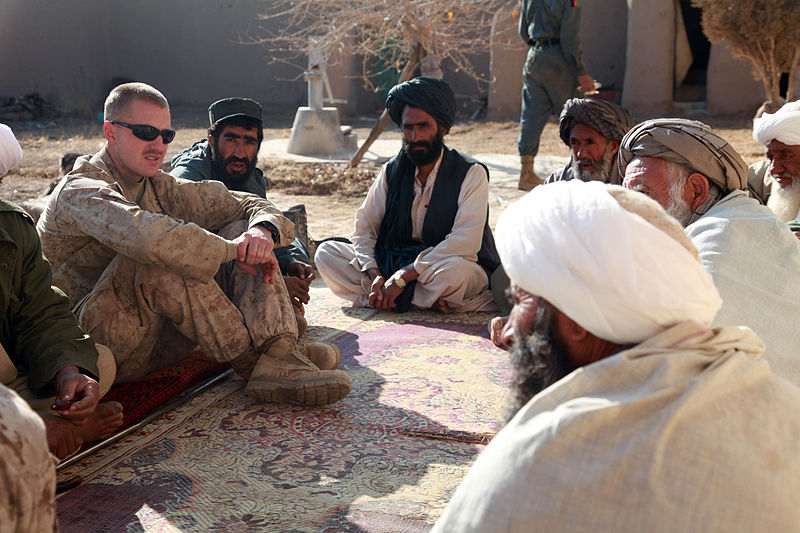 Major Jason Brezler in 2009 while he was a Corps Caption, speaking with Afghan leaders.

In an attempt to inform Marines working alongside him of the dangerous Afghan officer, Maj. Brezler sent classified information about the corrupt official over an unclassified civilian Yahoo email address. Though he tried to warn his fellow servicemen, days later a subordinate to the Afghan officer took a shotgun and shot dead three U.S. Marines at the post. 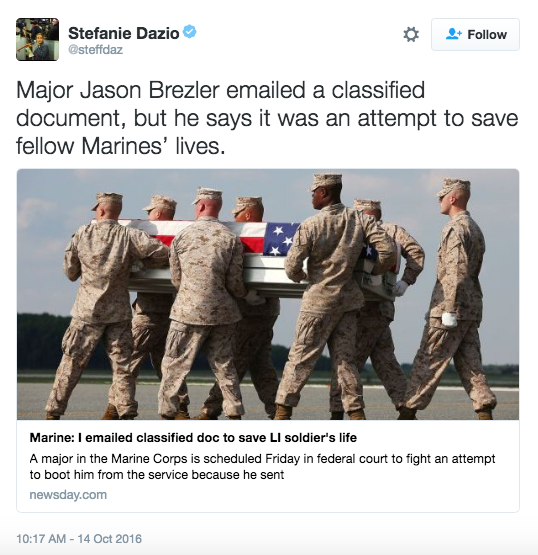 “We have presented compelling evidence of illegal retaliation and are looking forward our day in court,” says Bowe.

Bowe says that they plan to use Hillary Clinton’s “extremely careless” use of an unclassified email server to send classified information during her tenure as Secretary of State as “as one of the many, and most egregious examples” of how Maj. Brezler was too harshly punished after honorably serving 13 years in the marines.

Maj. Brezler is a Long Island native who has served as a fighter fighter for the NYFD. He is scheduled to appear at U.S. District Court on Friday afternoon in Islip, NY on Long Island.