Republican Congressman from California, Duncan Hunter, demanded in a letter to Defense Secretary Ash Carter that the Pentagon drop its demands for troops to send back thousands of dollars they’ve gained in enlistment bonuses. Rep. Hunter, a Marine reservist, says asking these men and women who served our country in Afghanistan and Iraq to pay back enlistment bonuses is absolutely “boneheaded.” 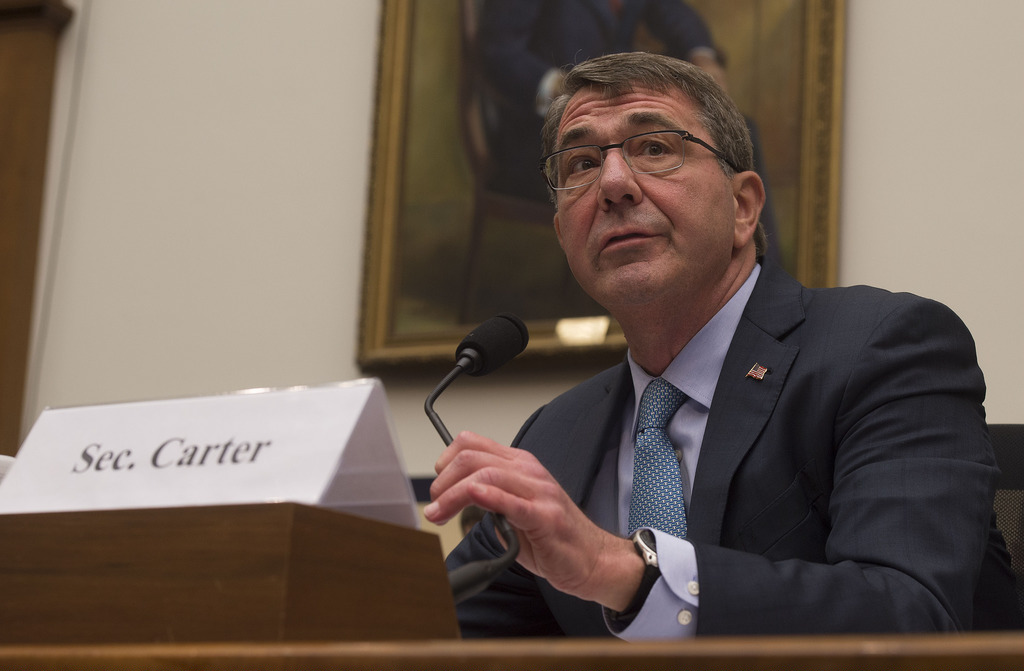 Last week, the Pentagon issued an order for thousands of soldiers to pay back enlistment bonuses all the way back to a decade ago because of what they claim to be “errors” and occasionally issuing excessive bonus amounts. Though the fault lies not with the military members, the Pentagon has ordered that the service members who received the payments not only pay them back in full, but with added interest as well. If soldiers do not comply they will face wage garnishments and tax liens.

“While an audit revealed that these bonuses were paid in either error or excess, the fact that these payments occurred in the first place in exchange for reenlistment should dissolve any burden on the part of the soldiers to repay the bonuses,” Rep. Hunter wrote. “This is especially true with the understand of the financial hardship that repayment has caused for many individuals and families, most of them who faithfully upheld their commitment of service.”

“The Department of Defense–along with the National Guard Bureau–has a duty to continue investigating this matter and address any instances of fraud that might have occurred, but it remains my firm belief that even the simple request of asking soldiers to repay money contingent on reenlistment is disgraceful and insulting,” he continued. 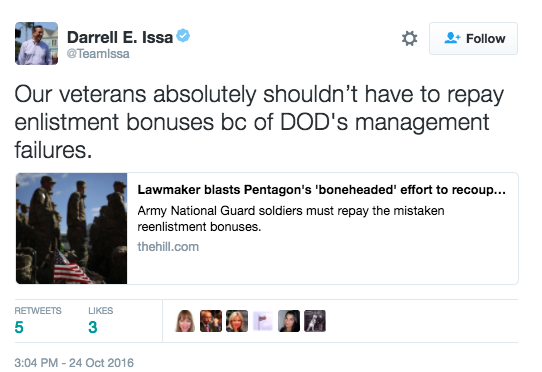 “In fact, I find it difficult to believe that either you or your leadership team was aware that such a boneheaded decision was made to demand repayment,” Rep. Hunter wrote to Sec. Carter.

The Pentagon claims the demand of repayment is a means of cracking down on fraud that National Guard officials reportedly engaged in in order to meet recruitment goals. Though many believe such nefarious dealings may have occurred, to demand the money be returned after years of service is not the proper way to combat the issue.

“At the end of the day, the soldiers ended up paying the largest price,” said Maj. Gen. Matthew Beevers, deputy commander of the California Guard told the LA Times. “We’d be more than happy to absolve these people of their debts. We just can’t do it. We’d be breaking the law.”