On Sunday, the GOP Headquarters in Hillsborough, North Carolina was reportedly destroyed after a molotov cocktail was thrown through their window and graffiti was sprayed on the side of their building. The Republican party headquarters was attacked just three weeks before the Presidential election. Hillsborough police stated they are working with the federal Bureau of Alcohol, Tobacco, Firearms and Explosives in the investigation. 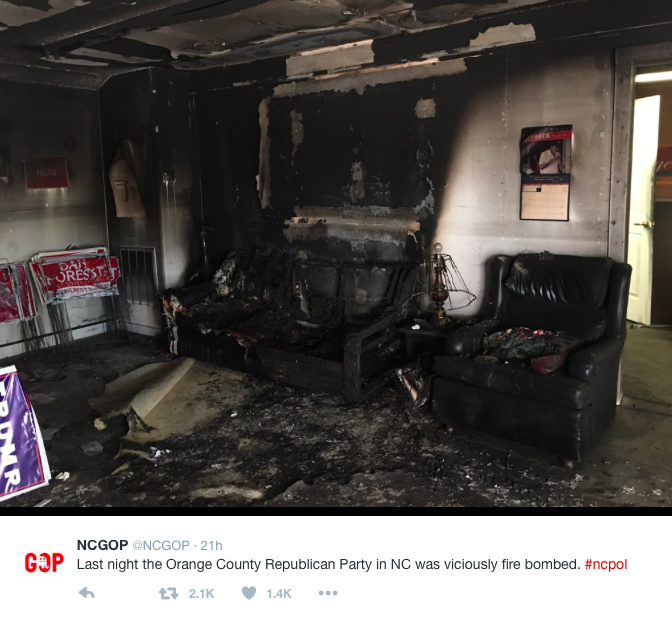 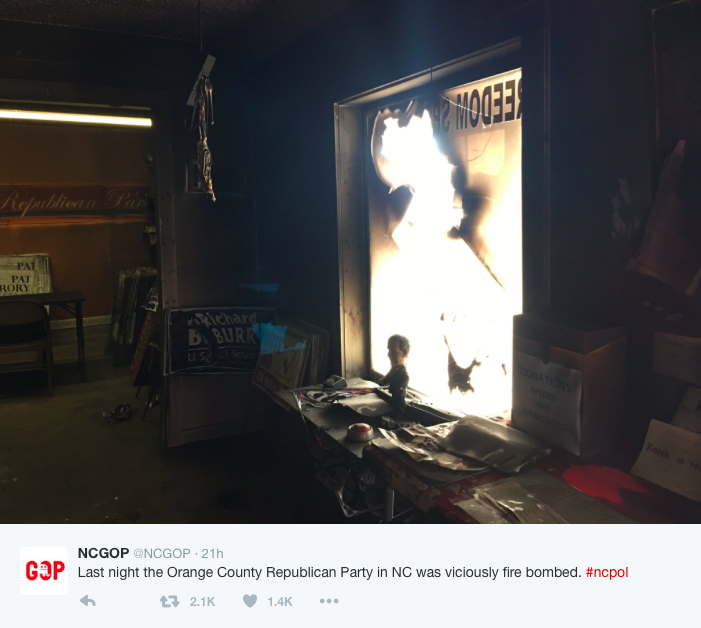 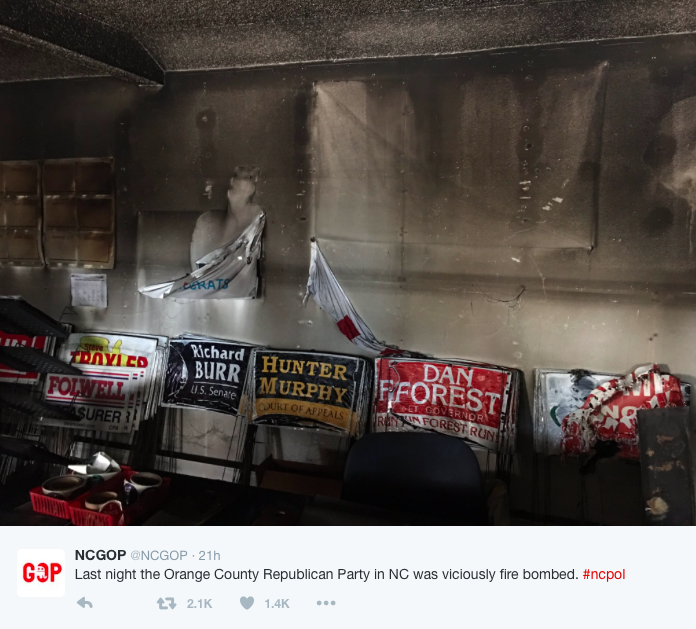 Along the side of the building in the shopping mall where the headquarters is located, the message “Nazi Republicans leave town or else” was spray painted on the outside of a nearby business. 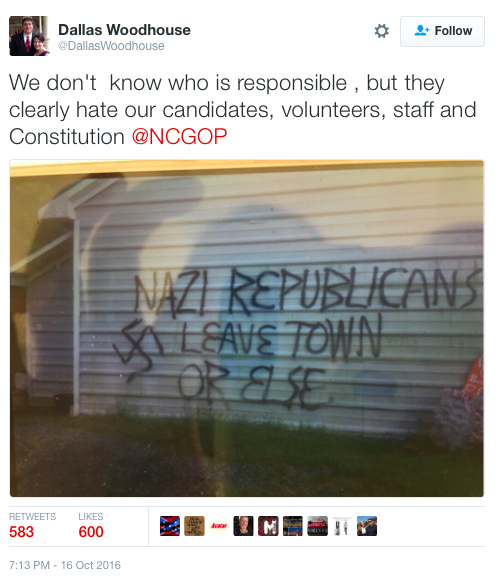 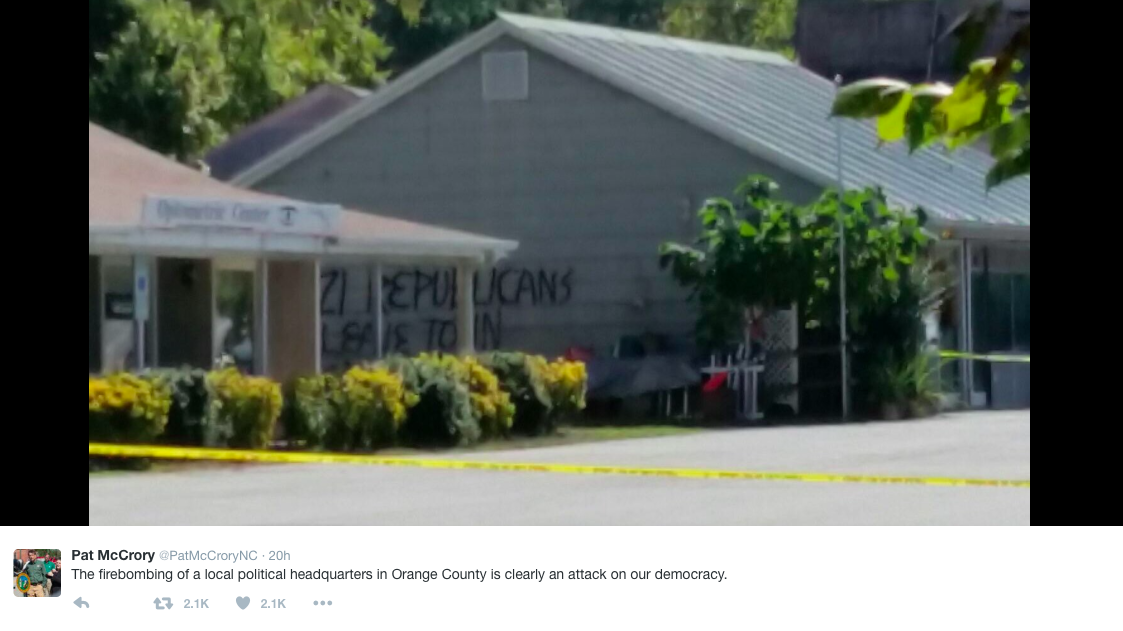 “The firebombing of a local political headquarters in Orange County is clearly an attack on our democracy,” North Carolina Gov. Pat McCrory said in a statement. “Violence has no place in our society – but especially in our elections. … I will use every resource as governor to assist local authorities in this investigation.”

“Our law enforcement officials are responding quickly and thoroughly to investigate this reprehensible act and prosecute the perpetrators,” the statement continued.

Both Presidential Candidates weighed in on the matter via Twitter yesterday:

Since the attacks, democrats have raised over $13,000 to help their political counterparts. 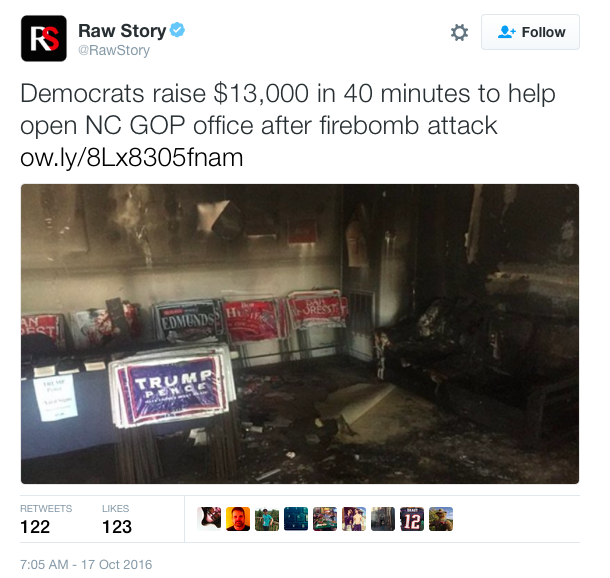 MUST WATCH TRAILER: Planet Earth II Is The Most Incredible Wildlife Footage Ever Created