Phuc Long explains the progression of the M1 Garand to the M14, and the EBR. (Firepower United/YouTube)
September 16, 2016 Wade Bennett
Share
Tweet
Flip

The M1 Garand was the standard issue service rifle for the United States during both World War II and the Korean War. Originally introduced in the 1930’s, more than five million M1 Garands were produced over the course of just twenty-three years.

The rifle was the catalyst and inspiration for a number of future weapons including the M14, and even laid the foundation for modern day weapons like the MK-14 Enhanced Battle Rifle (EBR).

World-famous firearms instructor Phuc Long takes a look back at the history of the M1 Garand in a new video posted to the Firepower United YouTube channel and also explains the effect the rifle had on future guns that are still produced today. 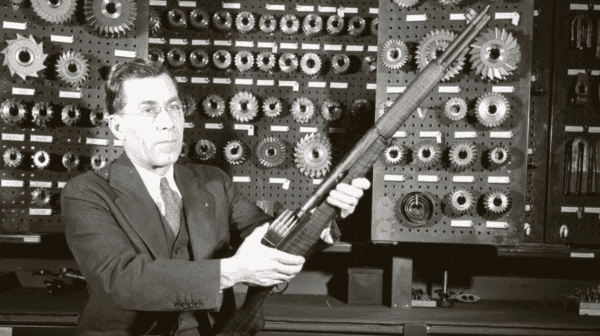 The American weapon was designed by Canadian-born John Garand in 1928. During WWII, the rifle cost about $85, more than $1200 in today’s money. The 10lb, 43.5 inch gun had a rate of fire of around 45 bullets per minute depending on the user’s reload speed, and could effectively hit targets up to 500 feet away.

Check out Long’s video on the history of the M1 below:

While the M1 Garand was a solid weapon, it did have two main problems according to Long.

“It only holds eight rounds, and it makes a very loud noise when it goes empty – letting everyone around you know that you don’t have any more bullets,” Long explains.

When the empty cartridge of the M1 hits the ground, the metal makes a loud ping that certainly would draw some attention. 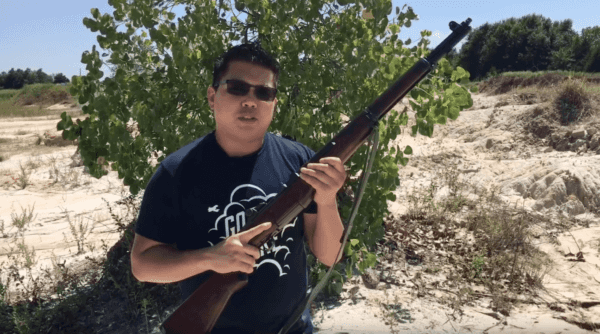 The M1 Garand was no doubt an effective weapon in combat, but its limitations meant that the United States Army had to improve on its next standard issue gun. This paved the way for the new M14 in 1959.

“To fix the dangerous problems with the M1 Garand, the United States added the 20-round box magazine to the M14,” Long explains.

“The good thing about the M14 is that it doesn’t make any noise when it goes empty either,” Long remarks. 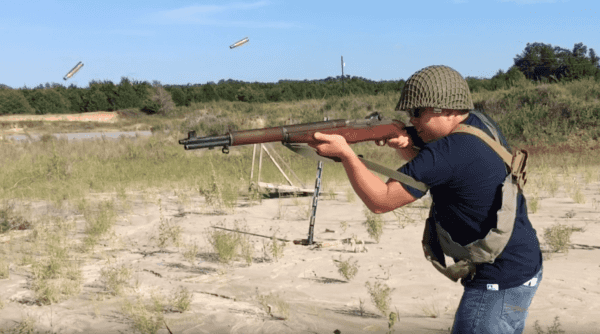 By the early 2000’s, the United States took the M14 even further, introducing the EBR. This new weapon, designed for both close quarter combat and designated marksman, is still used in combat today.

Japan Increasing Joint Patrols With The U.S. In South China Sea With