University of Texas System chancellor William McRaven, a Ret. U.S. Navy four-star general and former Navy SEAL, has issued an official memo to athletic directors and system presidents flat out stating that refusing to stand during the national anthem is “disrespecting everyone who sacrificed to make this country what it is today—as imperfect as it might be.” 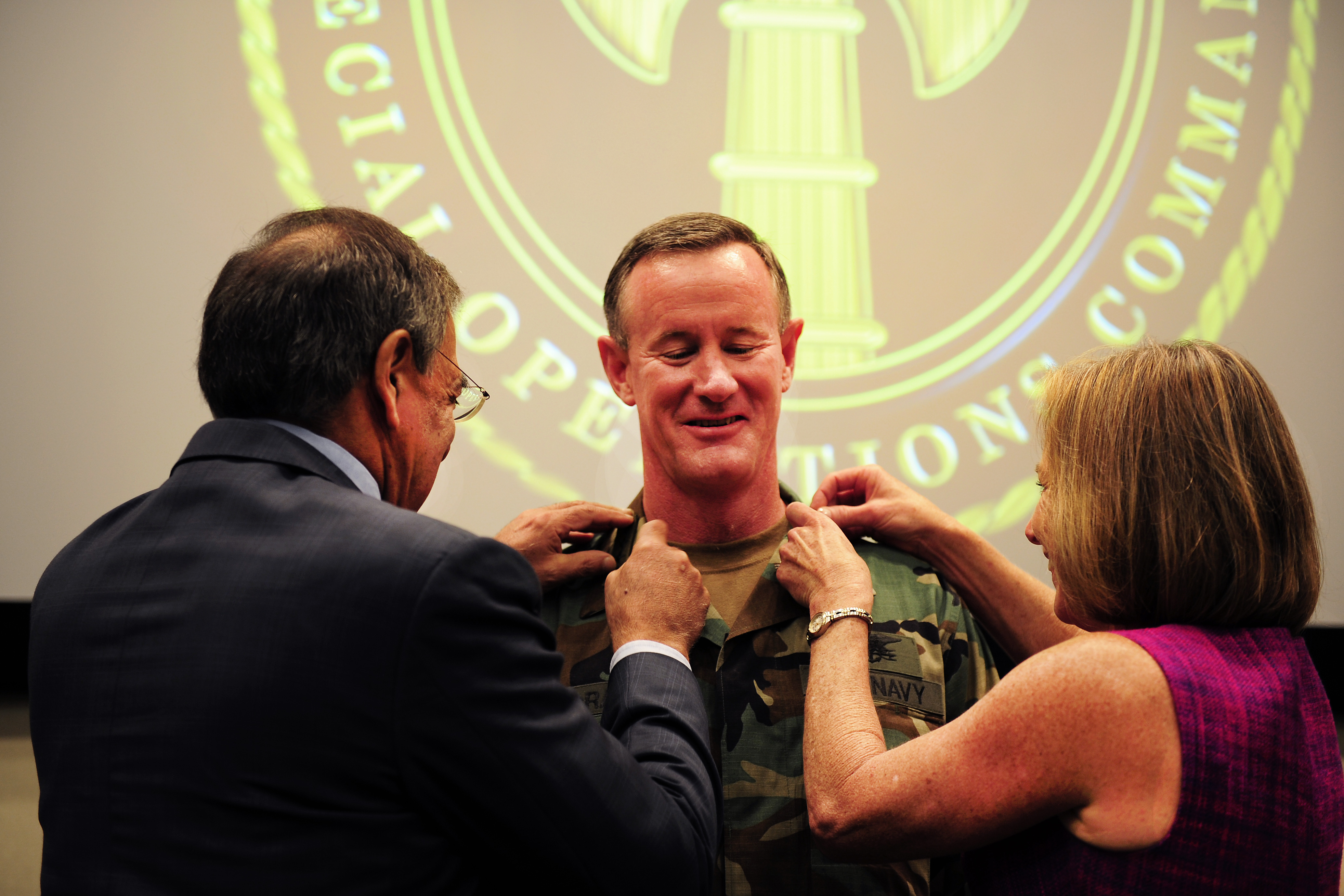 McRaven is a weathered veteran an American patriot that oversaw the military raid of Osama bin Laden’s Pakistan compound in May 2011. It’s safe to say he knows a thing or two about the sacrifices our service members make to protect American values and American lives. He claims that refusing to stand for the national anthem is not only disrespectful to military members, he argues that it is also disrespectful to “Americans who fought to eliminate bigotry, racism, sexism, imperialism, communism and terrorism.”

McRaven issued the memo on August 29, 2016, shortly after San Francisco 49ers quarterback Colin Kaepernick refused to stand for the national anthem to protest a country  “that oppressed black people and people of color.” This isn’t the first time McRaven has stressed the importance of respecting the flag. McRaven issued a similar memo in January, months before the Kaepernick protest, that urged players and coaches to remember to face the flag and place their hands on their hearts “as a sign of respect to the nation.”

Read McRaven’s full memo from August 29 below via a tweet from Sebastian Gorka: 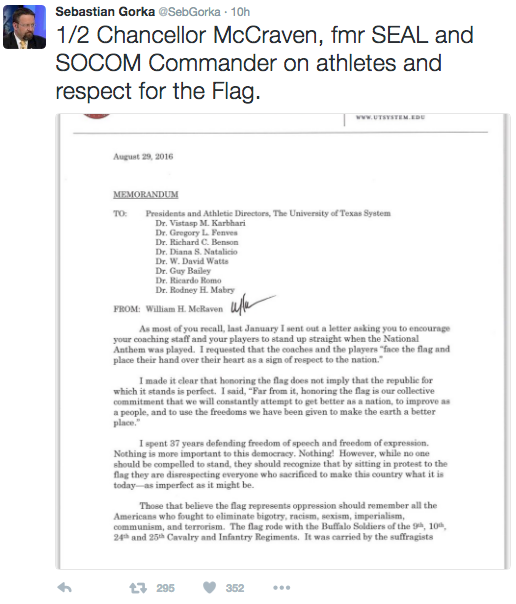 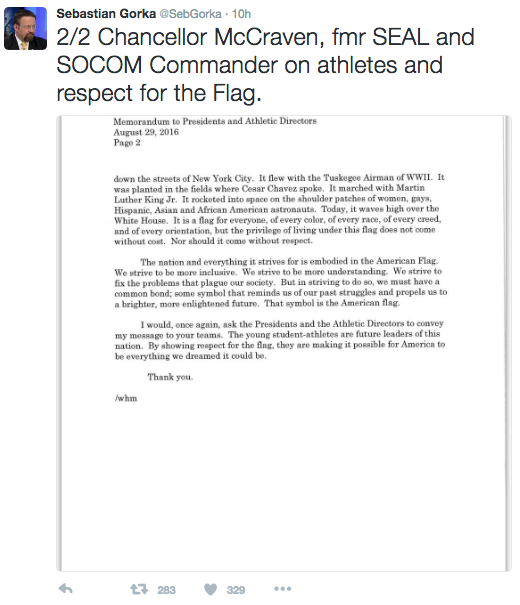 A spokesperson from the University of Texas issued a statement to the press explaining that the guidelines laid out in McRaven’s memo will not be enforced throughout the school system. The state that McRaven simply wanted to remind students and athletes of his personal views on the subject.