Trump came out during a rally in Pennsylvania this week and promised that if he is elected this November he will expand all areas of the military and increase military spending.  On Wednesday, the Republican  presidential candidate spoke at the Union League in Philadelphia and vowed that he wanted more soldiers, more ships, more planes, and more anything that would enhance the armed forces noting that, “we want to deter, avoid and prevent conflict through our unquestioned military strength.”

The expansion plan Trump is proposing is projected to cost somewhere around $90 billion a year in additional military spending.  However, Trump claimed he could acquire the needed funds by raising money and cutting wasteful spending, though he did not give specific details on how that would be done. 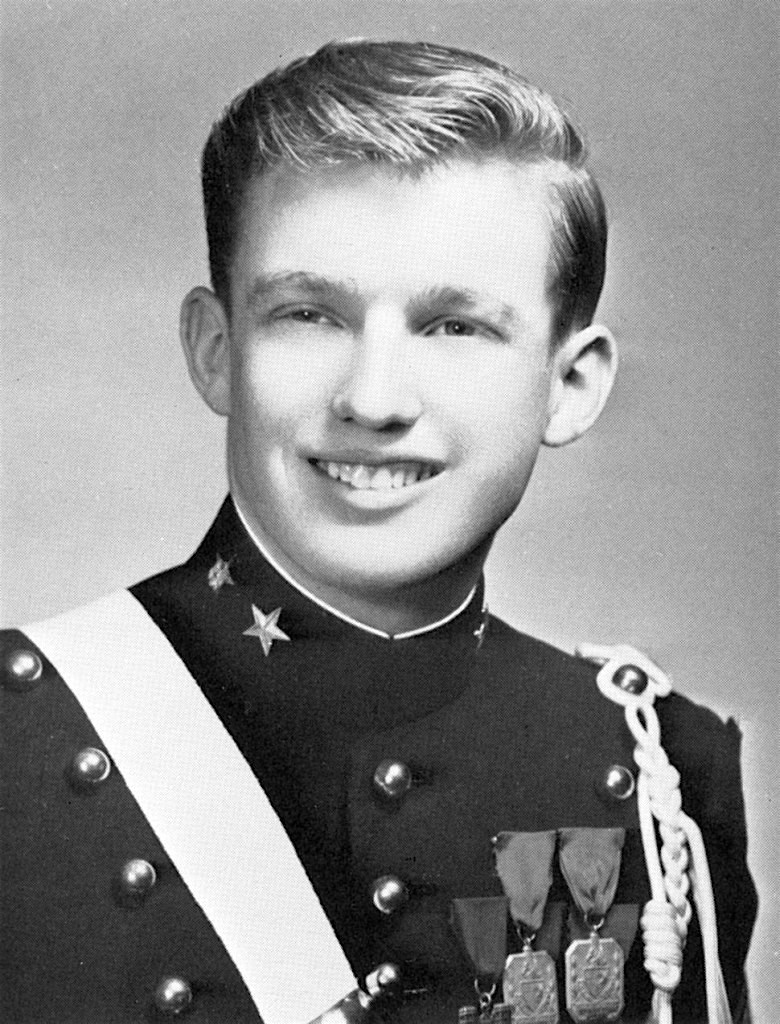 Trump as a teenager at New York Military Academy, 1964

In recent weeks, Trump has proclaimed that he wants to reach numbers of 540,000 total Army troops, a Marine Corps of about 36 battalions, a total of 350 surface Navy ships and submarines, and about 1,200 total fighter planes for the Air Force.

Donald Trump also stated that, if elected, he would implore generals to formulate a plan within 30 days of the election on how to defeat the ever-growing threat of the radical Islamic terror group ISIS.  He ensured that any actions he would take would be “tempered with realism” to avoid “toppling regimes with no plan for what to do the day after.” 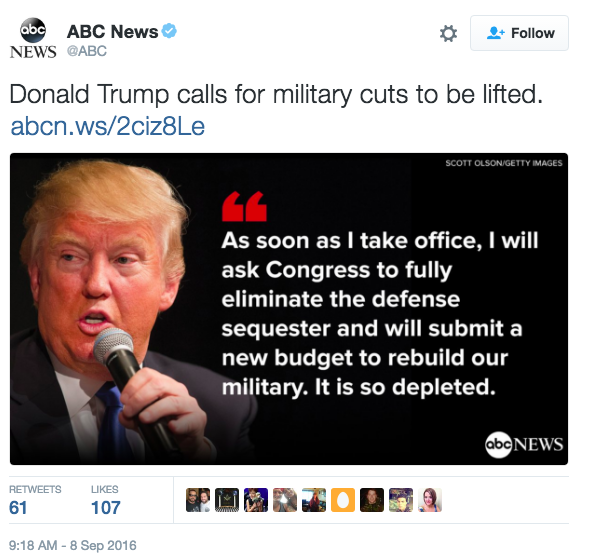 A factsheet released to reporters before the speech Wednesday said Trump is planning to “ask Congress to fully eliminate the defense sequester and will submit a new budget to rebuild our military as soon as he assumes office.” Hillary Clinton has come out multiple times saying she is opposed to all sequestration cuts.

Donald Trump has been outspoken about his support for the military and his stance on the sequester for years, as seen in this tweet from 2012:

The push for a bigger military and a bigger defense budget Trump is advocating for counters the Obama Administration’s military support.   Just this week a Congressional report acknowledged that Obama is looking to lessen the amount of troops about 25,000 by 2018, which would bring the total number from 475,000 where it is currently to about 450,000. 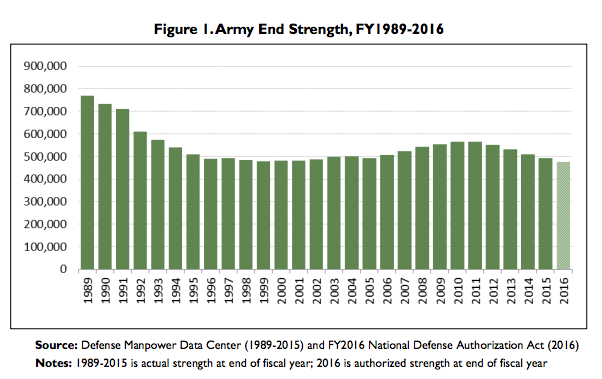 Earlier this week Donald Trump was endorsed by 88 Military Figures who wrote a letter stating that “the 2016 election affords the American people an urgently needed opportunity to make a long overdue course correction in our national security posture and policy,” and they believe Trump is the one to do it.