See the bunker busting Rockwell B-1 Lancer in action

The Rockwell B-1 Lancer is a supersonic bomber jet that has been used by the United States Air Force for four decades. Originally envisioned in the 1960s, the B-1 Lancer was intended on being a supersonic aircraft with Mach 2 speed paired with sufficient range and payload to replace the Boeing B-52 Stratofortress. However, what ultimately became the “Bone” is this deadly, low-level penetration aircraft with long-range and Mach 1.25 speed capability we have today.

Check out the B-1 Lancer in action in the video below and hear what one pilot has to say about the aircraft:

“Behind me is the B-1 bomber,” says Cpt. Jen Former of the 32nd Bomb Squad. “With a crew of four, we have two pilots and then two weapons systems officers.” Those in charge of the armament have quite the firepower at their disposal.

The list seems endless, and for good reason: “We’ve got the largest payload of any bomber in the inventory,” Former says of the aircraft. 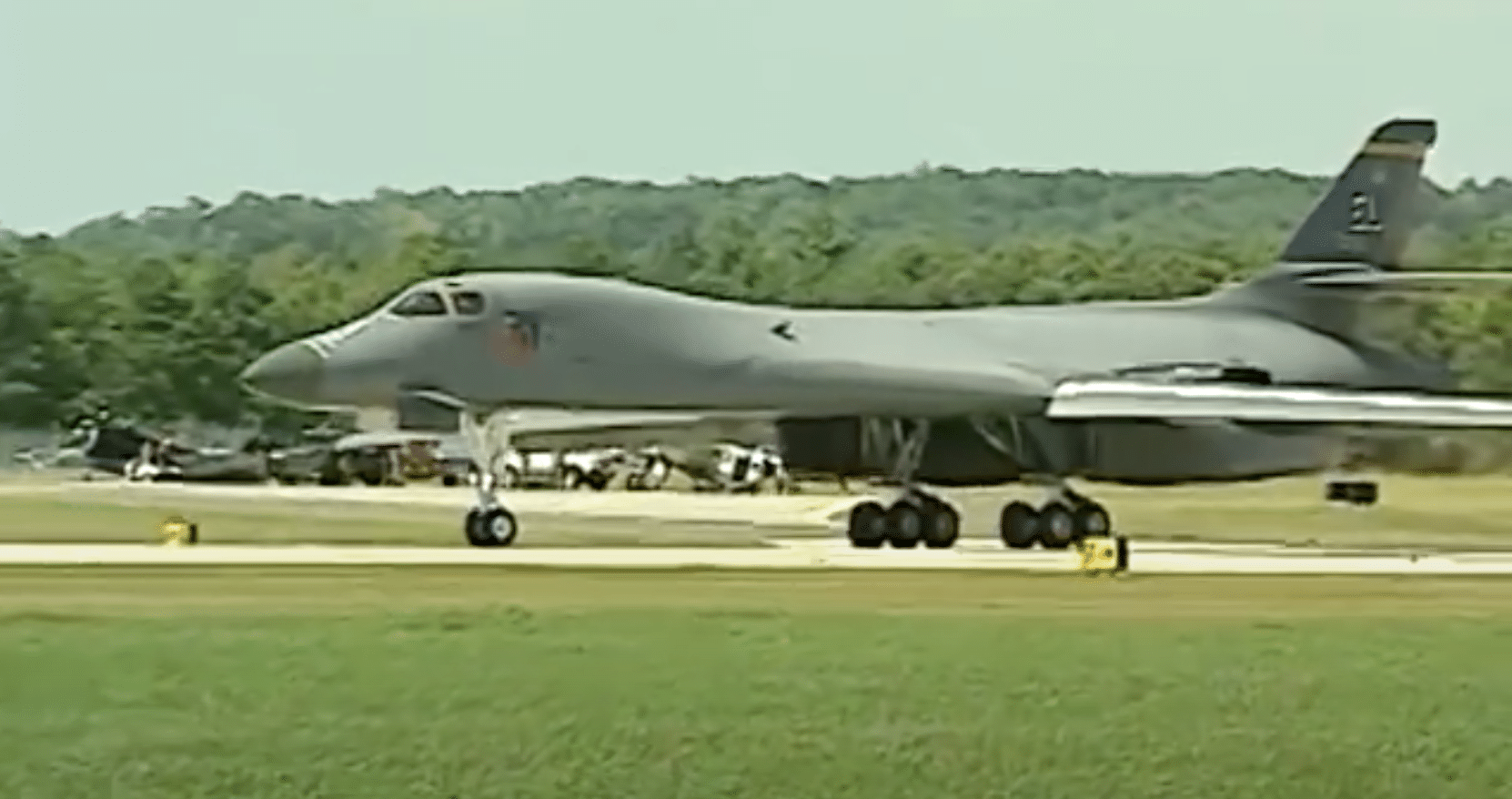 The Rockwell B-1 Lancer thrills crowds during an airshow. (EFP Network/YouTube)

To get that massive payload airborne, the B-1 is powered by four General Electric afterburner turbo engines generating 140,000lbs of thrust. The 146-foot long aircraft has a wingspan of more than 137 feet.

“The greatest crowd pleaser at air shows is this aircraft because of the sound,” Former says. “Everyone is just so amazed at how loud it is.”

Its massive engines can propel it more than 700mph even at super low altitudes – as low as 200 feet above the ground. Its variable wingspan allows the aircraft to be equally as nibble at low speeds and supersonic speeds. 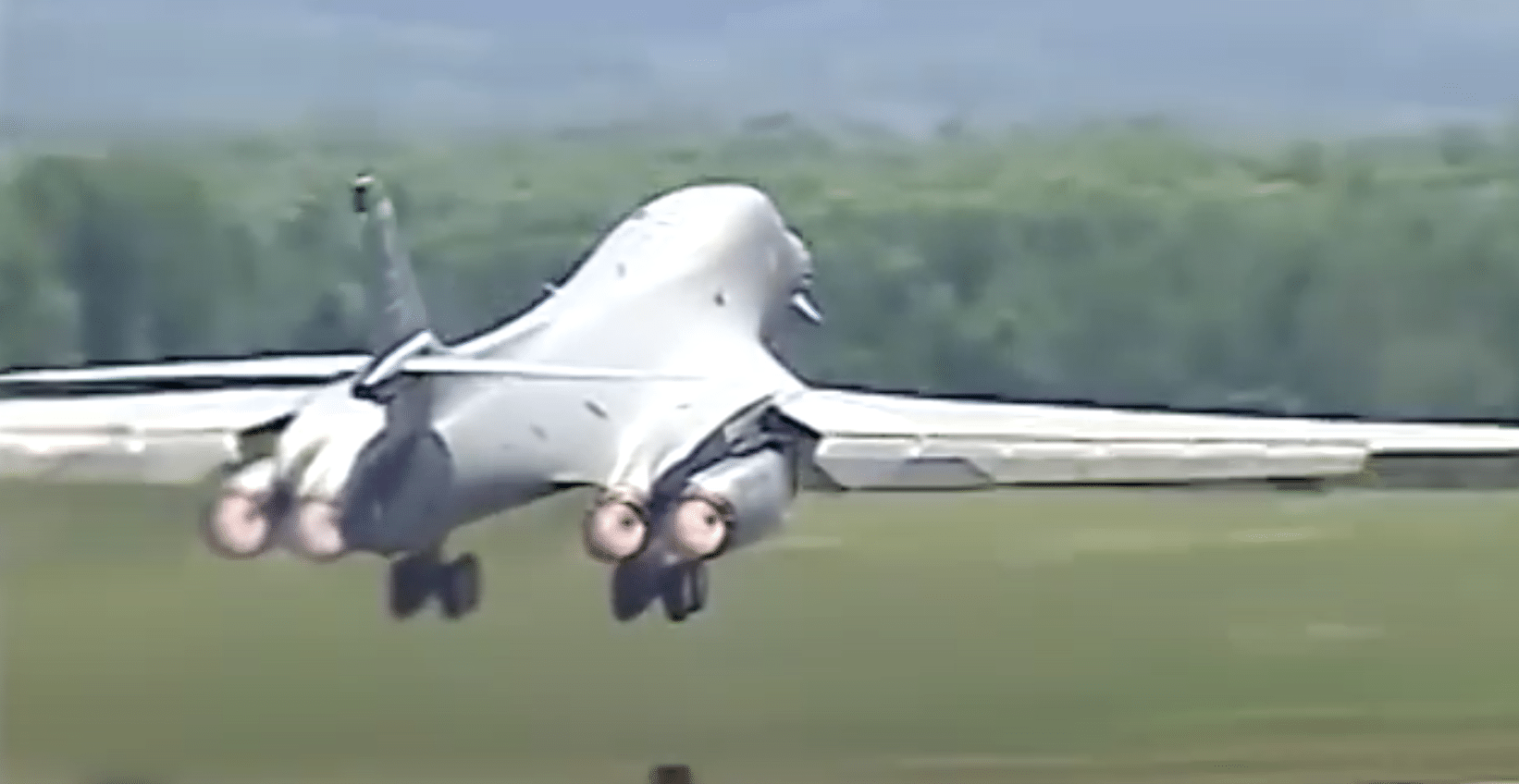 The Rockwell B-1 Lancer thrills crowds during an airshow. (EFP Network/YouTube)

Former described what it was like getting to fly the aircraft.

“One thing that’s actually kind of amazing in this aircraft is when you go supersonic. You can be going about Mach 1.2, and you pull the throttles to idle and the airplane actually feels like it is stopping in midair. You can really feel it all.”

“And when you’re close to the round at 500 feet going 600 knots, you really get the feeling you’re going pretty fast.”

Today, more than 100 B-1 Lancers grace the skies all around the world. The aircraft will likely remain in production for another decade at least.