Laser Guns And Air-Launched Drones Coming To The AC-130 According To Lt. Gen. Brad Heithold

The AC-130 will be retrofitted with high-energy laser guns and drones that can be launched mid-flight if Lt. Gen. Brad Heithold has his way. Heithold wants to turn the AC-130 into a sort of flying aircraft carrier. He believes that both modifications will have offensive and defensive capabilities that will make the slow-flying AC-130 a more versatile and useful aircraft. He claims that, without these modifications, the AC-130 will become a sitting duck as enemy nation’s military technology becomes more sophisticated. 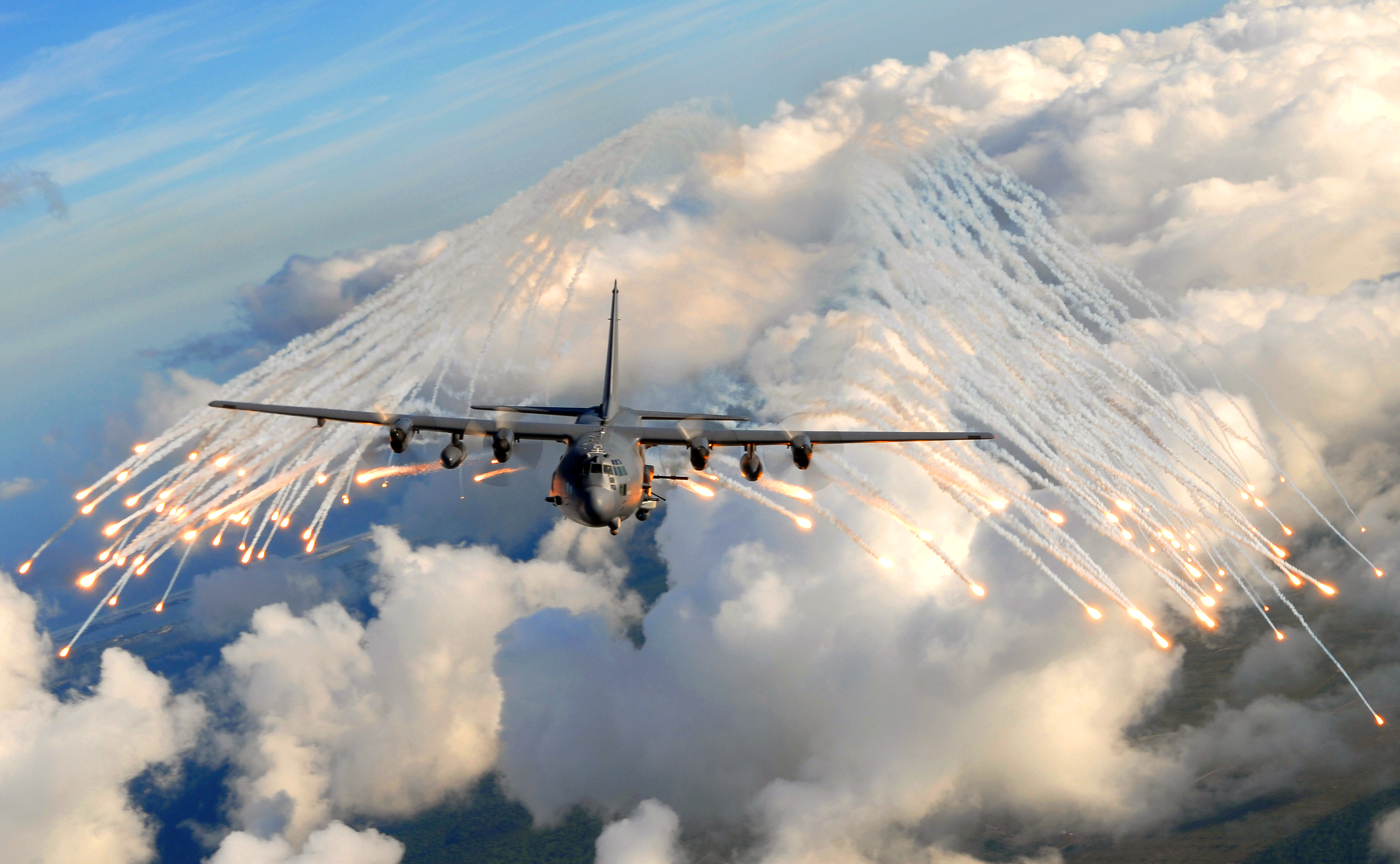 The aircrafts defensive jamming and spoofing suite is being upgraded but Heithold believes that by the time the new technology is implemented it will be in danger of becoming outdated. His solution to this problem? He stated:

“The key, I believe, is to pursue high energy laser capabilities.”

He believes that the lasers will be able to shoot down surface-to-air missiles that are a threat to the AC-130. He claims that the technology can be ready and implemented within a decade.

“Every industry partner who’s ever even touched a laser…I know the technology has matured now. I believe we can put a high energy laser — offensive and defensive — on an AC-130 by the close of this decade.”

He also believes that disposable drones that will be launched directly from the aircraft can be used to scout areas before the AC-130 enters areas where it will be vulnerable to attacks. They can also be used offensively, to fly within striking distance of surface-to-air missiles and ensure the AC-130’s attacks are on target. He states that not all AC-130s in the military will need this technology. He believes that applying the technology to just 5 or 6 aircraft will be sufficient.