Japan Increasing Joint Patrols With The U.S. In South China Sea With

Japanese officials have announced that they are planning on increasing their presence in the South China Sea through Joint exercises with United Sates and by providing countries such as the Philippines and Vietnam with military aid. Japanese Defense Minister Tomomi Inada has confirmed that the country is planning to increase its role in the contested waters of the South China Sea. 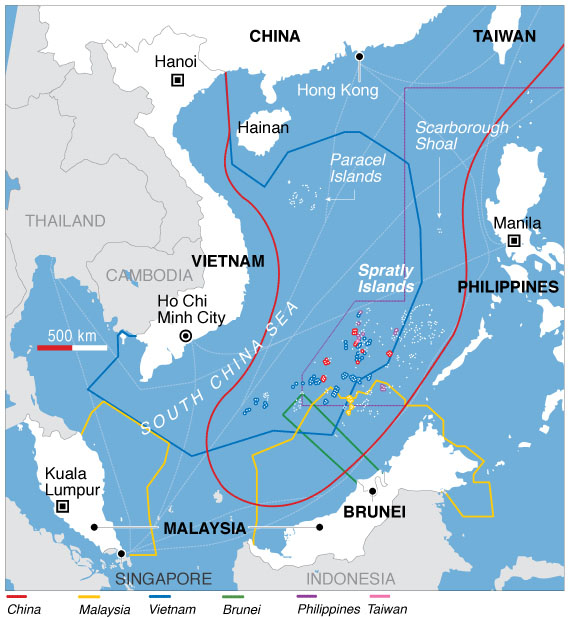 Japan is one of many countries that are suffering from China’s false claims over the South China Sea. Vietnam, Malaysia, Brunei, the Philippines and Taiwan are other countries that have had their waters violated by China’s claim to be rightful owners of the area. The Chinese have claimed the South China Sea as their own based on an outdated map from 1947 known as the nine-dash line map.

Inada has also been a strong supporter of the U.S.’s plan to deploy 60% of its Navy and Air Force assets to the area by 2020. Disputes over the area continue to intensify as the Chinese put on military displays of power and harass fishing vessels that enter international waters erroneously claimed by the Chinese.

While Japan and the U.S. are joining forces with other Asian countries in the area China has also found a new ally. Russian naval ships have begun conducting joint exercises with the Chinese in the South China Sea, raising concerns of increased tensions leading to military action.