FINAL COUNTDOWN: Republicans Desperate To Stop Obama From Giving Away The Internet

The Republican Senator from Texas, Ted Cruz, took to the floor of the Senate Thursday morning to annihilate the Obama Administration and bring attention to its plan to give up control of the Internet.  The Administration has been actively working towards allowing the United States to hand off its total control of the Internet Corporation for Assigned Names and Numbers (ICANN) to an international governing body that would include 162 countries.

The ceding power of the web is set to take place on October 1st unless Congress takes action to stop it says Cruz.  On the Senate floor yesterday he said that President Obama’s desire to turn ICANN over to an international body when its contract is up with the United States “poses a significant threat to our freedom,” and “will empower countries like Russia, China and Iran to be able to censor speech on the internet.”

“Today our country faces a threat to the internet as we know it. In 22 short days, if Congress fails to act, the Obama administration intends to give away the internet to an international body akin to the United Nations,” Cruz said during the speech on the Senate floor.

“I rise today to discuss the significant, irreparable damage this proposed internet giveaway could wreak not only on our nation but on free speech across the world.”

While Cruz, who has put a countdown on his website, and his cohorts have been steadfast in defeating the turn over before the end of the month, the Obama Administration has been working heavily on gaining support from technology and telecommunication companies to move forward with the giveaway.

A number of Republican Senators and Congressmen, including Ted Cruz, wrote a letter to Attorney General Loretta Lynch and Secretary of Commerce Penny Pritzker requesting that they please “reconsider” relinquishing power of one of America’s greatest assets.
“We have closely examined the arguments for and against the proposed transition, including concerns about whether the transition could enhance the role of authoritarian regimes in Internet governance,” the letter read.

“In particular, we have heard from witnesses testifying to concerns that important accountability measures have yet to be fully fleshed out, tested, or proven, because they will not have been implemented prior to September 30, 2016.” 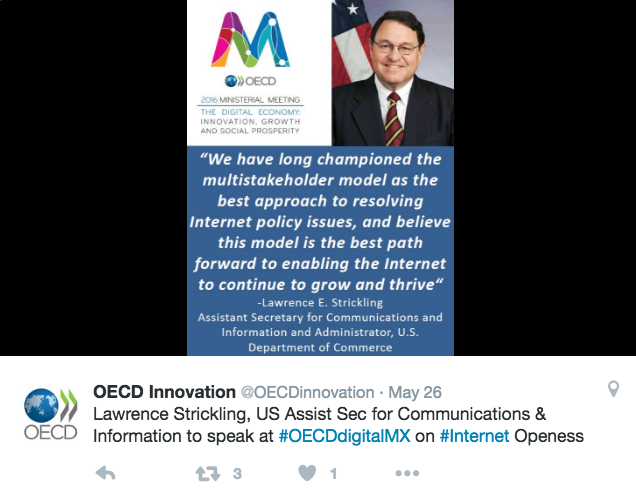 The National Telecommunications and Information Administration’s (NTIA) assistant secretary of commerce for communications and information, Lawrence Strickling, has been trying to quell American’s fears for years saying that the internet will be “just fine” with the multi-stakeholder model of control.

Senator Cruz has scheduled a hearing on the matter for next week.