The FBI has uncovered a massive weapons cache at the home of a home-grown radical Muslim in Detroit. Sebastian Gregerson has been jailed and labeled as an extreme danger to himself and others. Gregerson, who also goes by his adopted Muslim name Abdurrahman Bin Mikaayl, spoke with undercover FBI agents about radical Islam and had started stockpiling AK-47s, thousands of rounds of ammunition, shotguns, handguns, machetes, hatchets, and grenades. 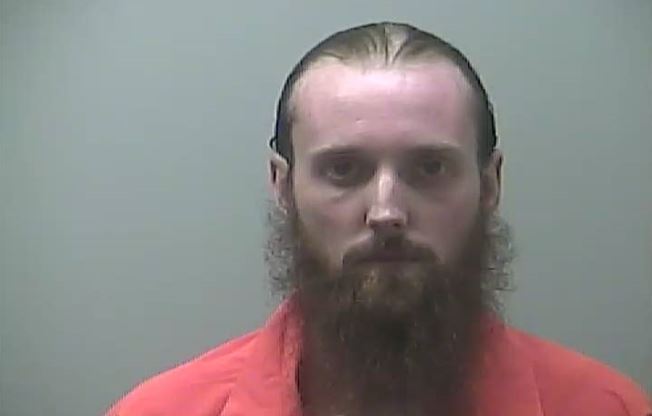 Gregerson lived a typical rural American lifestyle. He described himself as a “longtime gun enthusiast, survivalist and fisherman” during the court proceedings and spent most of his time working at the local Target and Walmart. He took classes a the local Henry Ford Community College and had no prior criminal record.

However, under the surface Gregerson was a literal powder keg waiting to explode. Undercover FBI agents posing as fellow ISIS supporters collected over 16 months of taped discussions between the undercover agents and Gregerson. The tapes show that Gregerson was looking to build a weapons arsenal, possibly to help ISIS agents by supplying them with weapons.

A search warrant allowed the FBI to raid Gregerson’s home after he bought five illegal grenades from one of the undercover agents. Despite all this evidence prosecutors claim the possession of the grenades are what “did him in.”

Prosecutors acknowledged that, up until he purchased the grenades, he had committed no crimes. All of the weapons in Gregerson’s possession were legal firearms. The only exception being the grenades purchased from the agents. The prosecution stated that the possession of these handheld bombs proved he intended to harm American lives. Prosecutor Cathleen Corken argued in court:

“These are bombs, bombs that can be thrown by a hand. The only purpose for having a grenade is to kill or injure a person.”

The tapes show that Gregerson also intended to purchase Claymore mines from the agents. He did not tell the agents what he intended to use them for but referred to the deadly devices as “magical pieces of equipment.”

In a bizarre turn of events the defense tried to compare this home-grown radical Muslim to presidential candidate Donald Trump. The defense tried to brush off Gregerson’s radical rhetoric as little more than politically incorrect statements. They absurdly tried to make the case that what Gregerson was doing was no different that statements made by Trump during his campaign. Defense attorney David Tholen argued in court:

“Donald Trump does all those things, and yet he’s running for president. Politically incorrect statements are not crimes.”

Gregerson is being charged with unregistered possession of a destructive device and unlicensed receipt of explosive materials. He is not being charged with terror related crimes due to “insufficient evidence” that he was planning to carry out an attack.