The Senate Armed Services Committee convened Thursday morning to discuss budgetary restrictions on the various branches of the military. Four military service leaders testified that with the current budgetary restrictions imposed by the Obama Administration, the readiness of their branches are at risk and they will not have the capacity to adequately defend America.

Before hearing the testimonies from the four military leaders, Republican Senator John McCain from Arizona opened the hearing by saying “our troops are doing everything that we ask of them,” before pivoting to ask “are we doing everything we can for them?” 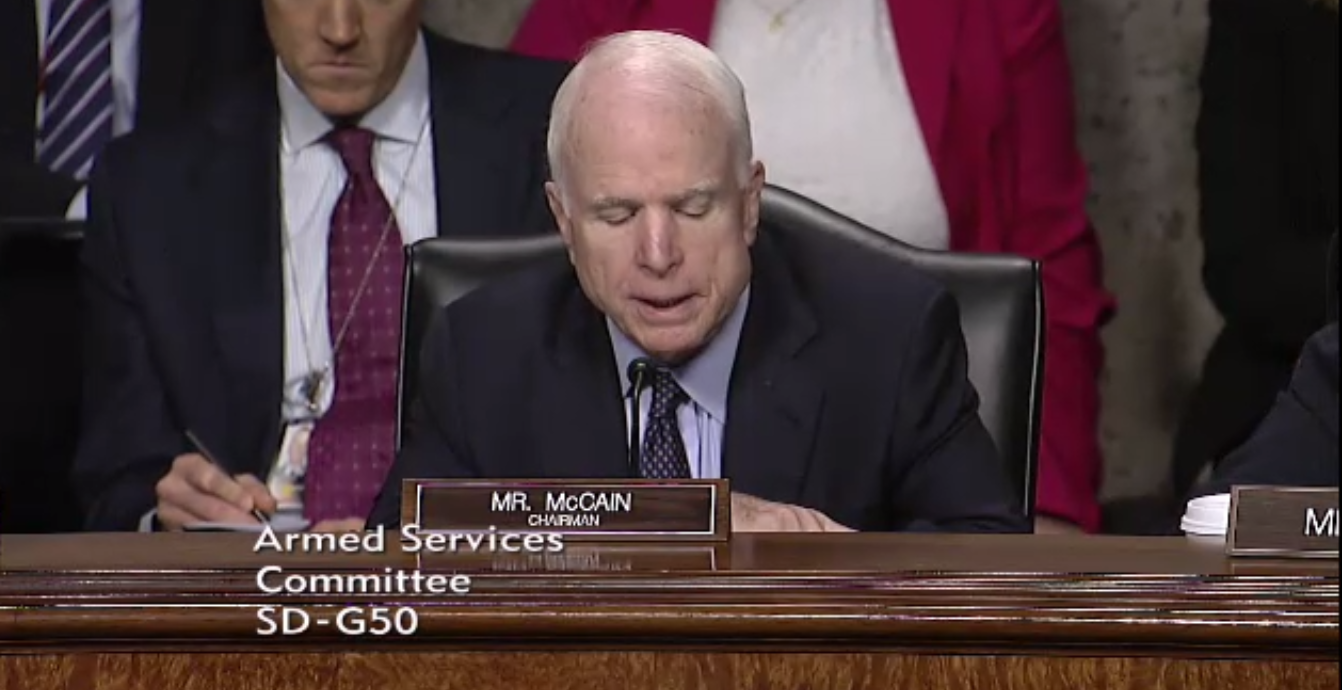 “The answer I say with profound sadness is: We are not.  We are not.” McCain said.

He went on to say that while the country has suffered debt issues time and time again, some of the most damaging action to combat the overspending was taken 5 years ago with the Budgetary Control Act of 2011, which cut defense spending for a decade.  McCain proclaimed that as the world becomes more dangerous, the ones feeling the effects of the sequestration cuts are the men and women in uniform, which in turn hurts our national security.

McCain noted that the current military budget is $150 billion dollars less than it was in FY 2011. The cuts are not only effecting the current state of operations in the military, but the lack of budgetary funding needed to continue hurts the services ability to grow and develop to fight future threats.

“Our services are cannibalizing themselves just to keep up with the current pace of deployments,” McCain said.

“What this means is that, over the next five years, our nation must come up with $250 billion just to pay for our current defense strategy and our current programs of record,” he continued. “$250 billion just to do what we are planning to do right now, which I think many of us would agree is insufficient to meet our present, let alone our future, challenges.” 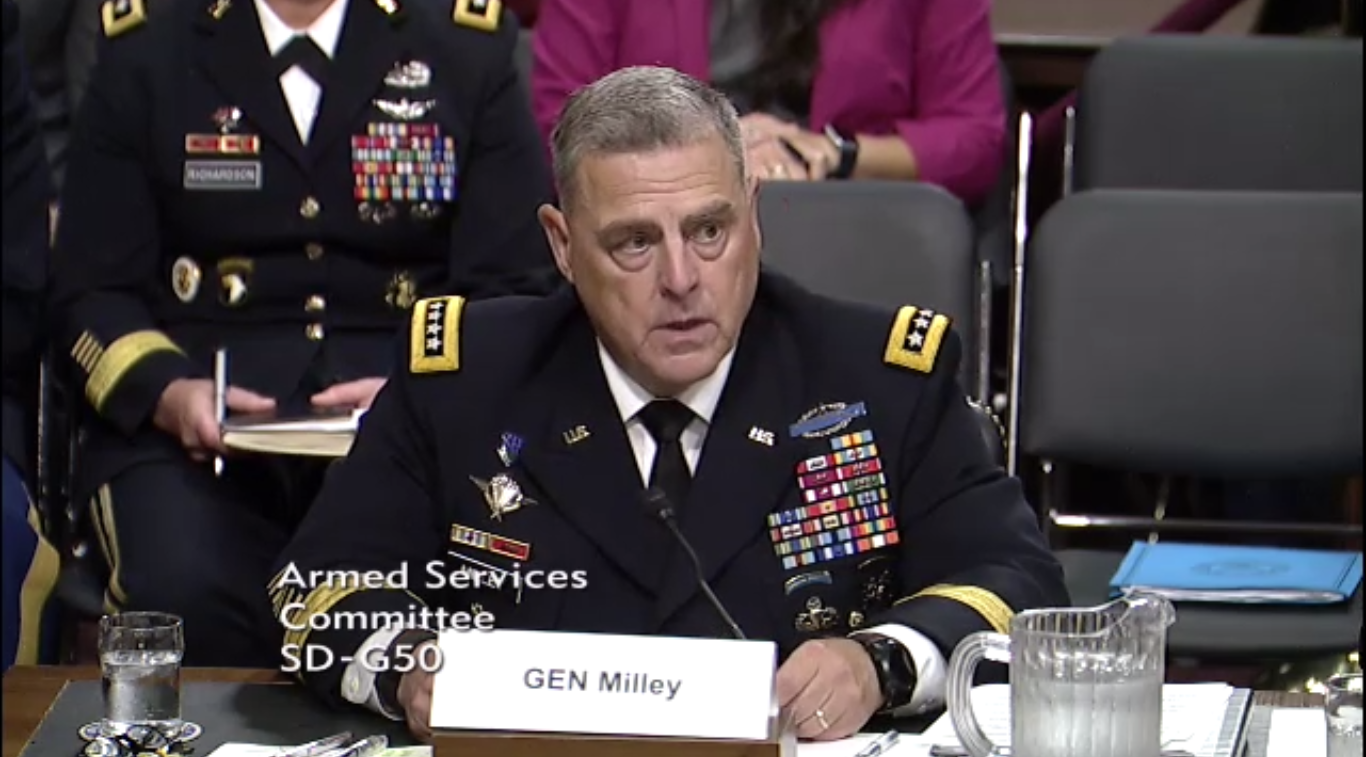 “In the current global environment, the Army will continue to meet the demands of the fight against radical terrorism and the predictable demands of our geographic combatant commanders,” Milley continued. “Absent additional legislation, the sequestration caps set by the Budget Control Act of 2011 will return in FY18, forcing the Army to draw down endstrength even further, reduce funding for readiness, and increase the risk of sending under-trained and poorly equipped Soldiers into harm’s way.” 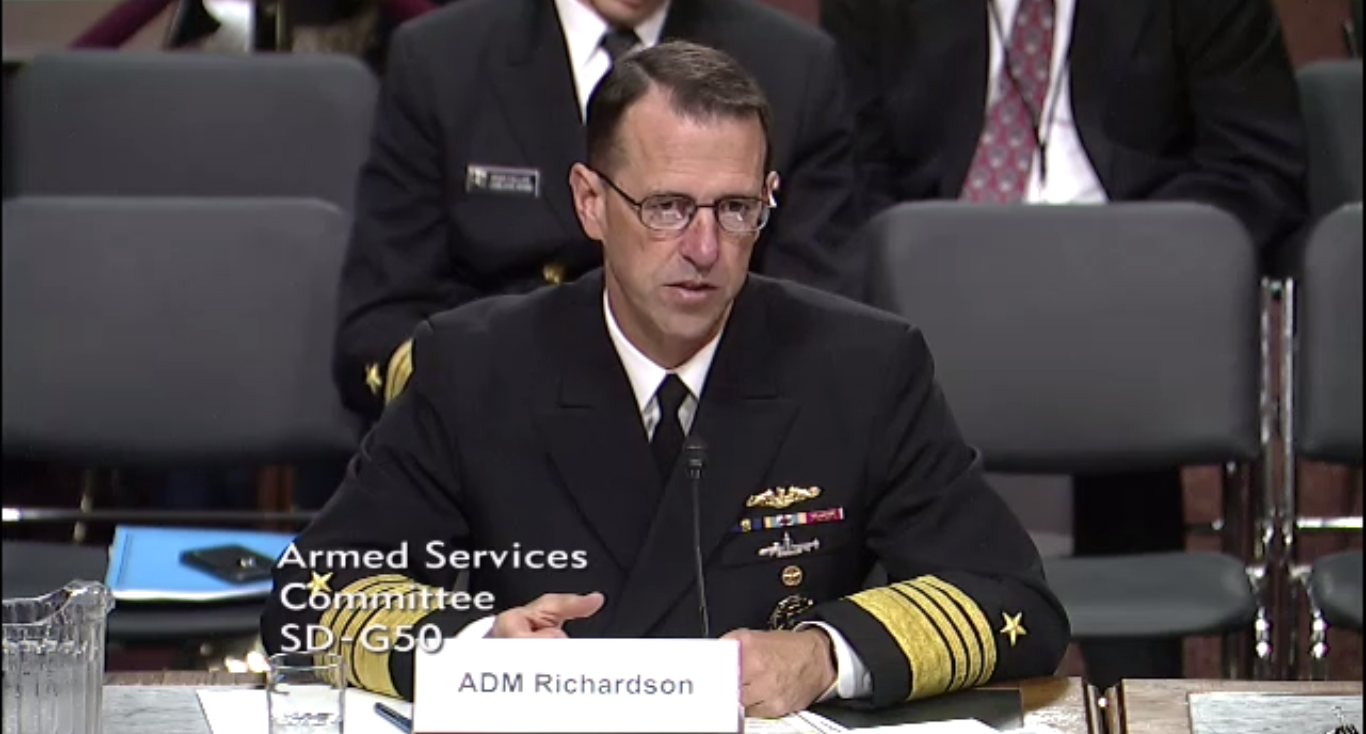 “Our people are also feeling the strain,” Admiral Richardson said.  “While we continue to meet both our recruiting and retention goals in the aggregate, these numbers mask lower retention for certain heavily stressed specialties like SEALs.” 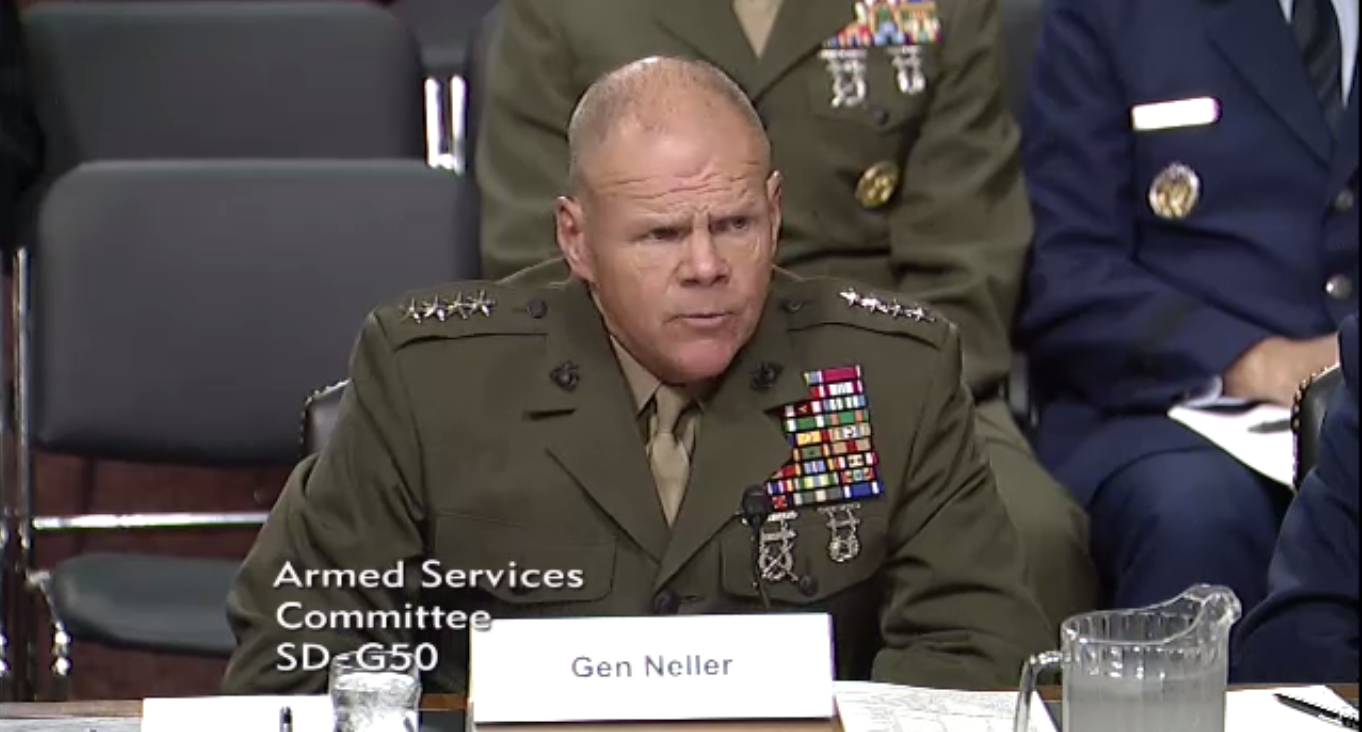 “The Marine Corps is now on its way down to 182,000 Marines by the end of fiscal year 2017. Although our recruiting force continues to meet our recruiting goals, we are challenged to retain 8 certain occupational fields like infantry and aviation.”  General Neller testified.

Neller continued, “Threats to our Nation remain constant. The Services have become all too accustomed to Continuing Resolutions (CR). A short-term CR of three months or less is undesirable but manageable, but a longer duration CR dramatically increases risk to an already strained fiscal environment and disrupts predictability and our ability to properly plan and execute a budget and a 5-year program. ” 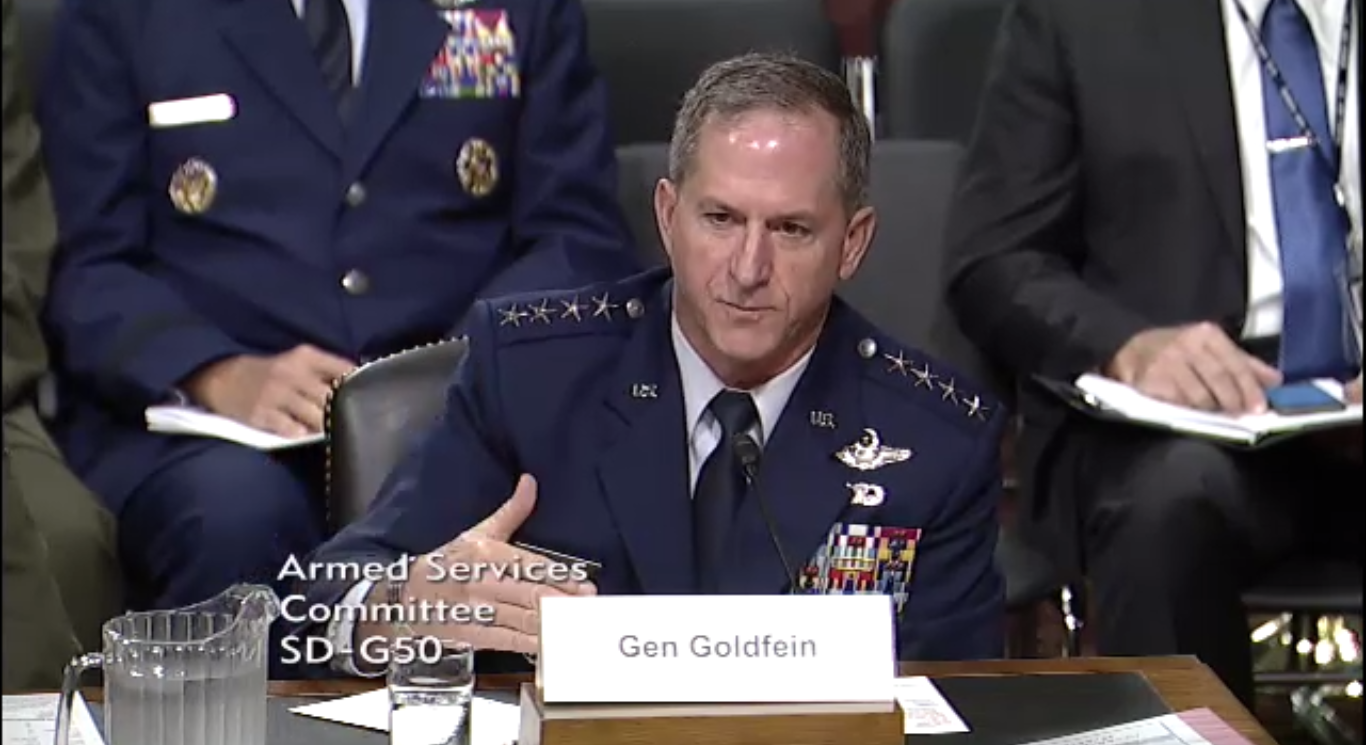 Senator Lindsey Graham took to the mic and asked each branch leader if they had spoken to the Commander-in-Chief personally about the state of the military under sequestration. After they all replied that they had not Graham suggested, “go tell the President what you’re telling us.” 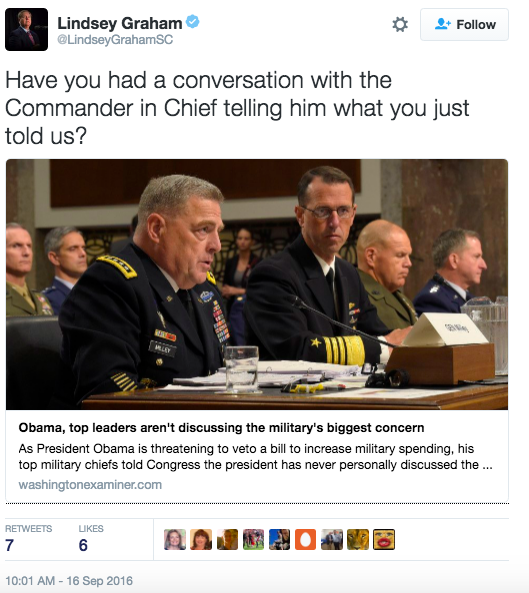 “I can’t believe the Commander-in-Chief is sitting on the sidelines and watch this happen,” Graham said.