Highly respected WWII Veteran Ernest Thompson was a regular visitor to the USS Iowa Museum. Having been influential in bringing the ship to the Port of Los Angeles, Thompson would often share wartime stories with crewmen and visitors.

Health problems unfortunately caused Thompson to miss his regular visit to the ship in 2016. When word got around to the Chief Army Selects that one of their own was unable to stop by, they decided to visit him at his home in Gardena, Calif. instead.

Check out the touching moment in the video below:

Thompson’s grandson, Jonathan Williams, who also happens to be the USS Iowa Museum’s CEO, offered some backstory about his beloved grandfather:

“My grandfather served on the USS Tennessee prior to WWII and the USS Missouri during WWII, ultimately witnessing the end of WWII,” Williams explains. “He has become one of my best friends and is the reason that I became involved in saving the USS Iowa from scrap.”

“When he lost my grandmother, the one thing he wanted to do was visit his ship (USS Missouri) again. We visited his ship together in 2000 and I was able to experience what these museum ships meant to veterans. I witnessed an 82 year old man become 18 again and a flood of emotions that affected all that were present tremendously.” 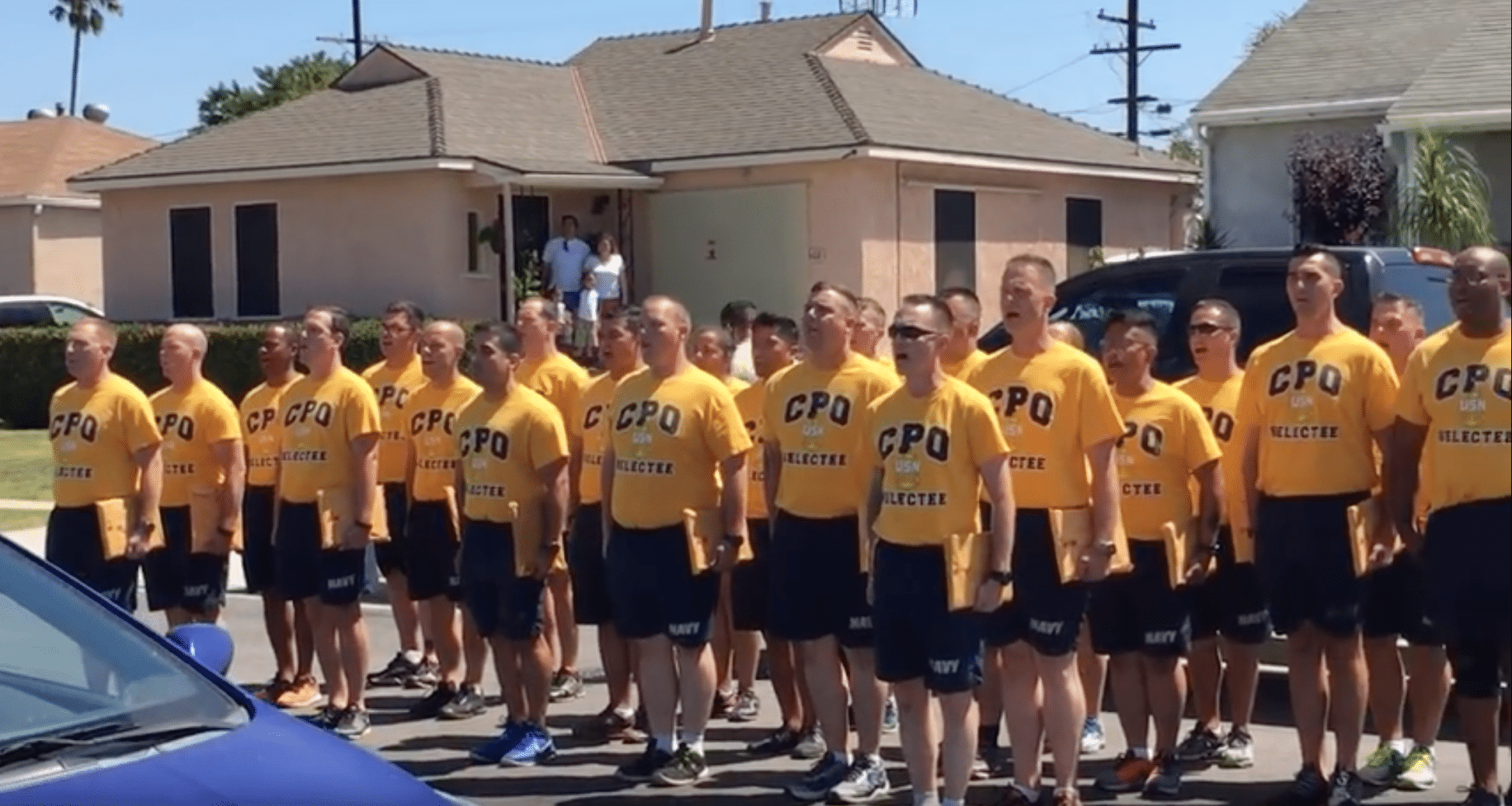 “I was blessed to find out that the USS Iowa (sister to the Missouri) needed to be saved and I decided to partner with amazing people and make it my life’s work to preserve Iowa for other veterans,” Williams says. “We accomplished this and today I am blessed to serve as the CEO of the Battleship Iowa Museum in Los Angeles – 15 minutes from my grandfather’s home.”

“We honor all veterans daily by announcing them on board when they visit with their families. The emotional experience this provides them is the same one I felt 16 years ago. My grandfather joined the Iowa Museum Crew with other WWII veterans to come to the ship on Sundays and meet the public and tell their story.” 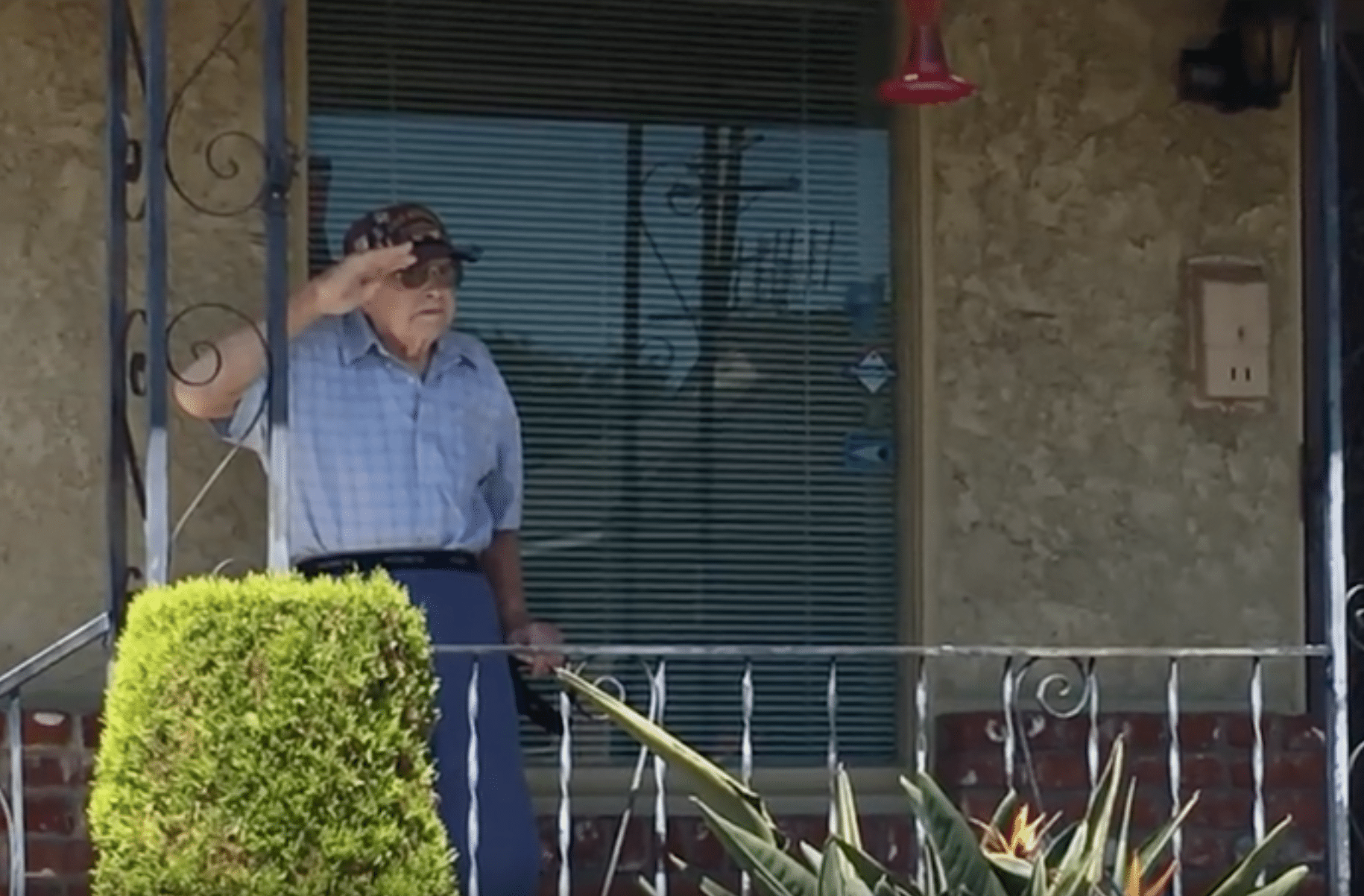 The video features Iowa Museum Crew surprising Williams at his home with chants and songs. Surrounding neighbors even came out to enjoy the scene. Afterward, each member of the crew came up to Williams to personally thank him for serving.

“My grandfather told me that it was one of the best days of his life!” Williams said.