“Donald Trump… He cannot be trusted. There’s a guy that follows me, has the nuclear codes. So, God forbid anything happen to the president and I had to make a decision the codes are with me… He is not qualified,” Biden said at the rally. 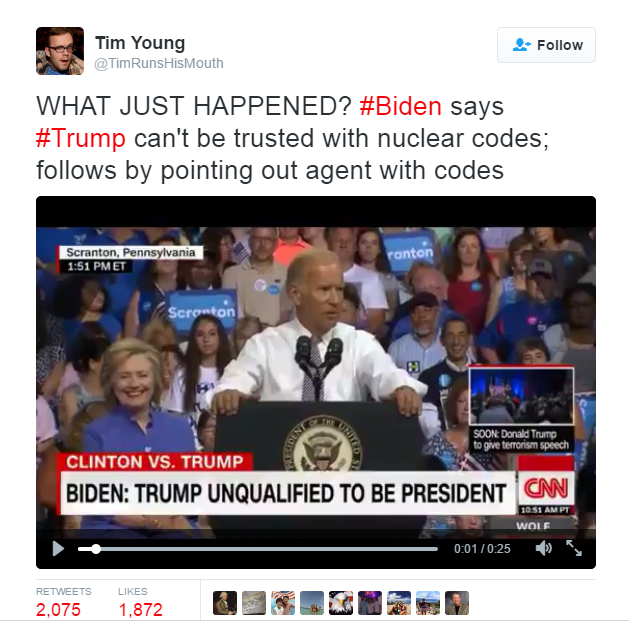 Biden then added that Trump’s campaign has endangered the lives of American troops overseas.

“If my son were still in Iraq and I say to all those who were there, the threat to their life has gone up a couple clicks,” Biden said.