Getting the chance to see the awesome firepower of America’s military is a sight to behold, but getting to see a compilation of all the best military action set to some rock music cranks things up to 11.

An incredible compilation video shows military explosions and war machines in action. The background music for the video is Doc Holliday by Volbeat and only adds to the awesomeness.

The first few clips from the video appear to show a number of rockets and missiles destroying their targets in an amazing array of dirt, dust, and fire. A slow-motion replay reveals multiple rockets striking their targets perfectly as they ignite in a fireball and destroy an enemy compound.

Another clip appears to show the destructive capabilities of a 30mm cannon attached to an Apache helicopter. Using an infrared camera to seek out his targets, the pilot of the chopper engages four unsuspecting combatants. In a flurry of gunfire, the enemy targets are flattened to the ground. The pilot even fires an extra few rounds for good measure. 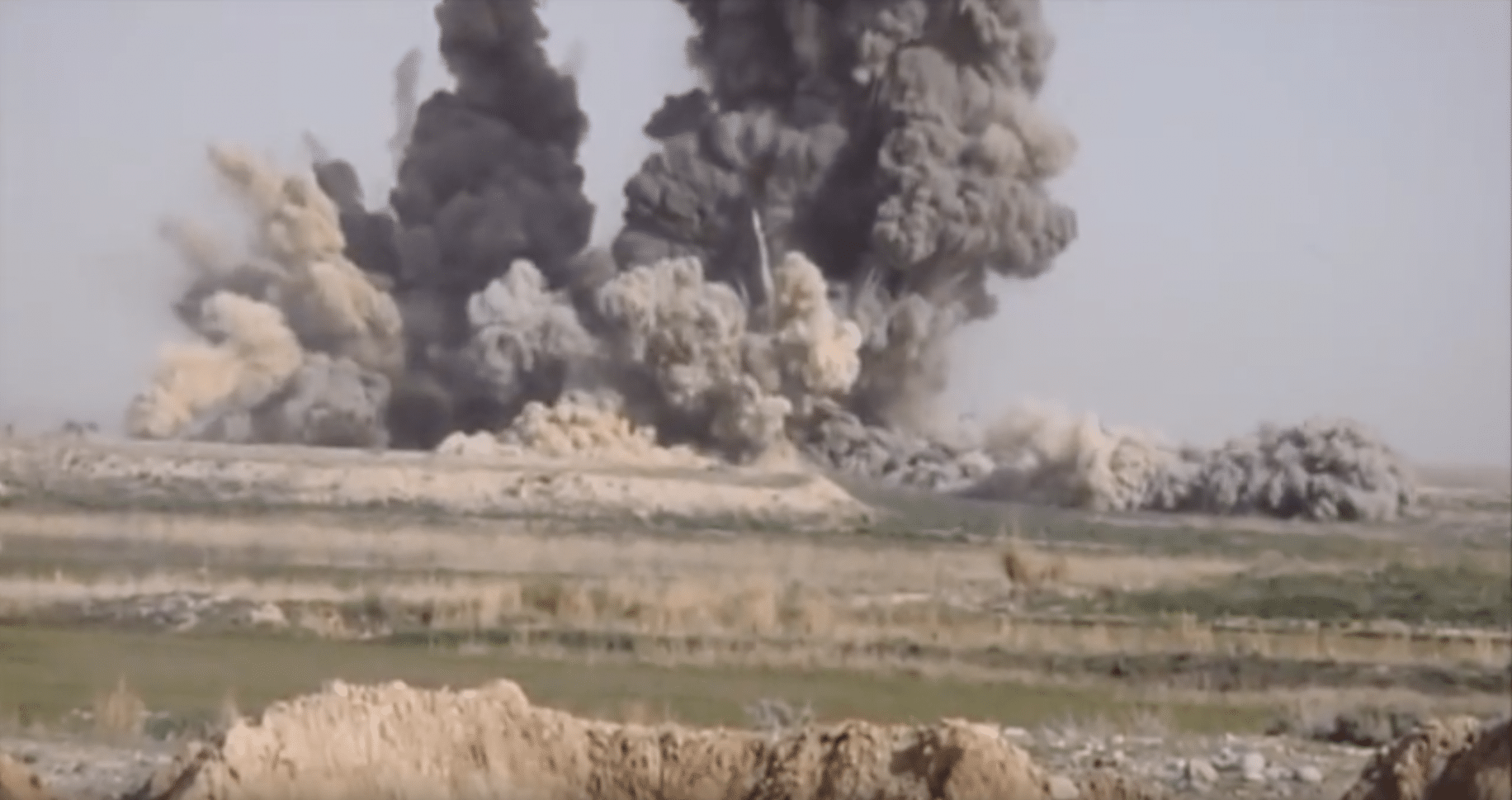 In one particularly impressive slow-motion clip, a massive missile can be seen cutting through a thick cement wall like a hot knife through butter. The missile comes out of the other end nearly unscathed before completing its final assignment: igniting in a blinding explosion that consumes the entire area. The cement wall is reduced to rubble. 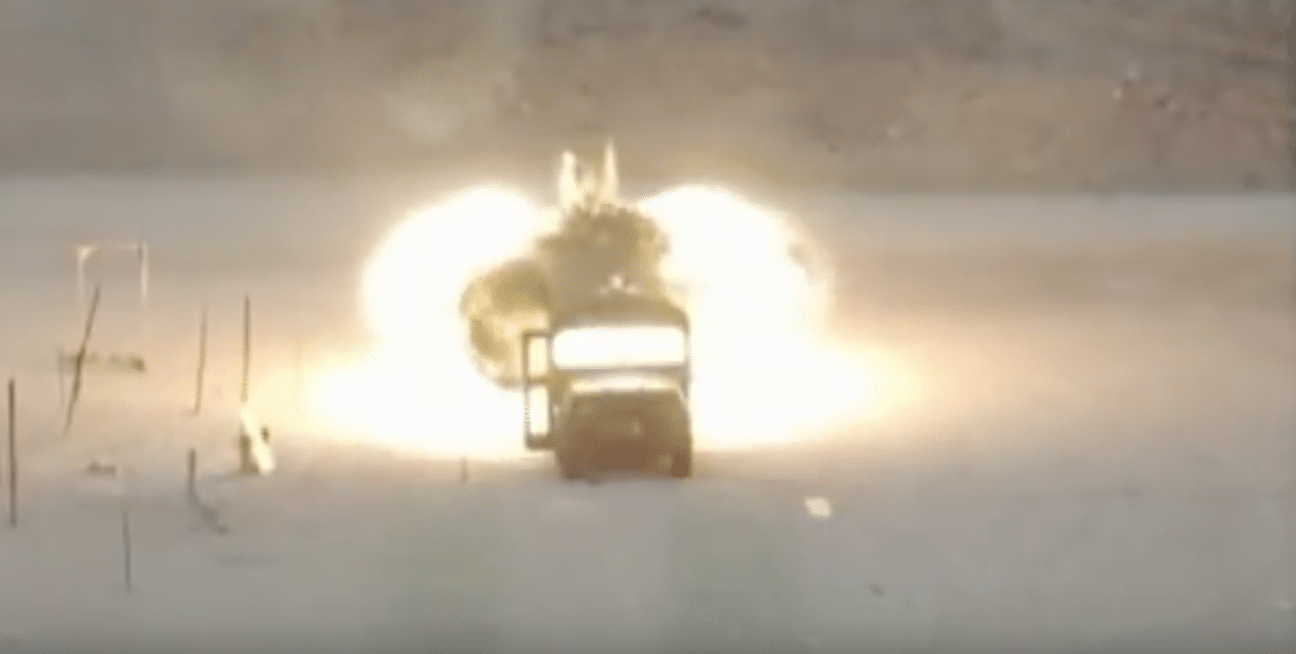 While seeing makeshift targets and raw earth get blown sky high is great, there is something particularly fascinating about watching a real-world target get annihilated. In one clip that looks to be a test or training exercise, the target, a military tank, is blown to bits by a relatively small and unassuming looking missile that lands just above it. 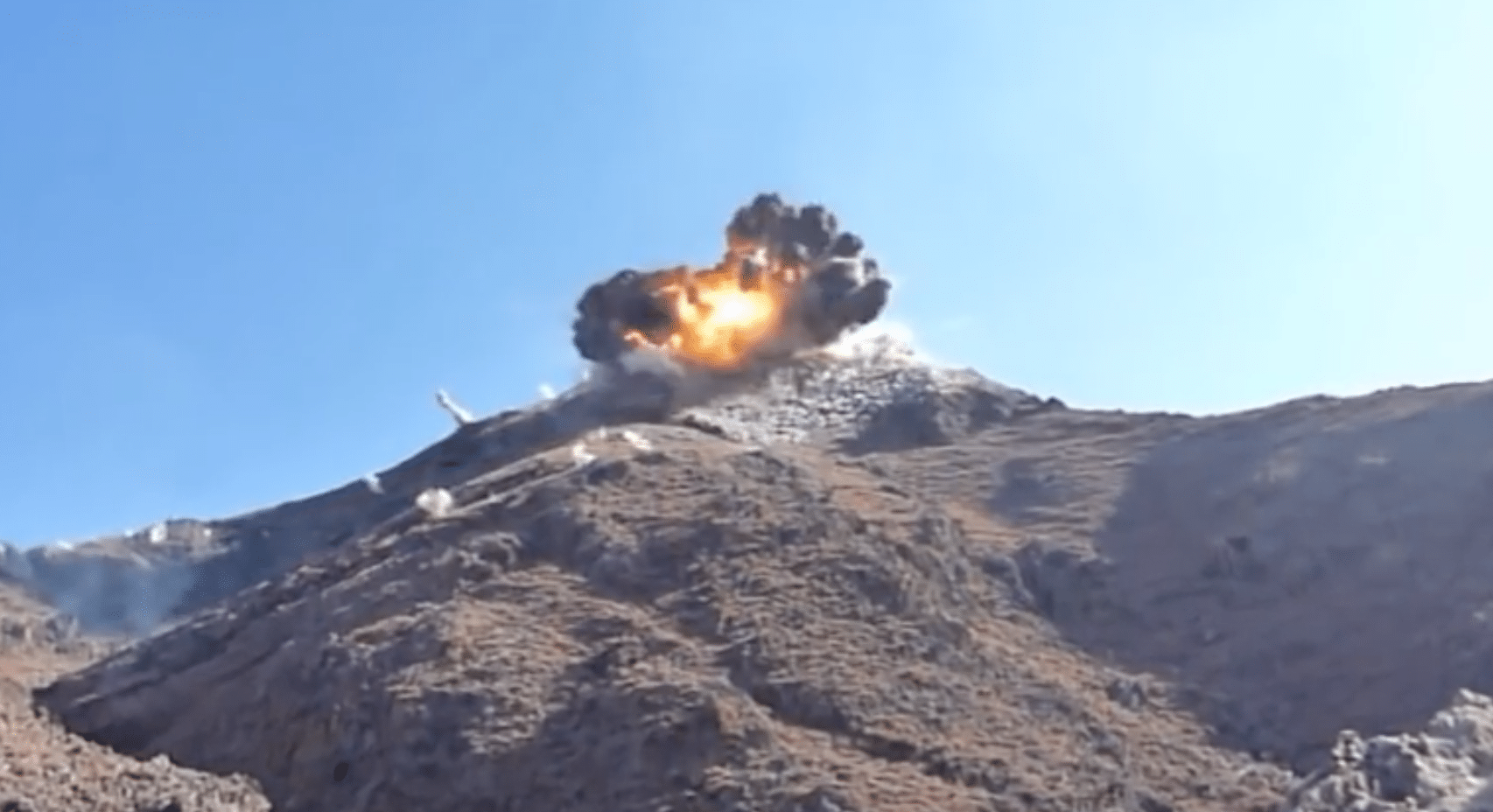 The most awe-inspiring clip from the video can be best described as an explosion-turned-tidal wave. From what appears to be miles away, the camera focuses in on a warship in the ocean. Moments later, a massive explosion causes a huge wall of water to seemingly engulf the boat in a matter of seconds. The endless spray of seawater looks like a monster out of a storybook as it consumes the ship with nothing standing in its way.