The deadline for the VA and Secretary Bob McDonald to respond to Rep. Jeff Miller’s questions about the art overspending has come and gone with few answers.  Earlier this month Rep. Miller, chairman of the House Veterans Affairs Committee, penned a letter to Secretary of Veterans Affairs, Bob McDonald, threatening to subpoena the Department if they refused to hand over a full report on the art expenditures for the nation’s VA facilities by Friday August 26, 2016.

American Military News reached out to the House Committee on Veterans’ Affairs to find out if the VA made the deadline or ignored it like they had when Rep. Miller first requested the information back in October 2015.  A committee spokesman was able to answer our questions. 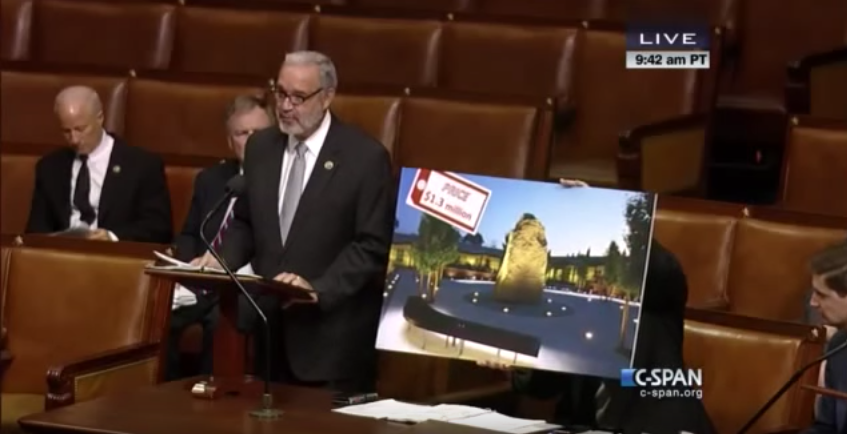 According to the spokesman, the VA has responded to Chairman Miller’s letter (an improvement from October) but has not provided the requested information.  They confirmed that neither the data on VA art expenditures since 2010 nationwide nor un-redacted copies of all evidence and documentation related to the Aurora construction project has been shared.

However, the spokesman confirmed that while they have not yet turned over the requested information, the VA told the Committee on August 22 (just four days before the deadline) that they expect to provide detailed data on the art expenditures “in the coming weeks”.  The spokesman also reiterated that if the VA does not hold to their word and nothing comes in the next few weeks that “the Committee will not hesitate to pursue a subpoena.”

Though Secretary McDonald has not spoken publicly on the matter, he has been making appearances at VA facilities across the nation, including one in Milwaukee, Wisconsin last week where he neglected to mention the art spending problems but took the time to chastise the House of Representatives for slicing $1.5 billion dollars off the VA budget proposed by President Obama for next year.  According to The White House, the budget is “providing $75 billion in discretionary funding for the VA, an increase of $3.6 billion over the 2016 enacted level.” 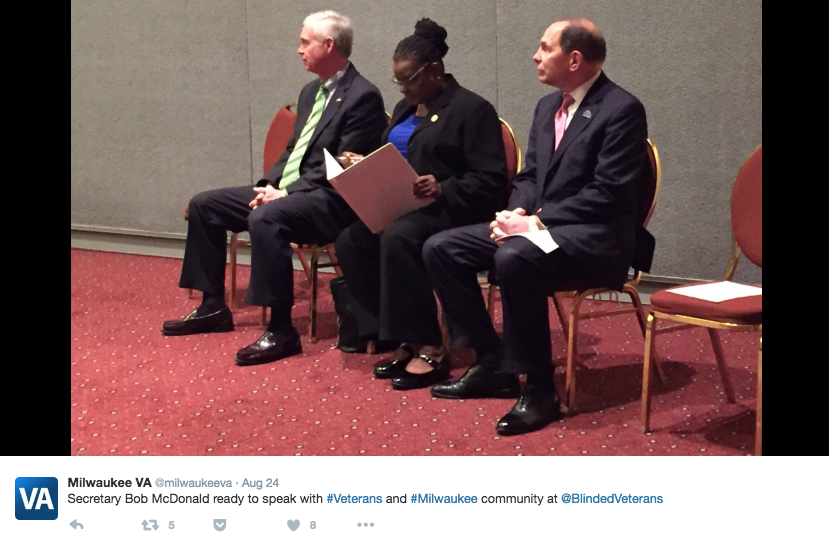 According to WPR, Secretary McDonald said that cutting the budget would hamper the agency “if we’d like to do new research, if we have an influx of veterans into our programs and we want to do more things.”  However, critics of the management of the VA have noted that throwing more money at the agency won’t fix the overspending and the extreme neglect of sick Veterans it promises to serve.

According the Military Times, Republican House Majority Leader Kevin McCarthy from California defended the budget cut back in May stating that the VA “continues to be led incompetently as problems with wait times, the disability claims backlog, and a lack of basic services let our veterans down.”  He continued by saying that this legislation “includes reforms that House Republicans have long called for, such as a provision to stop bonuses to VA employees who don’t do their jobs and increased resources to tackle the disability claims backlog.”

Secretary McDonald’s silence on the ridiculous amount of money spent on art at the VA while Veterans are put on wait lists to die continues to be troublesome.   While a response to the letter is an improvement, full documentation of art purchases is owed to our nation’s vets and the American people sooner than later “in the coming weeks”.