A handful of the emails from Hillary’s private email server that she setup in violation of multiple protocols and was most likely hacked, contain discussions about a nuclear scientist from Iran that Iranian officials confirmed over the weekend has been executed.  On Sunday, Iran officially admitted to secretly detaining, trying, and ultimately hanging Shahram Amiri who mysteriously went missing soon after returning to his home country after defecting to the U.S.

Gholamhosein Mohseni Ejehi, an Iranian judiciary spokesman, came out to justify the execution stating that Amiri “had access to the country’s secret and classified information” and that he “had been linked to our hostile and No. 1 enemy, America, the Great Satan.”

Amiri initially went missing in 2009 after a pilgrimage to Mecca, but a video from June 2010 surfaced of him reportedly speaking out from the United States saying that he had been kidnapped by American and Saudi agents and was being held in Tucson, Arizona.  While that video was shaky and grainy, a second video was released a short time later appeared to be professionally done.  The well shot video showed Amiri set up near a chess set, expressing great interest in earning a doctorate in the States before returning to Iran if an “opportunity of safe travel” arose. 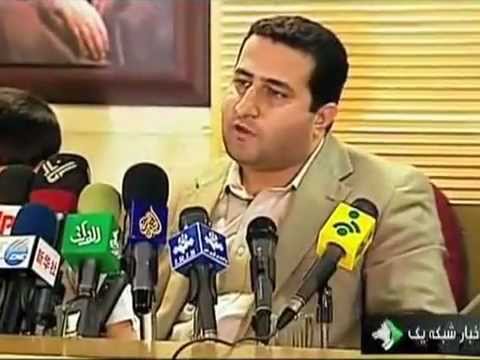 Emails released from Hillary Clinton’s controversial server show that while she was the Secretary of State, she and her aids had discussed matters pertaining to Amiri.  In the emails top advisors such as Jake Sullivan refer to Amiri as “our friend” who was looking to return back to Iran “has to be given a way out”.

An email sent by Richard Morningstar, a former State Department special envoy for Eurasian energy, stated “we have a diplomatic, ‘psychological’ issue, not a legal one. Our friend has to be given a way out.”  Morningstar continued that “our person won’t be able to do anything anyway. If he has to leave, so be it.”

The emails were sent during July of 2010 in which Amiri had gone to the Iranian interests department at the Pakistani Embassy and demanded that he be sent home.  Though the information of his demands became widely known, the discussions in the emails took place hours before the news officially broke.

Amiri was eventually able to make it home from his short stint in “the Great Satan” land and while he was greeted in Iran with a tremendously warm welcome full of flowers and cheers, he was arrested for treason a short time later.  Iran accused Amiri of feeding information about his country’s nuclear program to the CIA and other Government agencies.

U.S. officials during that time told the AP that Amiri was offered $5 million to share critical information about Iran’s nuclear program with the CIA.  Though the offer was there, officials said he left the country without the money and had come to the U.S. by choice.

On Sunday, Arkansas Senator Tom Cotton took to CBS News’ Face the Nation and expressed great concern about the information found in the emails.

Sen. Cotton said that “in the emails that were on Hillary Clinton’s private server there were conversations among her senior advisors about this gentleman. That goes to show just how reckless and careless her decisions was to put that kind of highly classified information on a private server.” Cotton continued by questioning her potential future as POTUS, stating that he thinks “her judgment is not suited to keep this country safe.”

BBC Farsi quoted Amiri’s mother who said his body was returned to the family with marks on his neck that were consistent with those you would see from a hanging.