Around 3:45 pm on Thursday, members of the Ontario Provincial Police Underwater Search and Rescue Unit found a body near the water treatment facility on the eastern shore of Owen Sound Harbour. 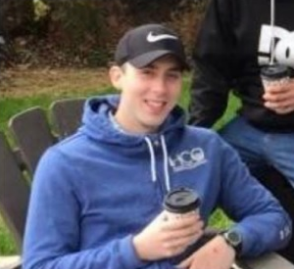 Fitzgerald was scheduled to fly to Gagetown, N.B., that Saturday to join a regular force infantry unit, but after a night out celebrating with friends, he disappeared. He was last seen at a gas station in Owen Sound around 4:30 a.m, surveillance footage from the gas station revealed. 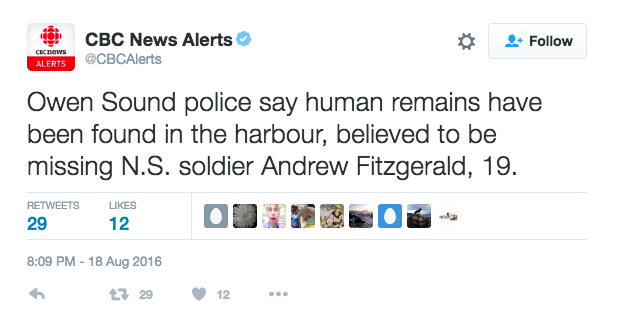 The City of Owen Sound put out a statement:

Mayor Boddy says, “Our thoughts and prayers are with Private Fitzgerald’s family and friends. At a time they should be celebrating his graduation, they are now enduring agony. Our community offers our support at this tragic time.”

“I extend my sincere appreciation to the Owen Sound Police Service, our inter-township Fire Department, the Ontario Provincial Police, and the Canadian Armed Forces.”

This Is What's Going On With U.S. Possibly Moving Nukes From Turkey, Closer To Russia