While at a Hillary Clinton rally in Annandale, Virginia, Campus Reform contributor, Cabot Phillips interviewed several of the people in attendance at the rally to see what their stance is on the Second Amendment and if they believe that it should be repealed.

“Oh yeah, definitely, I really think that we really need to start viewing human rights as more important than gun rights,” one girl in attendance said when asked if it was a good idea to repeal the Second Amendment.

“Yeah, totally; I mean it’s kind of ridiculous to me that, yeah, the Constitution is great and everything, but you have to remember that people made these, humans make mistakes and it was written hundreds of years ago,” one of the millennials in attendance responded.

“I’m from a relatively wealthy area, I don’t think there’s a reason anyone would need a gun in that area,” another supporter said. 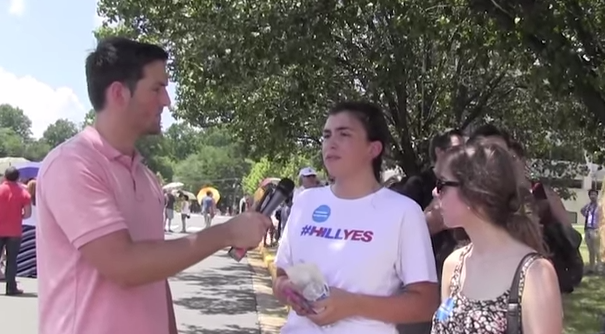