(Video) What it’s like to date a combat veteran

With over 45 million views on YouTube, “A Combat Veteran” knows all about portraying veteran life in an entertaining way.

In his video, “Dating a Combat Veteran,” viewers are treated to a glimpse what a relationship is like with a combat veteran.

The video outlines four golden rules to follow in order to make the relationship successful — or, depending on how you look at it, four warnings of things you will have to learn to adjust to.

Or, completely run away from.

Some combat vets seem invincible — or at least they think they are. This combat vet thinks he doesn’t have to wear a seatbelt since he has never needed one in the past. The girlfriend is mortified.

Golden rule or warning #1 is Controlling the situation.

This rule is demonstrated in the video when the girlfriend turns on a song she likes, and just as she starts to get into it, the combat vet boyfriend changes the channel to a song he likes — after all, he is the driver! 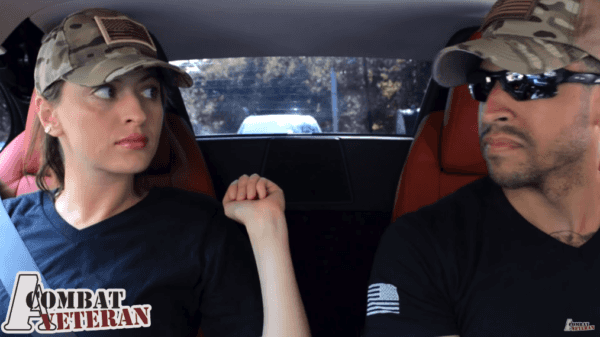 This rule comes into play when the girlfriend takes the wheel but refuses to take a certain parking spot that he wants because she doesn’t like to parallel park. He gets out and tells her to follow his signals, which goes awash since she can’t read his hand signals, maybe because she has never been to combat.

Golden rule or warning #3 is Always be prepared.

The couple walk hand in hand into a diner for a bite to eat, but after the combat vet boyfriend eyes up the menu, he closes it and busts out a military-issued ready to eat meal. At least he offered to share. 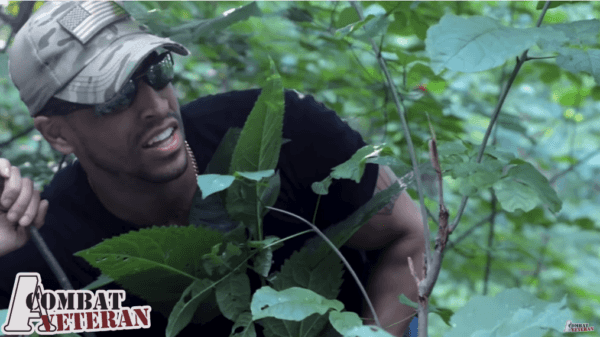 This girlfriend looked at the signs as true warnings and bolted, but it didn’t take long for the combat vet boyfriend to seek her out; after all, he is trained in that field.

She can’t ditch him, no matter how hard she tries or how fast she runs. He catches up, even after she sticks her middle finger up high.

He then serenades her, lip syncing Backstreet Boys, “I want you back.”

Does it work? Watch the video below:

How soon he forgets his apologies and back in the car he reverts back to singing her a song.

But, this time instead of getting heated, she sings it right back to him.

In the end, he announces he is a combat veteran and says, “We don’t die, we multiply!”

Watch This Amazing Story Of An Orphan Turned Outstanding Airman