This massive RC scale model of the popular A400M Military Transport Aircraft is so realistic that it not only looks the part, but it plays the part as well. This mini A400M takes to the skies and not only flies, but also drop several “paratroopers” from its loading dock mid-flight.

Military enthusiasts and RC model enthusiasts alike should appreciate this. Not a single detail was overlooked, from the turboprops to the real working air-stairs. Wait until you see this amazing RC recreation in action! 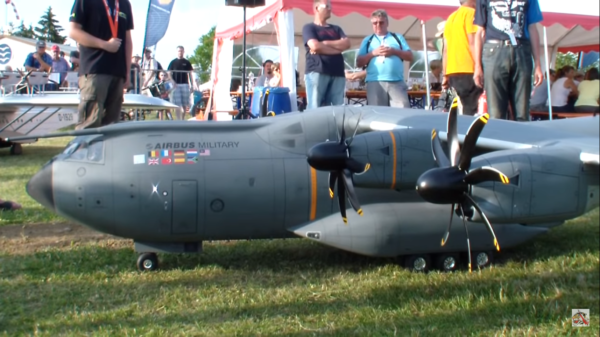 Only the best of the best remote-control airplanes have been chosen to fly as part of the Airlinertraffen festival in Oppingen, Germany every two years since 2011. Over time, remote controlled airplanes have made some remarkable advancements but only the finest are allowed to take to the skies for this event.

It was back in 2015 when Hannes Heppe unleashed his hand-made Airbus A400M replica into the sky at the festival. Those in attendance were awed when the parachutes fell from the aircraft.

The replica of the Airbus A400 Atlas donned a 12-foot wingspan, required four 6000mAh six-cell battery packs, was able to fly for seven minutes and weighed in at 83 pounds.

The earlier versions of these aircraft were bulky and lacked precision. Through the years, the sophistication of the remote-controlled airplanes has played a great role in today’s versions and even drones. They are popular even outside the military interest. Civilians have taken a liking too, as seen in the video.

The true version of this aircraft has a wingspan of 139 feet and is 148 feet in length. The Airbus A400 Atlas is a large tactical air-lifter that can handle medical evacuation and is capable of holding 81,600 lbs, including 116 fully equipped troops, 66 stretchers, and 25 medics. It is also able to refuel itself from an aerial position carrying up to 111,000 lbs. of internal fuel, according to War History Online. 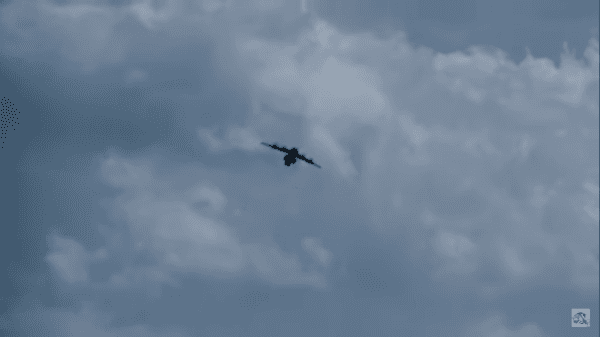 The Airbus A400M was constructed through efforts of a number of different countries and is considered to be a multi-international plane. The very first operational flight was conducted by the French Air Force in Dec. 2013.

This aircraft has been around for a long time but has certainly made great strides and continues to be a show stopper at shows like the Airlinertraffen festival.

Mind-Controlled Drones Are Coming Right Up