First-person video of soldiers in action offers some of the most intense visuals imaginable. For civilians, getting a chance to see what the brave men and women who protect America’s freedoms encounter day in and day out is a priceless opportunity.

A video clip released in 2013 as part of an upcoming film on the war in Afghanistan documents a frightening situation in which an Explosive Ordinance Disposal (EOD) unit is ambushed by the Taliban. The clip includes the sounds of bullets whizzing by, with the soldier narrowly avoiding getting hit. 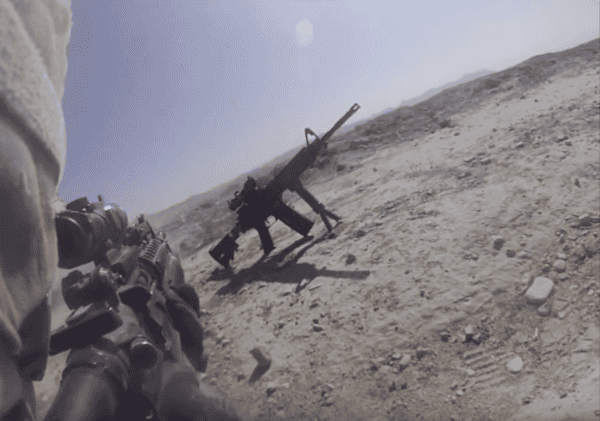 The video starts with the EOD unit on a dirt road in Kandahar, Afghanistan. EOD units are tasked with the harrowing job of disabling or dismantling any and all kinds of explosive devices, from IEDs to chemical, biological and nuclear weapons.

Amid an eerie silence, the first shots from the Taliban can be heard echoing in the distance. As more shots ring out, the solider with the attached video camera knows the situation has turned deadly.

Immediately, the soldier turns toward the sound of gunfire, drops to the ground and prepares his weapon. In the middle of the dirt road with seemingly no cover, the soldier is completely exposed.

Hundreds of shot ring out, and 37 seconds into the video, a bullet can clearly be heard buzzing by the soldier just inches away. 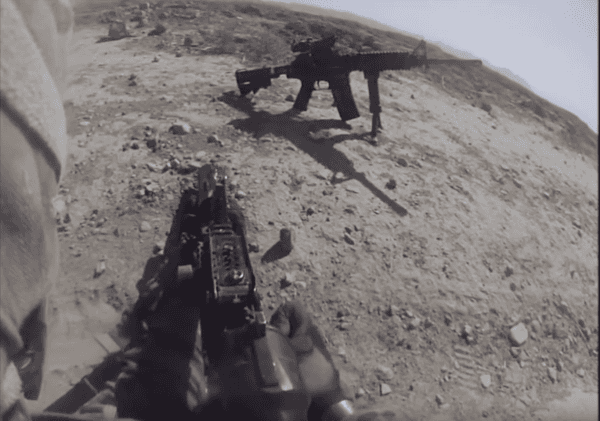 The soldier and his partner, the only other individual seen in the video, prepare to return fire. After firing two rounds from an assault rifle, the man loads a grenade into the underside of the gun as he prepares to fire once more.

“Where is it coming from?” he shouts to the other soldier behind him, who is now flat on the ground and crawling toward him. 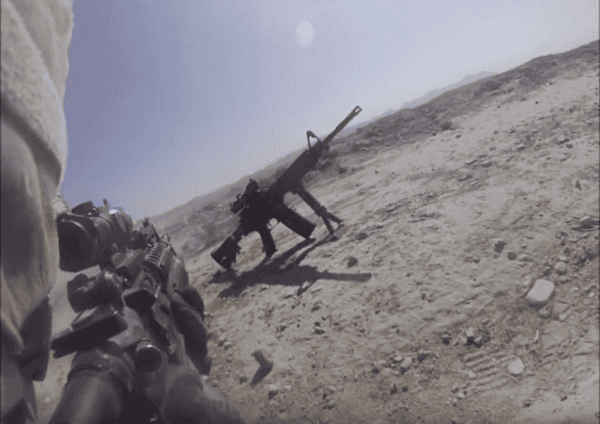 For the duration of the minute-long clip, hundreds of rounds can be heard firing from the distance. The shots seem to be coming from every direction with no clear targets in sight. The video cuts off suddenly before the soldiers engage further.

While the clip is short, it offers a first-hand look at the kinds of peril soldiers may face in a war zone. At any moment, from anywhere, a unit can become the target of an ambush with no obvious way to immediately return fire. However, years of unparalleled training and experience by the men and women in uniform allow them to be prepared for any situation.