The Boeing F/A-18E Super Hornet and related twin-seat F/A-18F are twin-engine carrier-capable multirole fighter aircraft variants based on the McDonnell Douglas F/A-18 Hornet. The F/A-18E single-seat and F/A-18F tandem-seat variants are larger and more advanced derivatives of the F/A-18C and D Hornet.

Once updated, the F/A-18E Super Hornet’s airframe had increased by 20 percent compared to the F-18C/D, and was 7,000 pounds heavier empty and 15,000 pounds heavier maximum weight. In addition, it carries 33 percent more internal fuel, increasing mission range by 41 percent and endurance by 50 percent over the earlier Hornet,” according to Military.com. 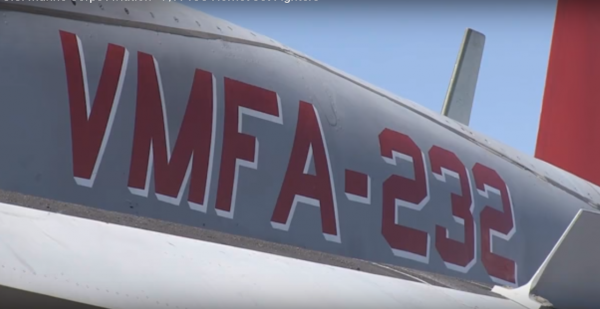 Its first operation was on the USS Abraham Lincoln on July 24, 2002 and it went into combat for the first time months later in Iraq on Nov. 6, 2002.

The F/A in the Hornet stands for its design to be both a fighter and an attack aircraft. The first F/A-18 was used by the Marine Corps, who favored it for being accurate, reliable, and requiring less maintenance than its counterparts. The F/A-18 Hornet was the first tactical aircraft designed to carry out both air-to-air and air-to-ground missions. It is nicknamed the Green Hornet.

This 60 frames per second video is amazingly clear. Take a look a the footage for yourself:

This video, filmed in 2013, shows the United States Marine Corps pilots and crew members with the Marine Fighter Attack Squadron 232 (VMFA-232). They were conducting pre-flight checks on their F/A-18C Hornet fighter jets before taxiing to the runway for takeoff at Tyndall Air Force Base during a deployment for training (DFT). 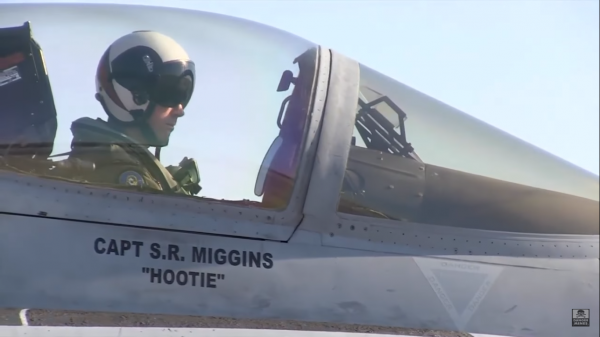 The Super Hornet is made in the single-seat E model and the two-seat F model. The F/A-18E/F is 25 percent larger than the original Hornet and has increased maneuverability, range, and payload, and more powerful engines, according to Boeing.

The jet is even more environmentally friendly than some counterparts. In April 2010, the first Boeing F/A-18F Super Hornet took its flight by the power of “a sustainable biofuel blend of 50 percent camelina and 50 percent JP-5 aviation fuel,” Boeing noted.

The F/A Super Hornet has won seven consecutive awards for environmental excellence from the U.S. Navy.