Just before America celebrated its 240th Independence Day holiday, a U.S. Army veteran fired 150 shots from his .22 caliber rifle in order to rescue a bald eagle trapped in a tree.

Jason Galvin, a U.S. Army veteran that did two tours in Afghanistan, noticed a bald eagle trapped by a rope, dangling 75 feet off the ground above a gravel road, roughly a mile away from his family’s cabin, Kare 11 reported. 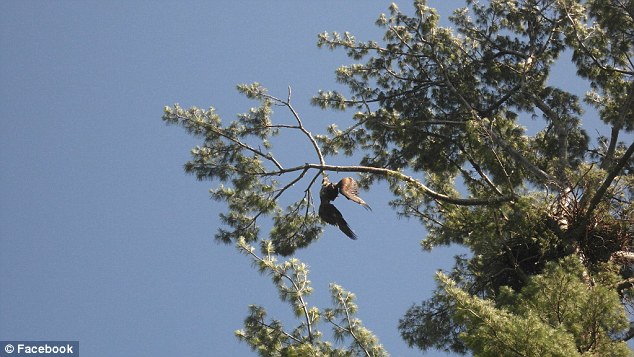 Galvin, who had been on a bait run at the time, estimated that the bald eagle had been stuck up there for two days.

Neighbors called the Minnesota Department of Natural Resources and the Rush City police and fire departments, but were told that because the bird’s height in the tree, it could not be saved.

Galvin joked to his wife that he may have to shoot the bird down from the tree. His wife, Jackie responded by telling him, “Yup, that’s what you’re going to do.”

Galvin got clearance from Phil Mohs, a conservation officer with the Minnesota Department of Natural Resources to shoot the bird down out of the tree.

After concluding that the bald eagle would die if nothing was done, Galvin then spent the next 90 minutes firing 150 shots from his .22 caliber rifle to meticulously take out the tree branches and the rope.

After severing the rope, the bird safely fell to the ground due to the underbrush breaking its fall. Mohs then placed it into a kennel and took it to the University of Minnesota Raptor Center, which is a rehabilitation center that specializes in bald eagles and other large birds. 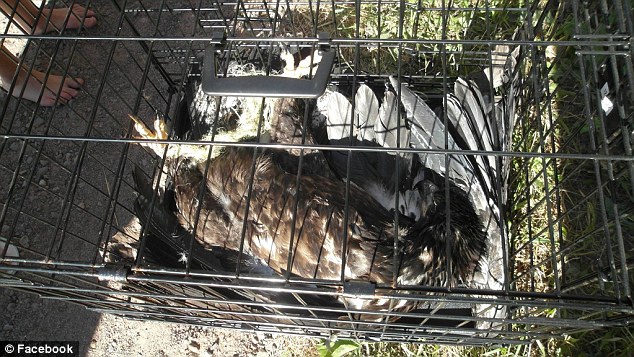 “It rode in the front seat with me and the whole time his head was up and he was alert.  It looked good considering it had been hanging there for two days,” Mohs said.

A veterinarian for the rehabilitation center said on Friday evening that the eagle was eating and drinking and its long term prognosis was being assessed.

Galvin and the neighbors who helped rescue the bald eagle named the bird “Freedom,” in hopes that the bird will be released where the bird was rescued.

“There was a lot of tears,” Galvin said. “When it finally came down, it was breathtaking.  It was a beautiful moment.”