Watch this crazy 1955 US Navy film for Iowa-class battleships

The United States has been at the forefront of military technology for as long as this great nation has existed.  While the weapons and equipment of today are capable of unimaginable destruction, it is easy to forget that the brave men and women of the past also had an impressive array of armaments at their disposal.

A 1955 Navy posted to YouTube takes viewers on a historic look back at the Iowa-class of battleships during the 1950s. The clip appears to be an instructional training video that explains the process of managing and firing the massive three-gun turret aboard the ship.

Check out the video clip below:

“It takes 79 men to operate this turret and its three guns,” the video’s narrator explains. “Incidentally, it is a three-gun turret, not a triple gun turret. That means each gun can elevate and fire independently of the others,” the man says.

The huge weapon is the main armament of the Iowa-class ships. The battleship packs three of these triple-gun setups, each with 16-inch barrels, for a total of nine guns. The combined rate of fire is more than 18 rounds per minute. 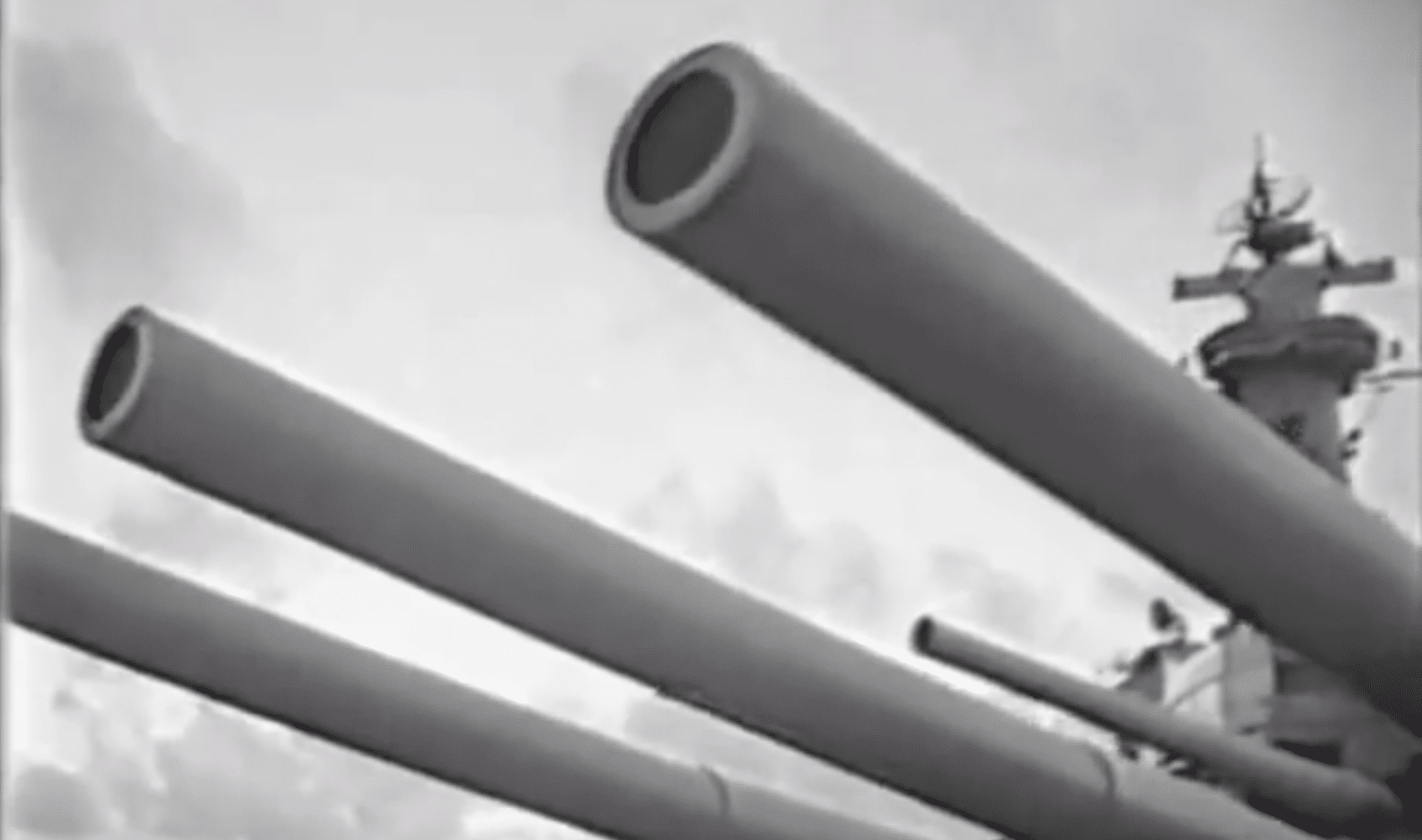 The video explains the intricate process of loading and firing the gun, which includes dozens of men all working together in a coordinated, assembly line-like effort. The video also shows some of the crewmen standing near the massive projectiles that are fired from the gun. The missiles weight more than 2,000 lbs each and are some five feet in length.

Once fired, the armor-piercing and explosive projectiles leave the 66-foot long barrel of the gun speed of more than 2,700 feet per second. They can travel at least 20 miles before reaching their intended target, and the total flight time is just over one minute. 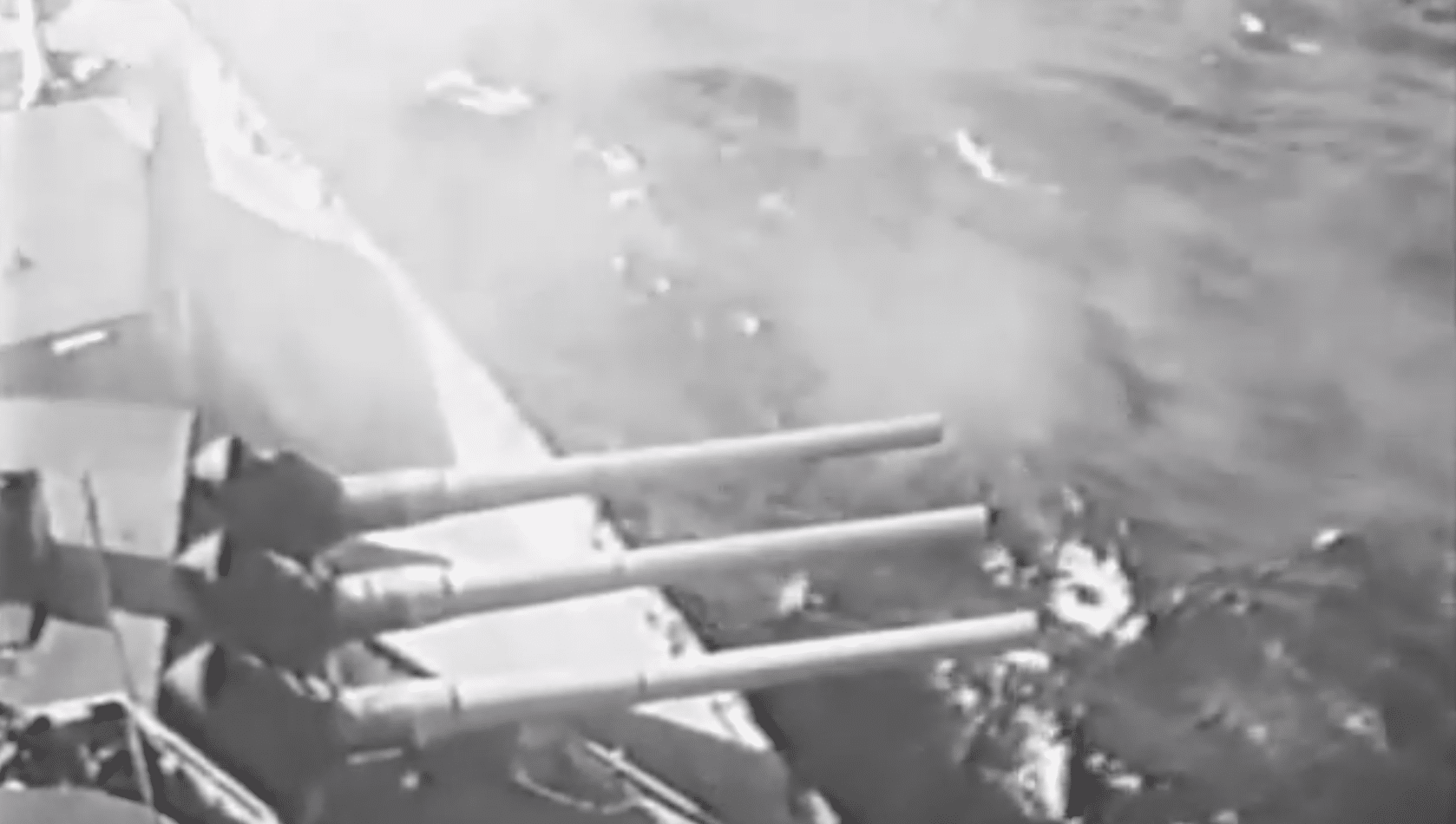 Originally ordered by the Navy in 1939, the plan was to have six Iowa-class battleships. Four of the six — Iowa, New Jersey, Missouri, and Wisconsin — were completed. However, while Illinois and Kentucky made it into production, they were ultimately canceled and scrapped by the late 1950s. 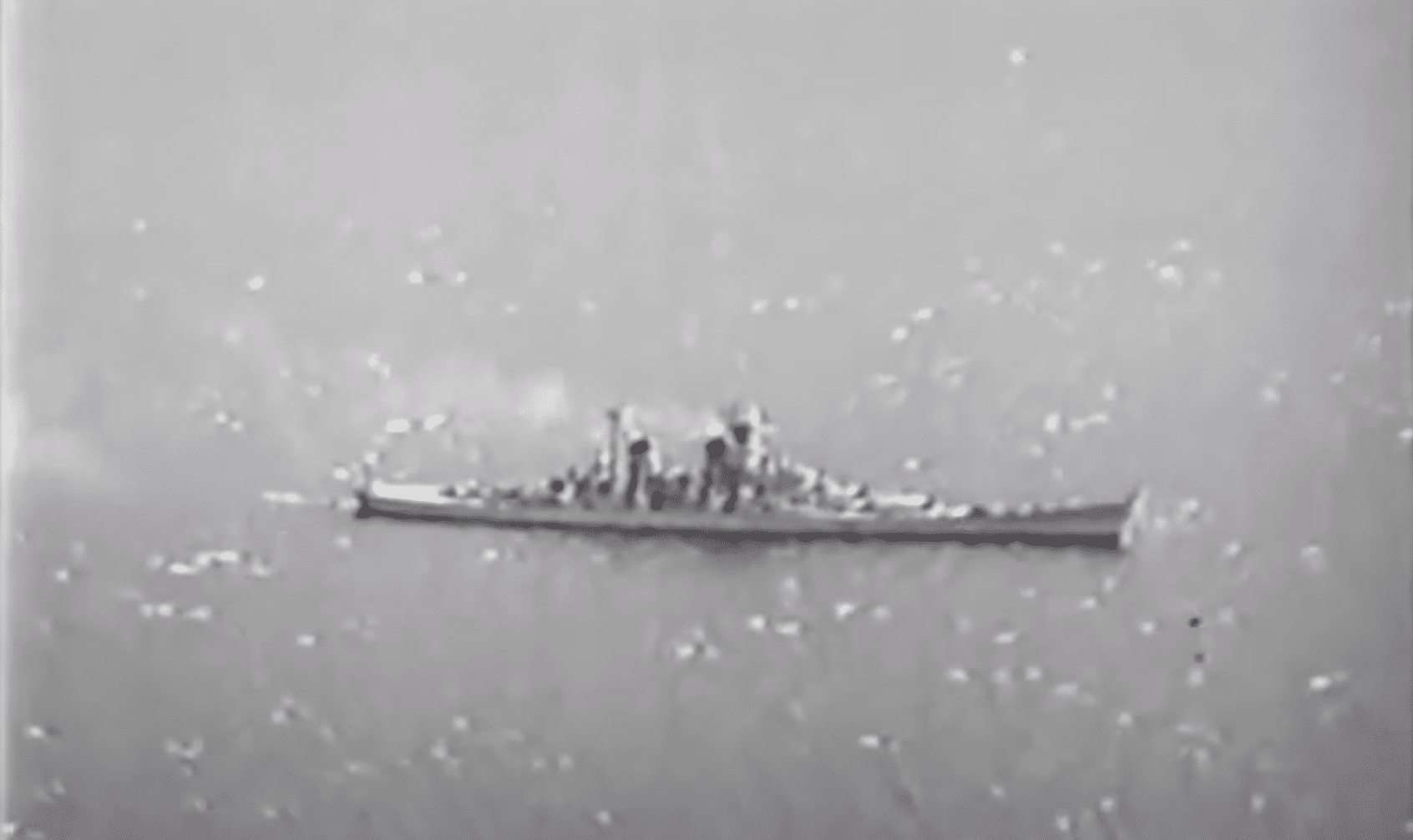 Although the ships had already been in use for decades, all four were deemed essential, leading to reactivation and modernization at the direction of Congress in 1981. Two of the ships, Missouri and Wisconsin, were then used during Operation Desert Storm in 1991.