World War II bridged the gap between the battles of yesteryear and modern combat. Over the course of just six years, dozens of countries introduced weapons and machinery never before seen. With this changing landscape, militaries were tasked with ensuring they could fight on every front. During WWII, some of the largest, strongest and most fierce battleships sailed the ocean waters as the war raged on beyond the boundaries of land.

Check out the video below to learn more about some of the battleships and battlecruisers that were used during the war:

The largest battleships by displacement that were launched during the war were from Japan’s Imperial Navy. The Japanese had two Yamato-class warships, called the Yamato and the Musashi. At some 70,000 tons each, Japan’s battleships were 15% larger and seemingly more capable than any other nation’s vessels – including the U.S.

The massive battleships were commissioned midway through WWII during a time in which combat in the Pacific theater began to escalate. However, their deployment was short-lived. Both the Yamota and Musashi sank before the end of the war after intense bombings by American aircraft. 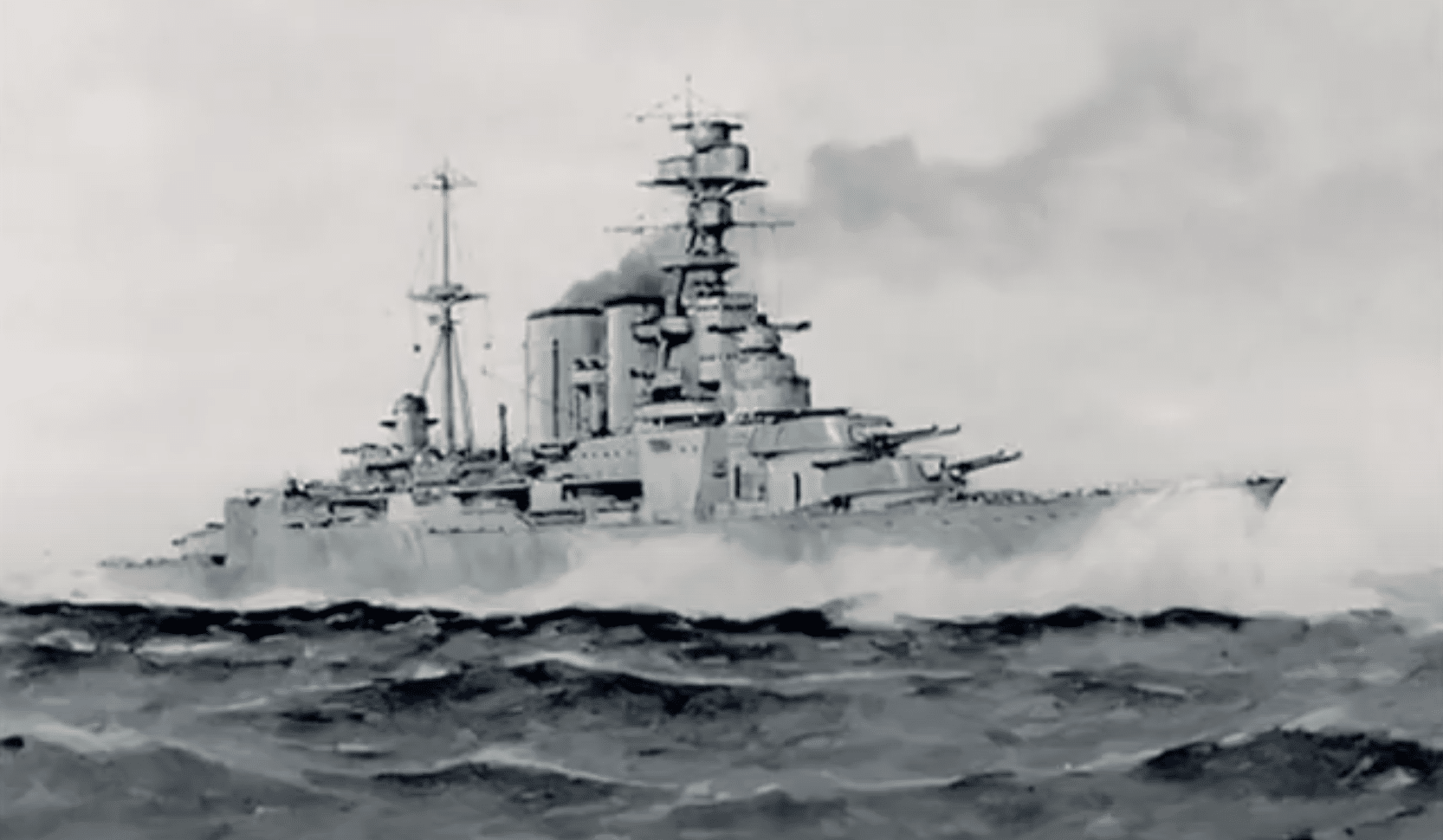 Counting down the ten biggest and most powerful battleships deployed during World War II. (Typhoon/YouTube)

Although the U.S. may not have had the largest battleships by size, the Navy’s fleet still consisted of some of the most powerful and well-equipped vessels to sail during the war. In early 1943, four new Iowa class ships were commissioned: the Iowa, Missouri, New Jersey and Wisconsin. Despite these new ships falling short of Japan’s Yamato class by sheer size, they proved to be considerably more effective.

Each Iowa-class vessel deployed during WWII successfully completed their stints, and would further serve in Vietnam and Korea. Today, all four battleships have been decommissioned and are now museums stationed all across the country.

Counting down the ten biggest and most powerful battleships deployed during World War II. (Typhoon/YouTube)

While the U.S. and Japan deployed their largest ships in the Pacific theater during the later parts of the war, the Axis and Allied powers in Europe also utilized battleships of their own from the very beginning. The Italian, French and Royal navies all deployed dozens of ships with the largest classes surpassing 40,000 tons.

Interestingly enough, two nations not usually associated with WWII, Brazil and Argentina, also deployed two ships each for use as protection. While their battleships were older (commissioned before the first World War) they still make the list as some of the largest deployed in the 1940s.