See a mortar collide with watermelons for amazing fireworks

YouTuber Taras Kulakov​ uses a mortar to blow up a watermelon and captures it all in slow motion. (CrazyRussianHacker/YouTube)
May 18, 2016 Wade Bennett
Share
Tweet
Flip

If you ever wanted to watch a couple of watermelons explode in slow motion, Taras Kulakov from the CrazyRussianHacker YouTube channel has you covered. In this 2016 video, he decides to stuff a couple of fruits with mortars and capture the results in the super slow-mo video. However, not every attempt goes as planned.

Check out all the action in the video below:

“What we’ve got here is a pretty large mortar that usually you put in a tube to shoot up and blow up,” explained fellow vlogger Roman Atwood in the video. “But we’ve made our own tube out of a watermelon.”

After some discussion on which way the watermelon should be positioned for maximum-explosiveness, the guys prepared to light it up. However, soon as after the fuse started to burn, a problem arose. 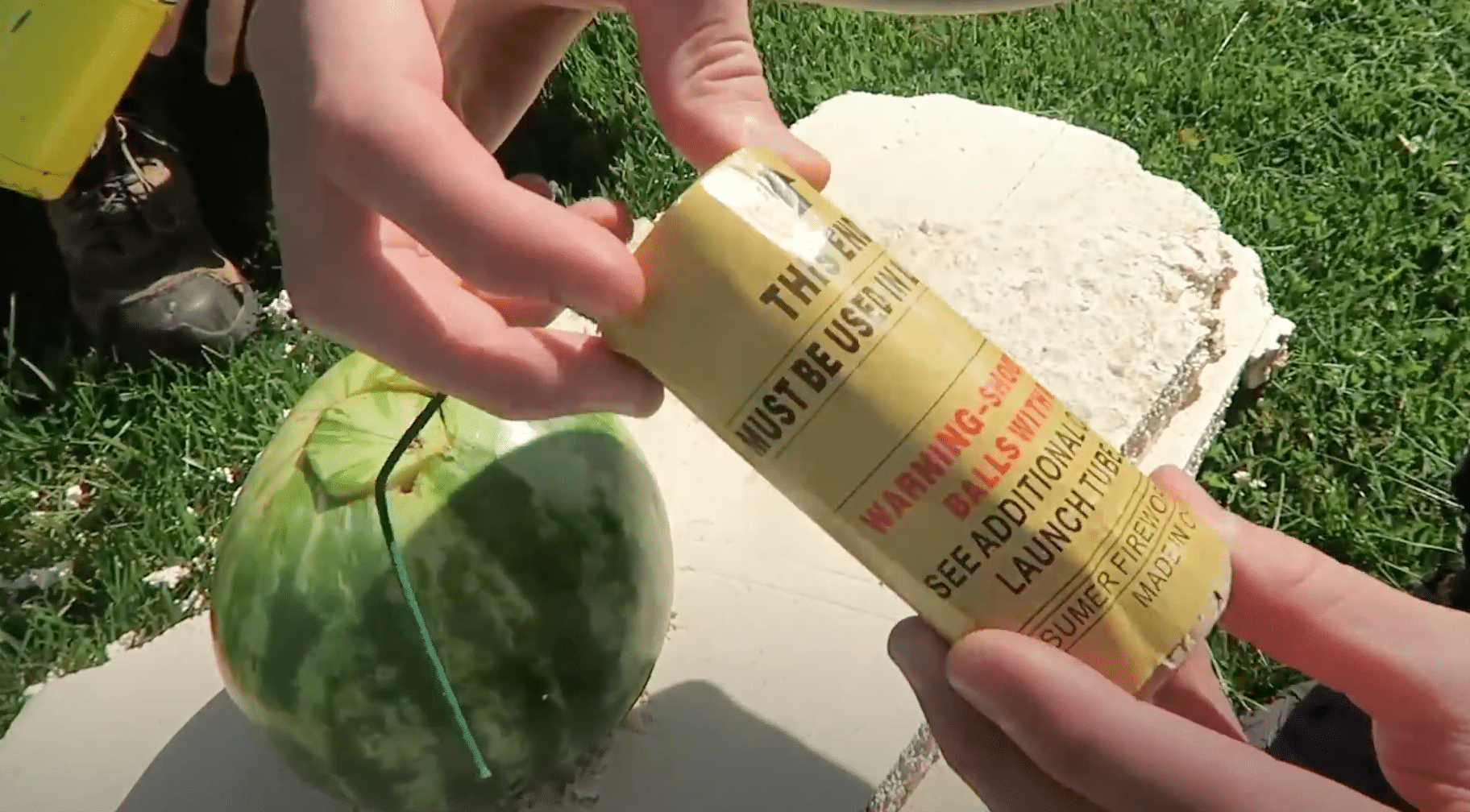 “It went out! It went out!” Atwood exclaimed. “No way. It’s too wet.” The watermelon, which is about 92% water, soaked the fuse. Their first attempt was a dud.

For attempt number two, the guys decided to replace the mortar with a fresh, dry one, reposition the watermelon and quickly light the fuse to minimize any issues. There was some brief concern as the mortar-filled-melon seemed to be positioned right at them, but seconds later, the explosion went off without issue. 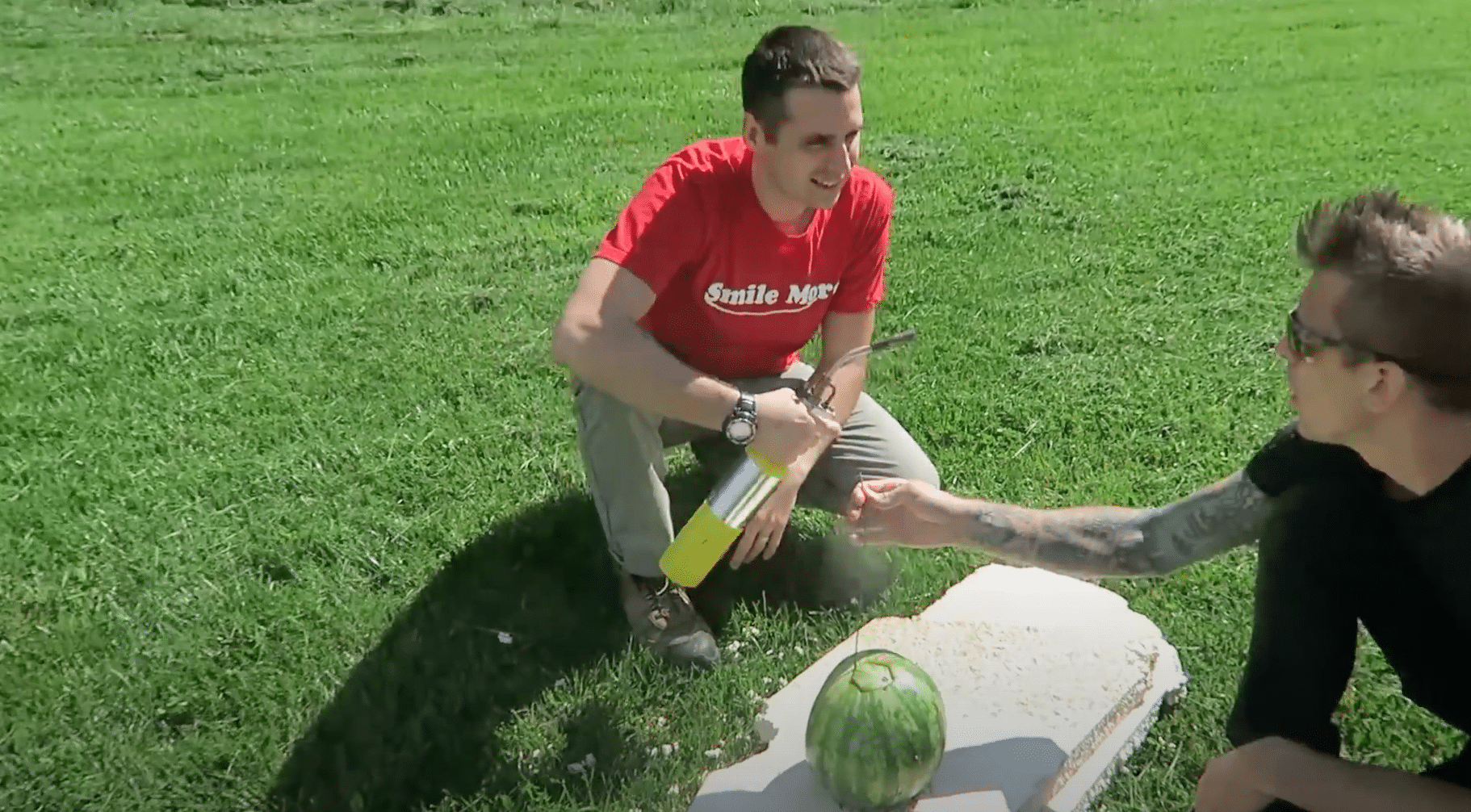 Not only was the watermelon completely obliterated, but the stand the guys had set up was completely destroyed as well.

The slow-motion replay lets viewers relive the moment at an incredible 12,000 frames per second. After a brief orange flash from the mortar and a puff of smoke, the watermelon suddenly turned to pink mush that flew in every direction. 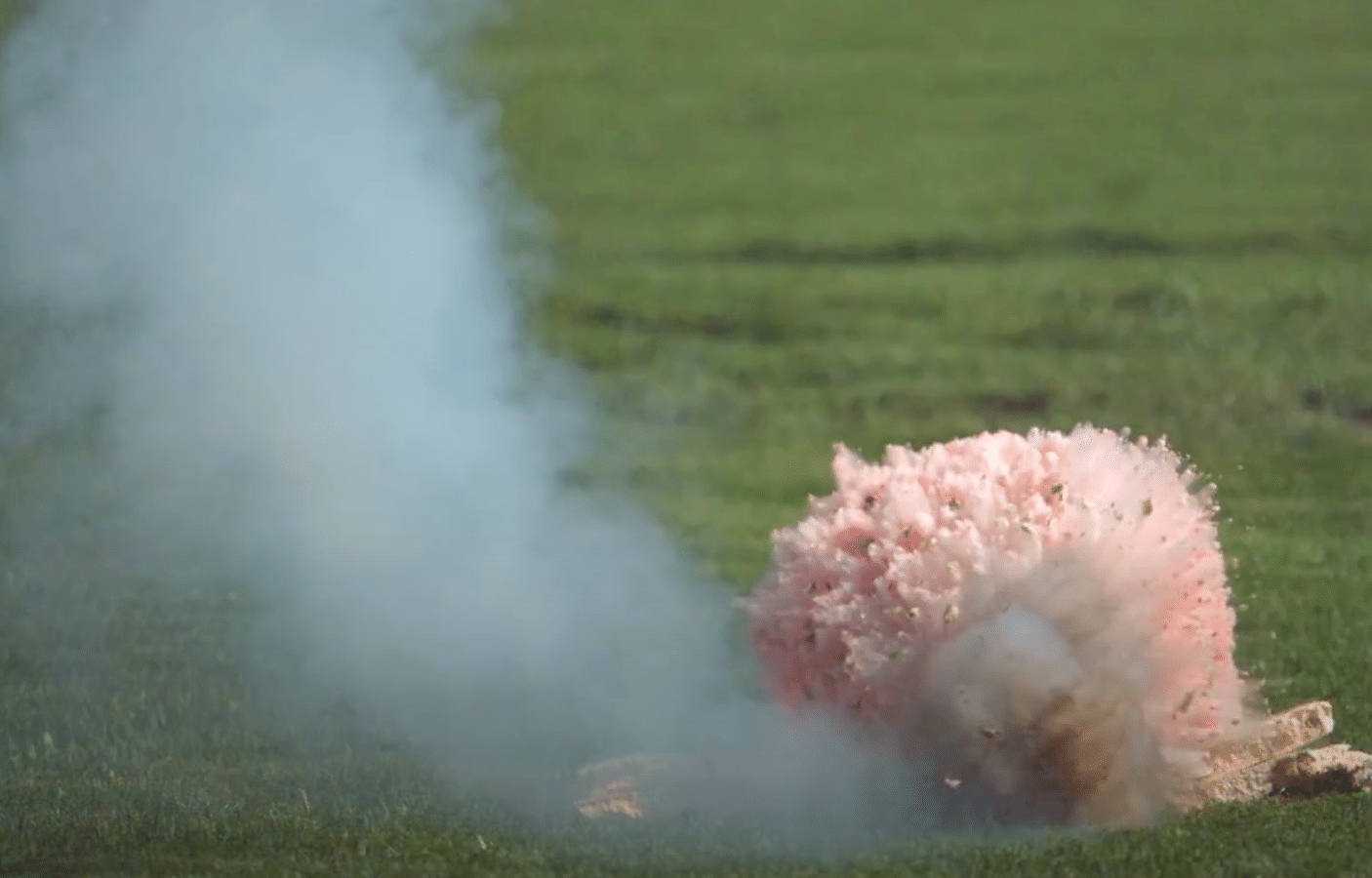 After achieving a successful explosion, the guys decided to offer up another mortar and melon, this time with a new stand cradling it and the fruit in yet another portion. However, something went wrong. The mortar was ejected from the watermelon after lighting, causing a brief moment of panic as it exploded in the grass.

Not letting the watermelon get the best of them, the guys decided to reload and try again. This time, it’s another success. The once 20-pound watermelon was reduced to pieces, and the slow-motion replay captured the event in all its glory.

Taras Kulakov has amassed more than 11 million subscribers on the CrazyRussianHacker YouTube channel. His videos often showcase stunts and demonstrations that utilize cars, guns, and explosives.