“Bulletproof glass” has become almost an all-encompassing term used for any sort of glass that is supposedly strong enough to withstand gunfire. However, not all bulletproof glass is created equally, and not all firearms can be held back by the material.

Jeff of the TAOFLEDERMAUS YouTube channel attempts to clear some of the confusion where he puts true level III rated bulletproof ballistic glass to the test against an array of different weapons.

Check out the video down below:

Jeff explains that the glass used in the video is 1 1/8″ thick and rated to stop a .44 Magnum “guaranteed,” but Jeff won’t just take the manufacturer at their word.

“We’re going to throw a whole bunch of different rounds at it and see what actually goes through it,” Jeff explains.

The first gun in the test is a Ruger firing a .22 long rifle. From a few yards away, Jeff’s guest shooter fires off a single round that strikes the top corner of the bulletproof glass.

At first glance, the bullet seems to have done some damage, but a super slow-motion replay reveals that the material held up nicely. The bullet can be seen bouncing off the glass and ricocheting in another direction. While there are cracks present, the integrity of the glass remains intact. 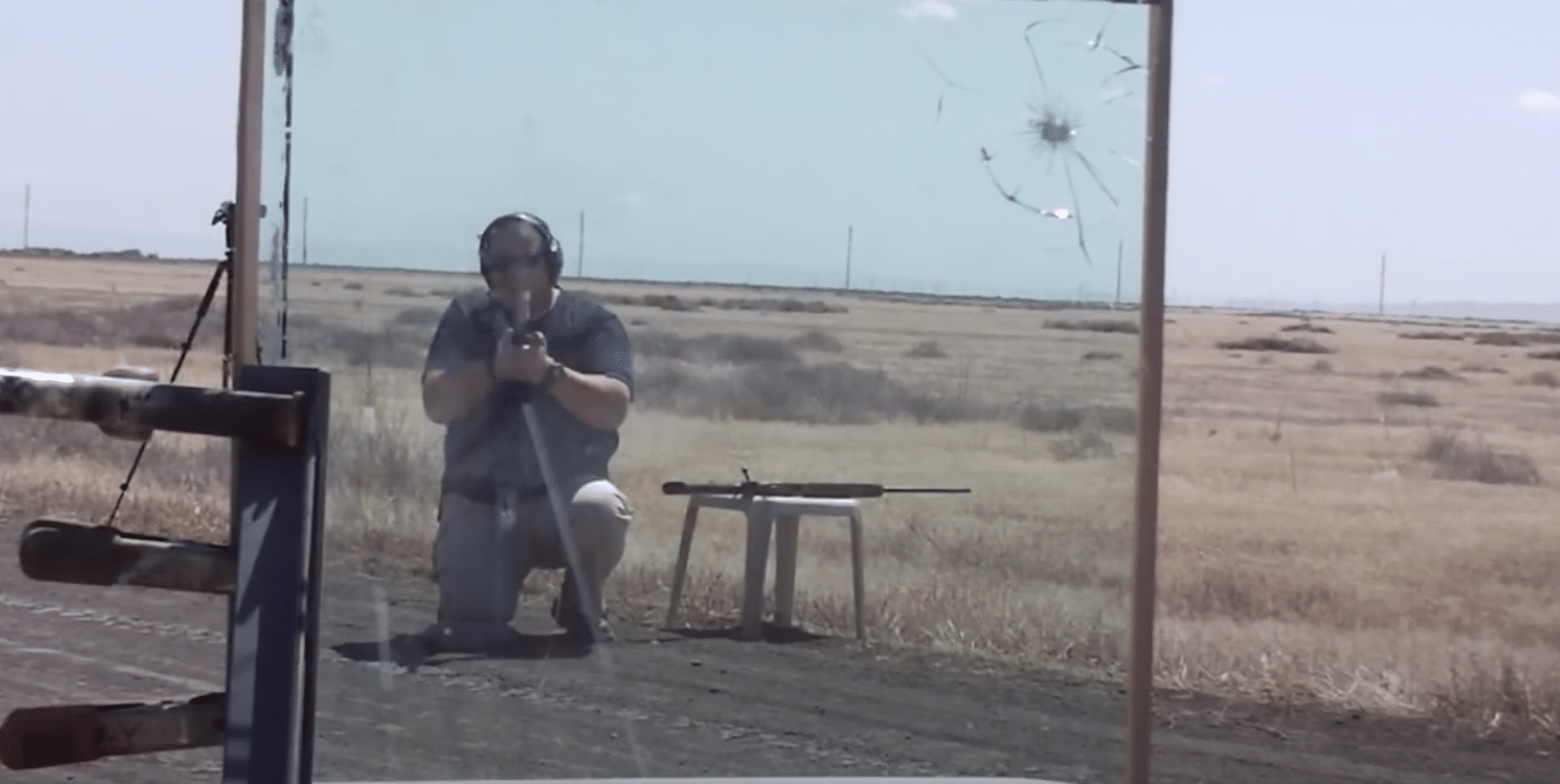 A second round, this time a 9mm, strikes the already-battered glass nearly in the same spot as the last. An even bigger wound forms in the material, but another slow-motion replay shows the bullet once again bouncing off the barrier and flinging off-screen.

A Glock 22 and Glock 30s attempt a few more times to break through the glass with a wide array of bullet options, but with each attempt, the bulletproof material holds its own.

At last, the shooter ups the ante with a rifle, and the glass finally meets its maker. The beaten and battered barrier gives way after half a dozen successfully attempts, and the bullet finally makes it through.

While the guns did end up getting the best of the glass in the end, Jeff explains that the test was a success. This manufacturer’s claims about its own bulletproof glass hold true, having stopped everything the glass was rated for and then some.