Welcome to the latest edition of MTV Cribs: The Afghanistan War edition. This British soldier — the self-proclaimed funniest British soldier alive — takes us on a tour of his humble abode.

He shows us his modest sleeping arrangements, some top of the line equipment and furniture he uses to furnish his “crib.” An unexpected guest even comes to visit, in typical “Cribs” style.

When you consider the extravagance of MTV Cribs, the hot tubs, over the top bathrooms, and movie theaters, and put it into play in this video, it’s insanely funny.

As the British soldier jumps up quickly from a nap when he gets a guest, he immediately begins the tour of his crib, and he does so with pride. In line with soldier life, his tour is complete with a bunch of profanities.

He welcomes the camera into his crib and starts the tour with his bed and pillow. The bed is brittle dirt and his pillow is a metal box. 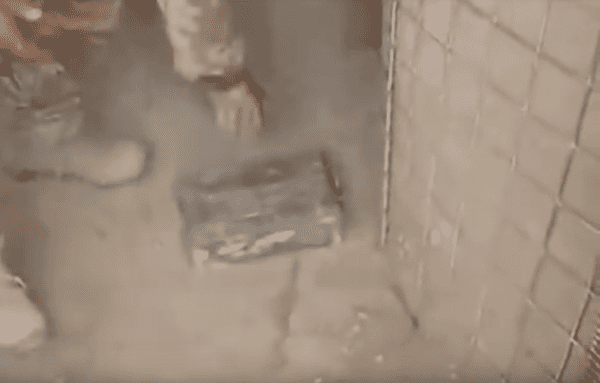 His fridge is a filthy, but large container of water that he says is safe if you boil it first, but he doesn’t hesitate before taking a swig.

Next, emergency supplies including medical kits and flares. Never forget the flares, which can also be used as fireworks, he says.

He draws special attention to the “windows,” which are really just open-air areas under the roof of the “crib.” He makes sure to describe them as bulletproof, too.

Check out the video showing the hilarious tour:

Get a great view of Afghanistan with both day and night versions of binoculars, he said.

And then there is that machine gun, loaded and ready to rock, all set up for fire with split-second notice. 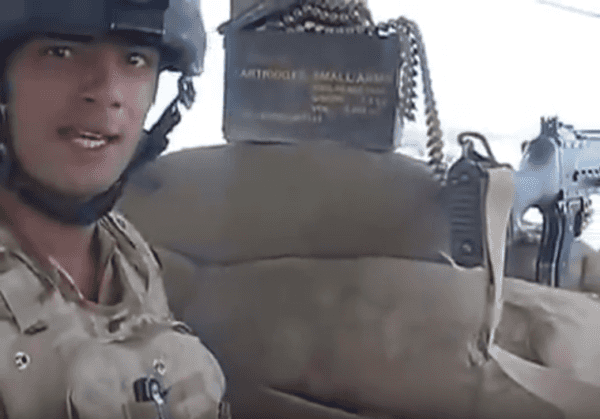 He shows off his radio, but not the kind that plays music. Instead, it features the voice of his commander bellowing in his ear.

Once the “indoor” tour is over, he takes the camera outside to the “bathroom.” There, he highlights a pipe coming from the ground. “You’re thinking drain pipe, I’m thinking of doing my business,” he said before acting out bathroom activities. 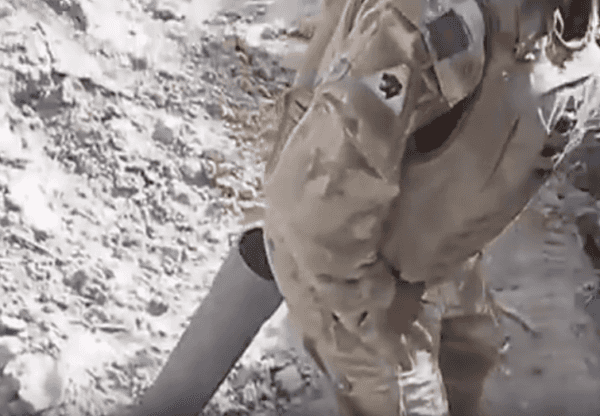 No episode of Cribs would be complete without a tour of the vehicles.

The soldier takes the camera to his “pimped out” ride, which turns out to be a military tanker.

MTV Cribs is considered reality TV, but there is nothing more real than watching this soldier showcase his living quarters in a war zone.