How many footballs does it take to stop rounds from a Glock 19?

One of the most interesting gun-related experiments often conducted is seeing how far a bullet can travel through every day objects. During a life or death situation, it can sometimes be valuable to know that hiding behind a dresser or using a desk for protection are viable options in protecting yourself from gunfire.

If you happen to have a whole bunch of footballs that you can line up in a row, that also might be enough to stop a bullet too.

A 2016 video posted to YouTube pits some footballs up against a handgun, and the results are pretty interesting. Check out the video below:

YouTube user Edwin Sarkissian put together twenty footballs in a makeshift wooden brace for the experiment. His weapon of choice was the Glock 19, and he loaded the weapon with 9mm HST hollow point rounds. 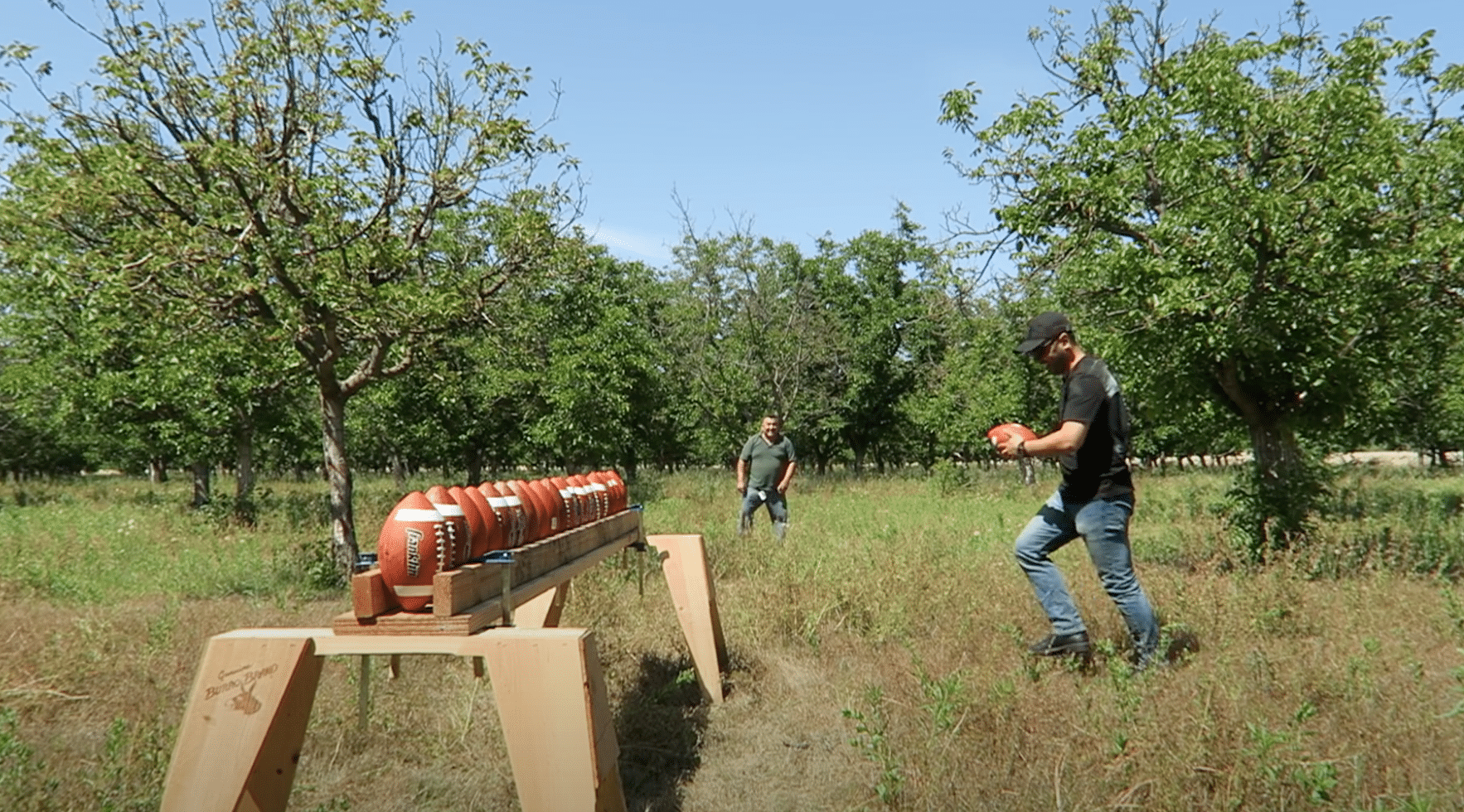 Sarkissian decides to fire from just a few feet away, no doubt putting the footballs to the ultimate test. As the gun fires and the bullet travels through the line, a handful of footballs can be seen moving ever so slightly, but the damage is not immediately obvious. 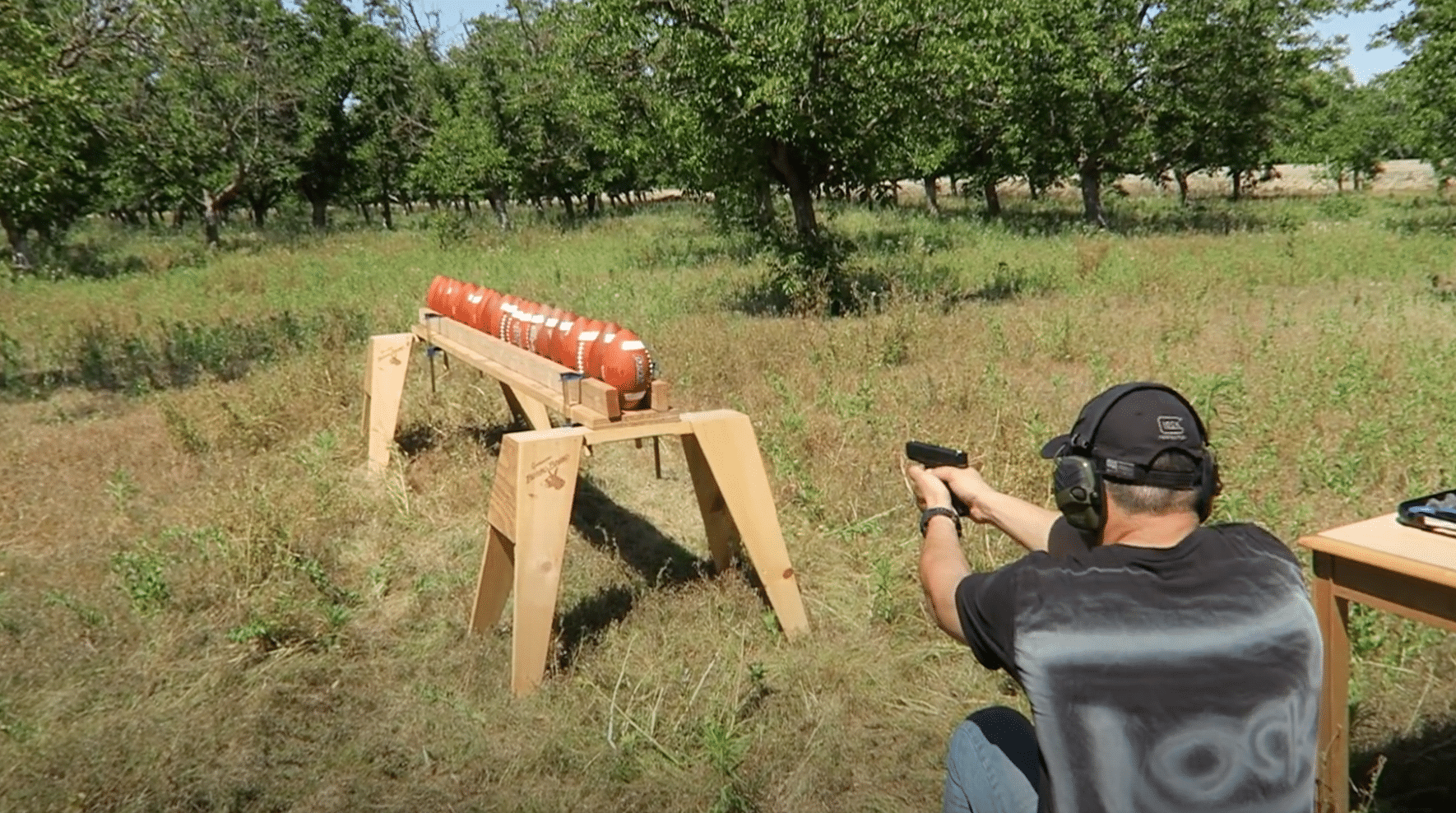 Upon further inspection, Sarkissian finds a clear and clean bullet hole in the first football which has now become flat. He then begins to go through all the balls one by one, each sporting a bullet wound of their own.

By the fifth ball, the once perfectly round bullet hole has now become little more than a tear in the pigskin leather. As he counts all the way down to the ninth football, a shake of the ball reveals the bullet’s final resting place.

“OK, there’s a big piece in here,” Sarkissian says to the camera. After a few moments of ripping open the football, Sarkissian finds the mangled but still recognizable remnants of the bullet.

“Whoa. That’s cool. There it is!” he says with a smile. The bullet now resembles a discarded banana peel. 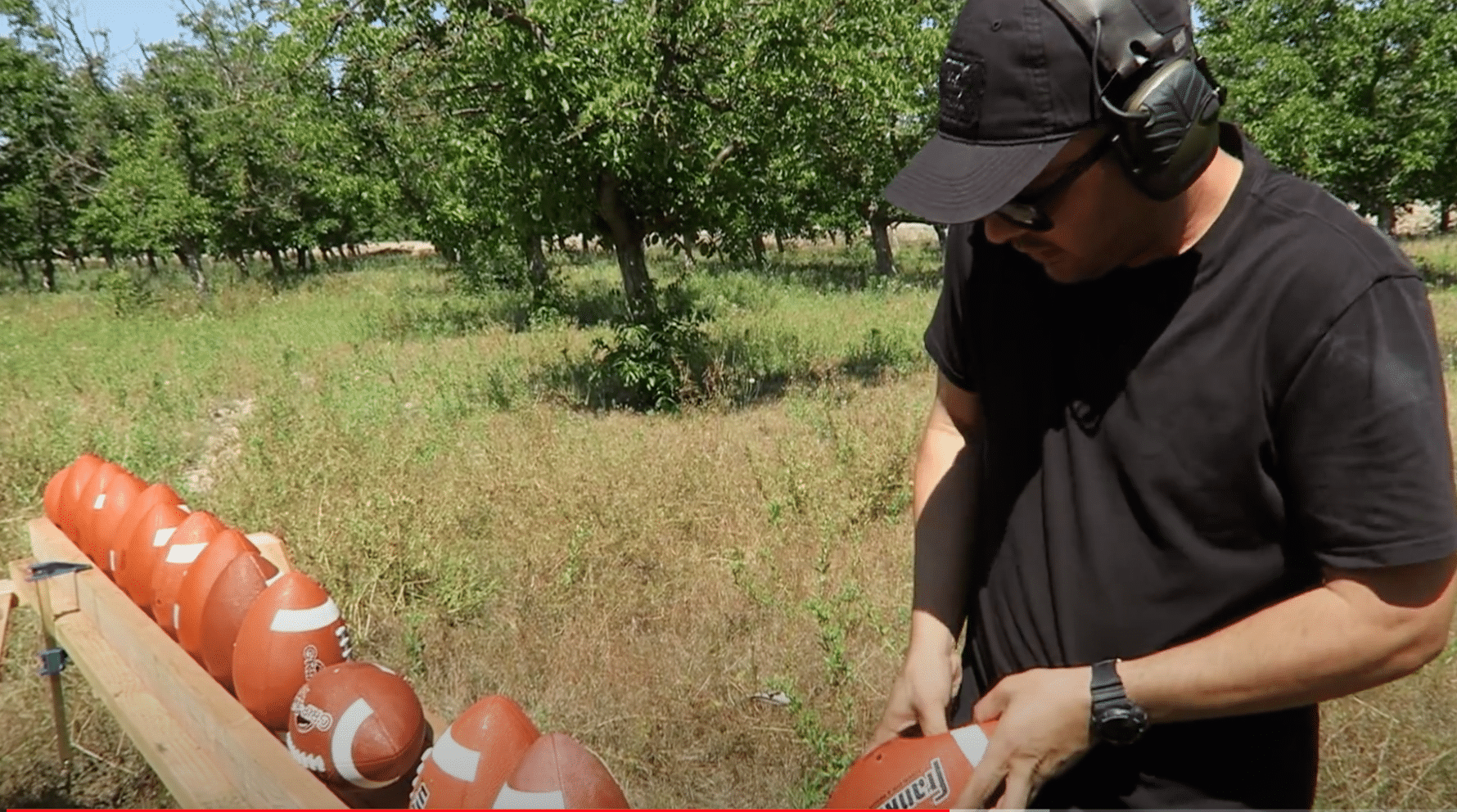 While impractical, it is interesting to know that it takes just nine regular footballs to stop a bullet from point-blank range. Sarkissian conducts other similar firearm tests on his YouTube channel which has amassed more than 2.4 million subscribers.