The Boeing AH-64 Apache is one of the deadliest and most versatile aircraft in the United States Army’s arsenal. More than 2000 of these choppers grace the skies around the world offering support and protection for the men and women in uniform. 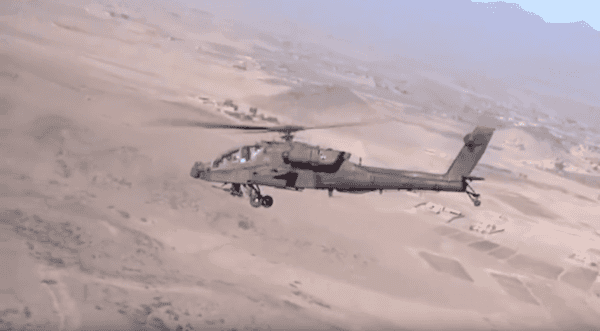 The video opens with a few beauty shots as the Apache helicopter takes to the skies. It then offers a montage of real combat situations in which the lethal chopper does its job.

Check out the Apache helicopter taking out its targets in the video below which has multiple clips. For example, at the 3:12 mark, an Apache takes out 14 Taliban terrorist fighters.

First in the chopper’s line of sights is an enemy vehicle transporting weapons down a dirt road in Iraq. The video shows the chopper’s perspective as it zeroes in on slow moving truck, completely unaware of its imminent destruction.

“You’re clear whenever you’re ready,” says a voice over the radio. “Fire. Roger.”

A single Hellfire missile can be heard launching from the underside of the Apache chopper. A moment later, the unsuspecting truck vanishes in a plume of fire and smoke. 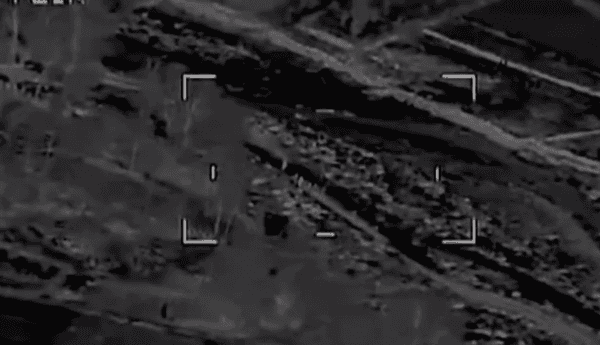 In the second clip, the Apache chopper uses its chain gun to mow down fourteen Taliban fighters in just a few short bursts. The precise shooting ability of the helicopter allows for no collateral damage.

“We are clear to engage, over,” a voice is heard over the radio before the chopper takes them all out. 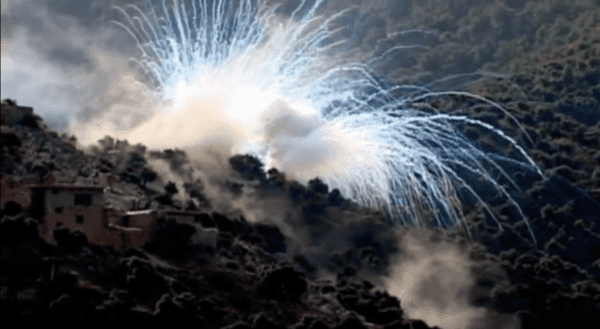 In the final clip, the helicopter uses its missiles to take out targets on a hillside near the village of Donga in Afghanistan. In just a matter of seconds, gunfire is unleashed on the area and missiles strike the ground. An explosion of dust and debris fly up as the Apache unleashes its full force.

Originally introduced in in 1986, the Apache is now the primary attack helicopter for at least six other nations. For the U.S., the helicopter has been engaged in conflicts in Panama, the Persian Gulf, Kosovo, Afghanistan and Iraq.