Here is an up close and personal view as a Catapult Topside Petty Officer (CTPO) launches F/A-18A/B Hornets from an aircraft carrier. A CTPO is responsible for ensuring the aircraft is properly hooked up to the catapult that makes takeoffs possible. They also ensure all flight deck crew are safe and secure throughout the launch process.

Lt. Cmdr. Ron Drake said, “The catapult officer is responsible to ensure the catapult is prepared and ready to launch aircraft, the aircraft is properly configured to be launched, all personnel are in their proper position and any observers are behind the safe shot lines. The catapult officer determines the steam setting for the catapult, ensures the catapult is properly configured and the wind and deck pitch are within limits, and then either gives the signal to launch the aircraft (when shooting topside) or pushes the fire button (when shooting from the Integrated Catapult Control Station),” according to the United States Navy. 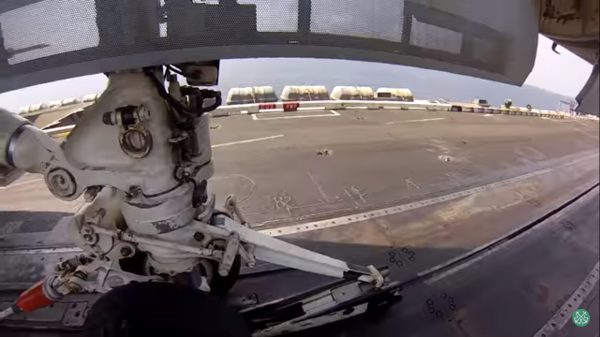 The majority of CTPO’s will train for three weeks in Lakehurst, N.J. The training covers the proper actions needed to launch and recover the planes. Following the training, they will complete more training on their ship.

Not only do you get a taste of the duties of a CTPO but you get to see some Hornets get launched into action.

Catapult officers are also called shooters. The other aircrafts you see are the “F/A-18C/D (Legacy) Hornets, F/A-18E/F Super Hornets (Rhinos) and the EA-6B Prowler,” the United States Navy explained.

The job of the catapult officer is very tedious and requires special skills. It is their job to make sure the aircraft is in the correct position and the tow bars are in place. They then, raise the jet blast deflectors and make their final checks. The officer will open the valves, filling the cylinders with high pressure steam for take-off. The pressure is monitored very carefully and must be perfect. 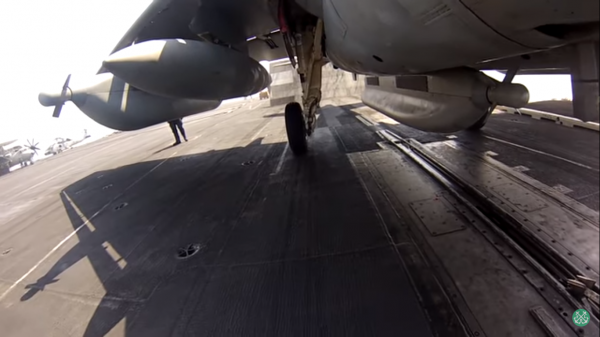 Once these conditions have been met, the pistons are released and the plane advances, the pressure from the steam launches the plane into flight. The steam pressure is so great that “it can launch an aircraft weighing 45,000 pounds from zero to 165 miles per hour in just two seconds,” according to How Stuff Works.

The job of the catapult officer is exciting but also very dangerous. It is also very loud. The crew works around planes that are soaring in for a landing at very high rates of speed and taking off almost as fast.